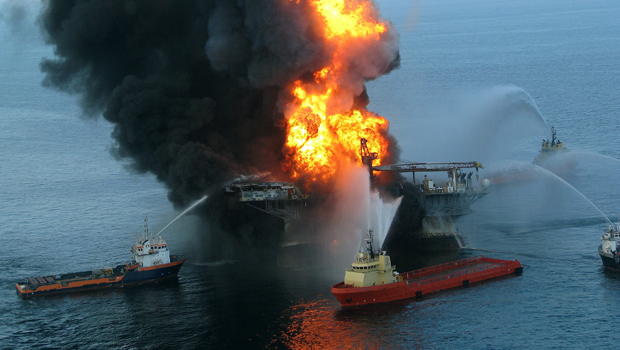 In April 2010, the Deepwater Horizon exploded and burned, killing 11 rig workers and creating the largest oil spill in U.S. history. Federal prosecutors say Transocean has now admitted that its crew members were negligent in proceeding to drill at BP's Macondo well in the Gulf of Mexico, despite clear indications that it was not secure.

In a news release, Acting Associate Attorney General Tony West stated that the settlement "will aid the Gulf region's recovery from the Deepwater Horizon oil spill and required Transocean to take important steps that will help guard against such incidents happening in the future."

If the court approves the settlement, $150 million dollars in criminal penalties will help the ecosystems harmed by the oil spill. Another $150 million will go to fund improved oil spill prevention and response efforts. Most of the $1 billion in civil fines for violating the federal Clean Water Act will go to fund projects for the Gulf states' environmental and economic benefit.

Last November, BP pleaded guilty to criminal charges in the disaster, including lying about the extent of the oil leak, and agreed to pay $4.5 billion in fines and restitution. BP is currently investigating the leakage of an "unidentified substance inconsistent with oil" from the site of the Deepwater Horizon wreckage.