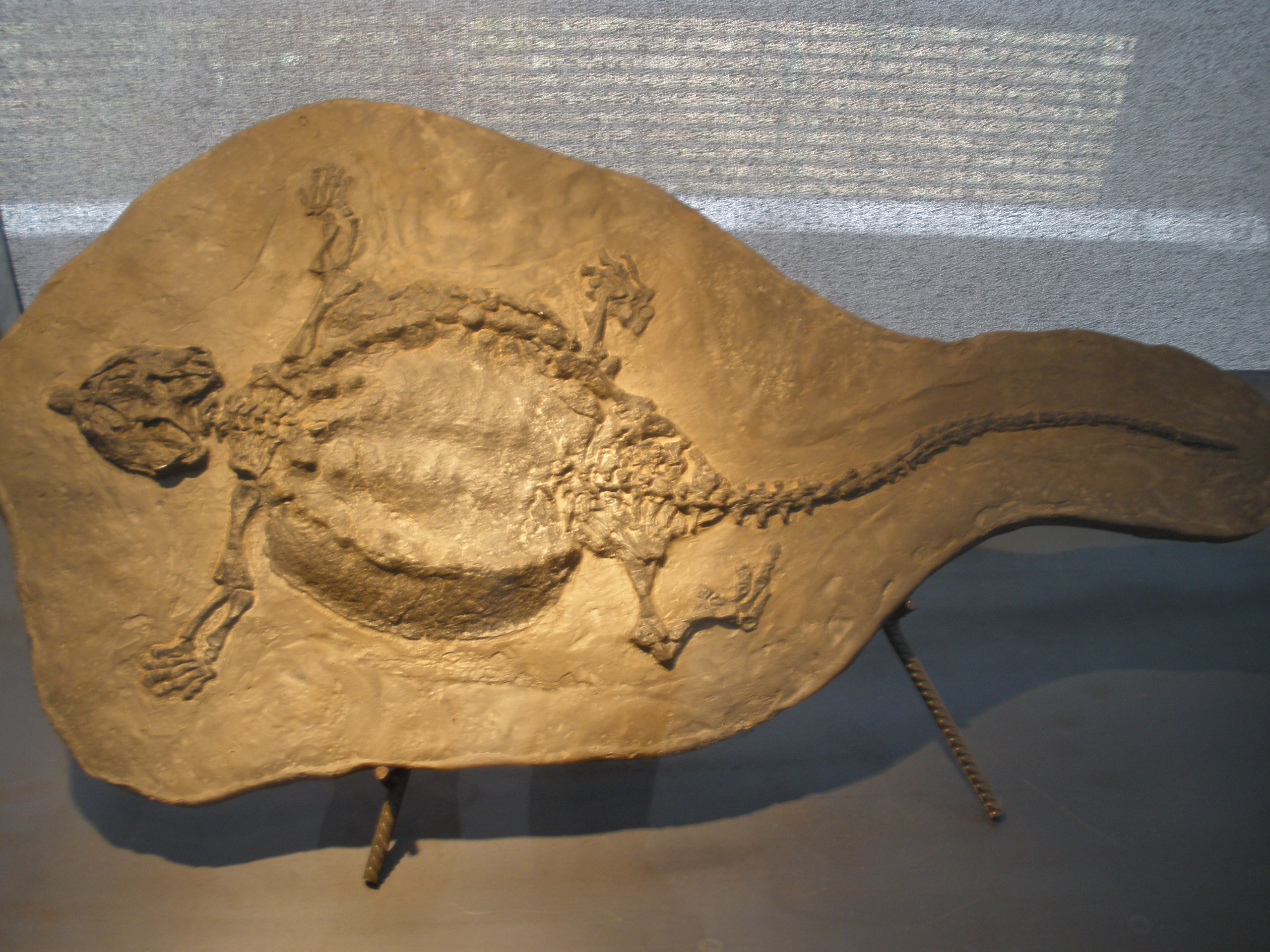 Scientists believe a sharp rise on greenhouse gases and a spike in temperatures from the volcanoes decimated species on land at the end of the Triassic. But until now, little has been know as to why 50 percent of all marine species also perished - including eel-like conodonts, reef ecosystems, giant whale-like shonisaurids (a type of ichthyosaur), and the armored turtle-like cyamodonts.

A study this month in Geology may have found the answer. The same forces that fouled the air also helped turn the ocean into a toxic soup.

Specifically, the rising greenhouse gases created a condition called marine photic zone euxinia in the Panathalassic Ocean, the larger of the two oceans surrounding the supercontinent of Pangaea. Photic zone euxinia occurs when the sun-lit surface waters of the ocean become devoid of oxygen and are poisoned by hydrogen sulphide, a byproduct of microorganisms that live without oxygen and is extremely toxic to most other life forms.

"As tectonic plates shifted to break up Pangaea, huge volcanic rifts would have spewed carbon dioxide into the atmosphere, leading to rising temperatures from the greenhouse effect," said Jessica H. Whiteside, a lecturer at the National Oceanography Centre Southampton at the University of Southampton and a co-author.

"The rapid rises in CO2 would have triggered changes in ocean circulation, acidification and deoxygenation." she said. "These changes have the potential to disrupt nutrient cycles and alter food chains essential for the survival of marine ecosystems. Our data now provides direct evidence that anoxic, and ultimately euxinic, conditions severely affected food chains."

Whiteside said the "same CO2 rise that led to the oxygen-depleted oceans" and to mass extinctions on land paved the way for the arrival of dinosaurs.

To make the connection between runaway global warming and the changing chemistry in the oceans, Whiteside and her colleagues extracted and analyzed fossilized organic molecules from islands off British Columbia. The molecules, derived from microbes including bacteria that are important to regulating ocean chemistry, came from sediments dating back to the Panathalassic Ocean now preserved in sedimentary rocks.

They found evidence of a certain brown-pigmented green sulphur bacteria that only lives in water under euxinic conditions.

Previous studies have shown evidence of photic zone euxinia on land and along coastal areas. But this is the first to show that it happened in the open oceans.

"This is critical because open ocean systems better reflect global conditions," she said.

Neil Kelley, a postdoctoral researcher at the Smithsonian National Museum of Natural History, who studies the evolution of Triassic marine reptiles, said the paper goes a long way to explaining how the volcanic eruptions at the time "might have triggered a simultaneous extinction in the oceans and on land."

"The new paper in Geology helps to connect these dots by finding chemical evidence of major chemical and biological disturbances in Triassic rocks," he said by email. "We previously had evidence for similar disturbance in restricted inland seas close to the center of volcanic activity. Importantly this new paper shows that toxic ocean conditions extended into open ocean waters on the far side of the globe, so it supports the idea of a relatively rapid global extinction on land and sea."

But while praising the findings as "very sound," Kelly said there remained more work to be done to understand the "precise chain of events" that caused the mass extinction.

"It is likely that massive carbon dioxide release during eruptions and warming of the atmosphere and ocean played a role in the extinction, and this has worrying parallels to the current rapid release of carbon dioxide and other greenhouse gases by human activity," he added.