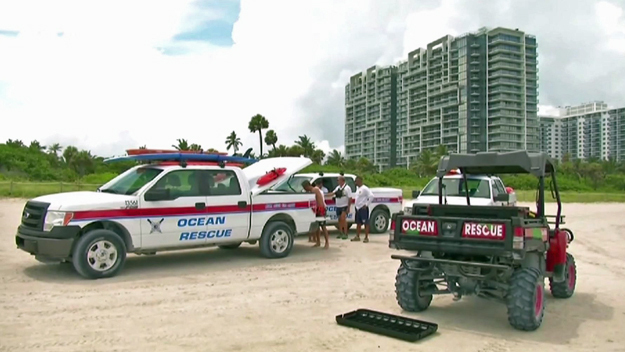 MIAMI BEACH -- A day at the beach turned deadly for a tourist.

Miami Beach Fire Rescue said a Ft. Myers couple were visiting Miami Beach when they both got caught in a rip current, near 23rd Street, reports CBS Miami.

The man was able to save his wife, officials said, but the current then took him out further.

Ocean Rescue later found him unresponsive and attempted CPR before he was taken to Mt. Sinai Hospital and passed away.