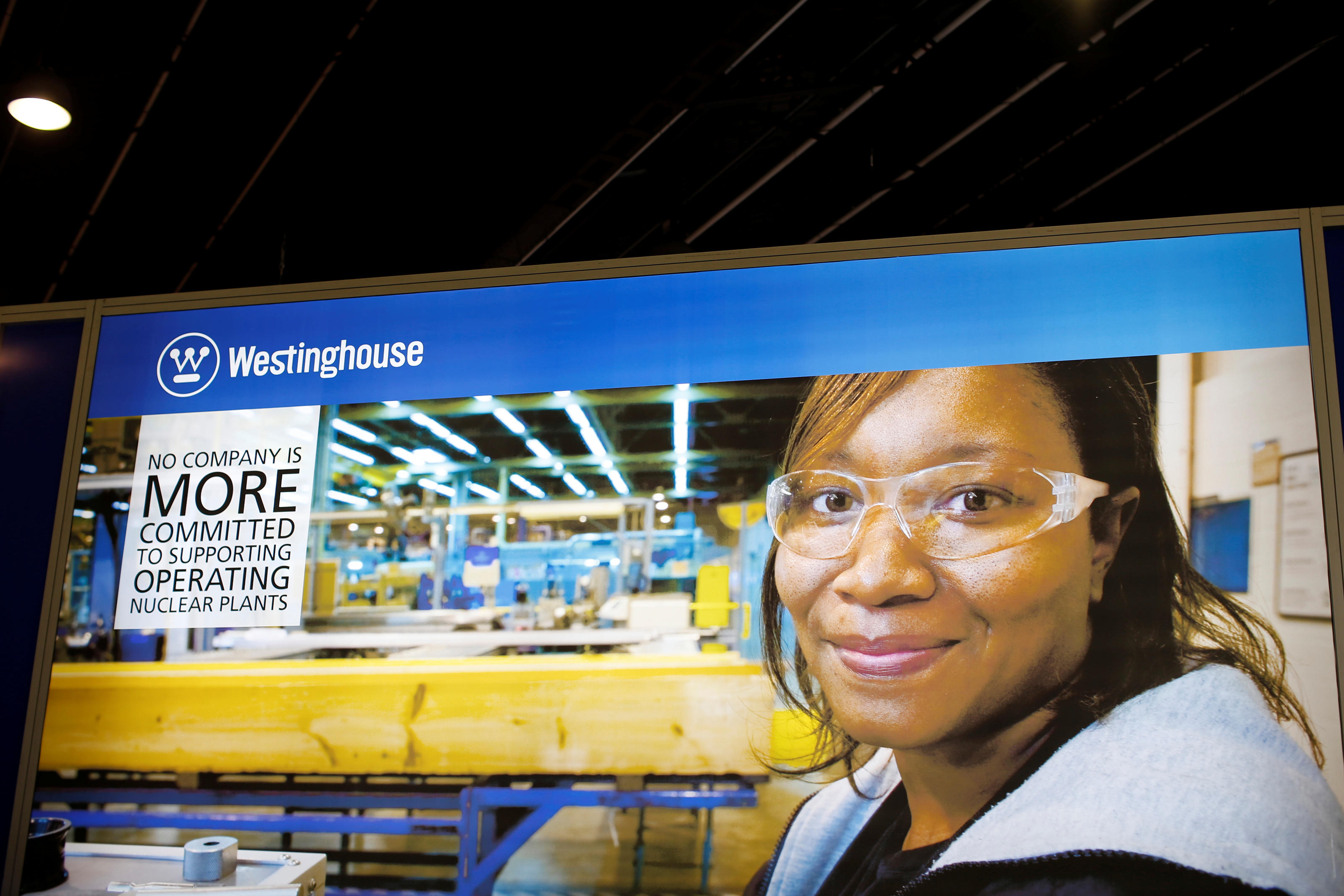 The future is looking dimmer for Toshiba’s nuclear unit Westinghouse.

The Cranberry, Pennsylvania-based unit filed for Chapter 11 protection from creditors on Wednesday, just three months after huge cost overruns were flagged, as the Japanese parent seeks to limit losses that threaten its future.

Bankruptcy will allow Pittsburgh-based Westinghouse, once central to Toshiba’s diversification push, to renegotiate or even break its construction contracts, though the utilities that own the projects could seek damages. It could even pave the way for a sale of all or part of the business.

For Toshiba, the aim is to fence off soaring liabilities and keep the group afloat. Toshiba said Westinghouse-related liabilities totalled $9.8 billion as of December, making it one of the industry’s most costly collapses to date; it had earlier estimated writedowns would swell to $6.3 billion.

Toshiba said that as a result it expected to book a net loss of 1 trillion yen ($9 billion) for the year ending in March, up from an earlier loss forecast of 390 billion and one of the biggest annual losses for a Japanese company ever.

Westinghouse’s bankruptcy, the latest financial debacle to buffet corporate Japan, comes on top of a separate 2015 accounting scandal for Toshiba. To cover upcoming losses, it has put its prized memory chip unit up for sale.

“Toshiba concluded that a Chapter 11 filing was essential to rebuild Westinghouse,” Toshiba CEO Satoshi Tsunakawa said at a news briefing in Tokyo.

The filing will now trigger complex negotiations between the Japanese conglomerate, its unit and creditors, and could embroil the U.S. and Japanese governments, given the scale of the collapse and U.S. government loan guarantees for new reactors.

Westinghouse said it has secured $800 million in financing to fund and protect core businesses during its reorganization.

Toshiba, whose shares have crashed as the nuclear problems surfaced, said it would guarantee up to $200 million of the financing for Westinghouse.

Westinghouse, which Toshiba acquired a decade ago, has nuclear projects in varying degrees of development in India, the United Kingdom and China. The U.S. unit said its operations in Asia, Europe, the Middle East and Africa would not be impacted by the filing.

The U.S. business is at the heart of the collapse, stemming from the ill-conceived acquisition of a U.S. nuclear construction company in 2015.

Japan fears Westinghouse’s collapse will incite criticism from U.S. President Donald Trump over the impact it could have on local jobs and finances as the bankruptcy could increase costs borne by U.S. taxpayers for two nuclear power plants projects in Georgia and South Carolina.

Japan’s government spokesman Yoshihide Suga said the two governments were having thorough discussions on the issue.

Toshiba will close the first round of bids for its chip business - the world’s second-biggest NAND chip producer - on Wednesday.

A source with knowledge of the issue said that about 10 potential bidders had shown interest, including Western Digital Corp which operates a Japanese chip plant with Toshiba, rival Micron Technology Inc, South Korean chipmaker SK Hynix Inc and financial investors.

Tsunakawa said offers received so far for the unit are likely to allow the company to avoid falling into negative shareholder equity. Toshiba believes the unit will be valued at least 2 trillion yen ($18 billion), he added.

The government-backed Innovation Network Corporation of Japan, and Development Bank of Japan are unlikely to join the first round, sources said, although they were expected to enter later bidding rounds as part of a consortium.

The sources declined to be identified as they are not authorized to speak on the matter.

A separate source said that Foxconn, the world’s largest contract electronics manufacturer, is expected to place an offer which is likely to be the highest bid. Other sources have said the Japanese government is likely to block a sale to Foxconn due to its deep ties with China.

Toshiba acquired Westinghouse in 2006 for $5.4 billion, then a major bet on a rebirth in nuclear projects due to high oil and gas prices, convinced that governments would cap carbon emissions to prevent global warming.
The company expected that it would win contracts to build dozens of its new AP1000 reactors, allowing it to build a pipeline of future work for its nuclear power plant maintenance division.

Regulators in both Georgia and South Carolina approved the construction of AP1000 reactors in 2009, a sign of a nuclear renewal taking hold. U.S. regulators and countries around the world were then also evaluating other proposals for nuclear projects.

But the activity stalled by the end of 2011 when the United States failed to adopt legislation curbing carbon emissions. The Fukushima nuclear accident in Japan also slowed worldwide nuclear development, causing delays at Westinghouse’s projects in Georgia and South Carolina and ballooning safety costs at existing nuclear plants.