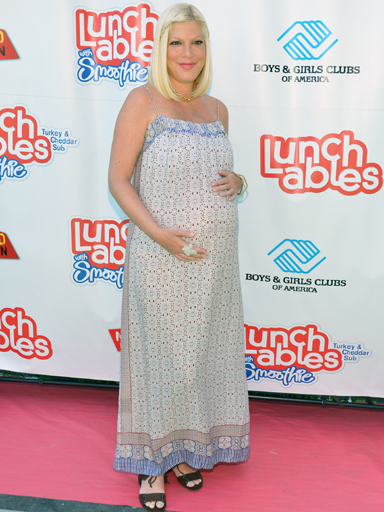 (CBS News) Tori Spelling was hospitalized over the weekend after undergoing surgery due to complications from the recent birth of her fourth child.

"Tori underwent emergency surgery over the weekend due to complications from her C-section," a rep for the "Craft Wars" host told People on Tuesday. "She remains in the hospital and is resting comfortably."

She and McDermott are also parents to son Liam, 5, and daughter Stella, 4. McDermott also has a 13-year-old son, Jack, from a previous marriage.