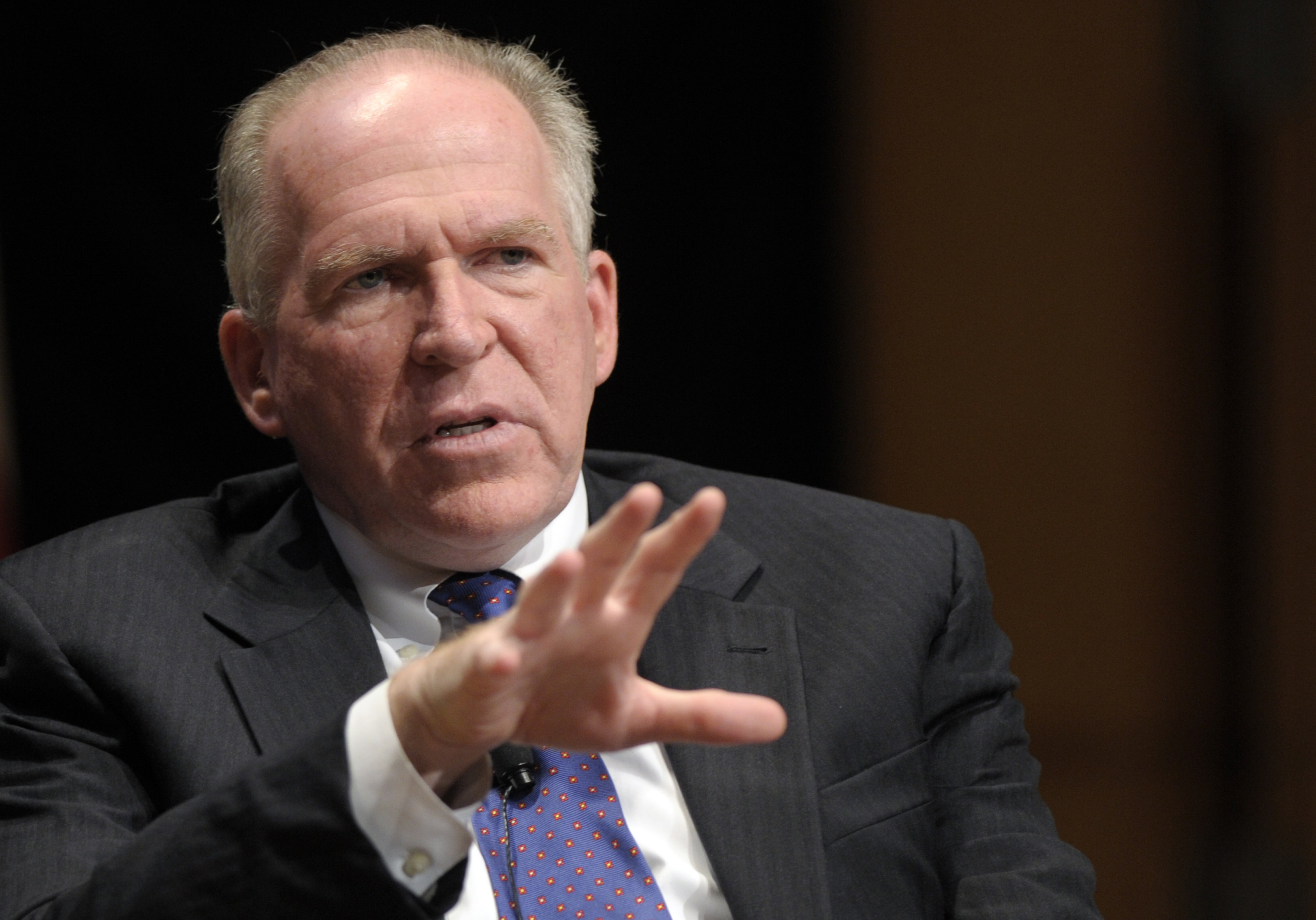 Senior White House counterterrorism adviser John Brennan was in Tripoli to meet Libyan officials Tuesday as the Obama administration continues trying to build a complete picture of the events which led up to a fatal attack on the U.S. Consulate in the eastern city of Benghazi.

The visit by President Obama's senior counterterrorism adviser was leaked by a Libyan source to the media, to the consternation of White House officials who told CBS News correspondent Bill Plante the leak created a considerable security risk.

Brennan was to meet Mohammed Mageref, president of the Libyan Congress, as well as officials from the Libyan army, intelligence agencies and the interior and foreign ministries, according to the Reuters news agency, citing the anonymous Libyan official.

The Obama administration -- and the State Department in particular -- has been accused by Republican lawmakers and some former U.S. officials who worked in Libya of ignoring warning signs and even rejecting pleas for increased security around American offices in the country ahead of the Sept. 11 attack in Benghazi, which left U.S. Ambassador Christopher Stevens and three others dead.

The House Oversight Committee will begin questioning three senior State Department staff on Capitol Hill Wednesday over claims that dozens of U.S. security personnel were removed from Libya in the six months leading up to the attack, in spite of alleged requests to increase personnel levels from American officials on the ground.

According to one of the key witnesses expected to testify before the committee this week, even Ambassador Stevens himself had repeatedly requested more security personnel, but was turned down.

Lt. Col. Andy Wood, the former head of a U.S. Special Forces "Site Security Team" in Libya, has told CBS News correspondent Sharyl Attkisson that he and many other senior staff at the U.S. Embassy in Tripoli, "felt we needed more, not less" security personnel in the country, but were told "to do with less. For what reasons, I don't know."

Wood and others have portrayed a State Department in Washington that was either unwilling to provide American officials in Libya with the security they required or ignorant of the pressing security concerns in a country where the central government is weak, and Islamic extremist militias have enjoyed virtual free reign in the power vacuum created by the toppling and killing of long-time dictator Muammar Qaddafi.

In an interview for CBS This Morning on Tuesday, Wood told CBS News there were clear signs of the threat posed by Islamic militants in Benghazi in the weeks and months before the attack on the U.S. consulate. He claims there was a rally or protest organized by al Qaeda supporters in June 2012 in the city, which is about 400 miles east of Tripoli.

"That was another indicator to watch, to be aware of, and to try and compensate for as well," claimed Wood.

The State Department has told CBS News that Wood was stationed in Tripoli and was not involved of the assessment of security in Benghazi ahead of the Sept. 11 visit.

While Ansar al-Sharia - an Islamic fundamentalist militia in Benghazi considered a likely suspect in the consulate attack - is believed to have links to al Qaeda's North African branch, there has been no clear evidence that al Qaeda as an organization has a presence in Benghazi or played any direct role in the attack.

Several other militant groups have been mentioned as possible culprits, and CBS News senior correspondent John Miller says that discerning the specific identity of those responsible will be difficult due to the blurred lines between the myriad extremist groups operating in Libya, and the wider region.

"We want an organized picture: 'It was al Qaeda who ordered it, it was Ansar al-Sharia who carried it out, it was this group that assisted,'" Miller told CBS This Morning in late September. "The problem is, the lines have blurred between those groups and their members. Ansar al-Sharias are popping up in places like Benghazi, but also in Yemen, also in Tunisia, in all these countries. And they're not al Qaeda, but they are reading from the al Qaeda narrative and they are being influenced by people who are formerly influential extremists in al Qaeda."

Defense chief Leon Panetta has only gone so far as to say that "terrorists" were behind the attack, and it took him "a while" to even reach that conclusion.

Gen. Martin Dempsey, chairman of the Joint Chiefs of Staff, said that before the attack in Benghazi there was some intelligence about security threats in Libya, but it was not specific to the U.S. Consulate.

"There was a thread of intelligence reporting that groups in the environment in western -- correction -- eastern Libya were seeking to coalesce, but there wasn't anything specific and certainly not a specific threat to the consulate that I'm aware of," Dempsey said.

The State Department told CBS News' State Dept. correspondent Margaret Brennan that the withdrawal of security personnel prior to the Benghazi attack had, "no impact whatsoever on the total number of fully trained American security personnel in Libya overall or in Benghazi specifically." There was a Quick Reaction Force on standby in Tripoli to deploy if needed. That team did arrive in Benghazi on the night of the attack, but not until hours after the assault began.

There were five Diplomatic Security agents present at the compound in Benghazi on the night of the attack, the State Department says. Three of those agents were injured and survived, and it still isn't clear how or why they became separated from Stevens.