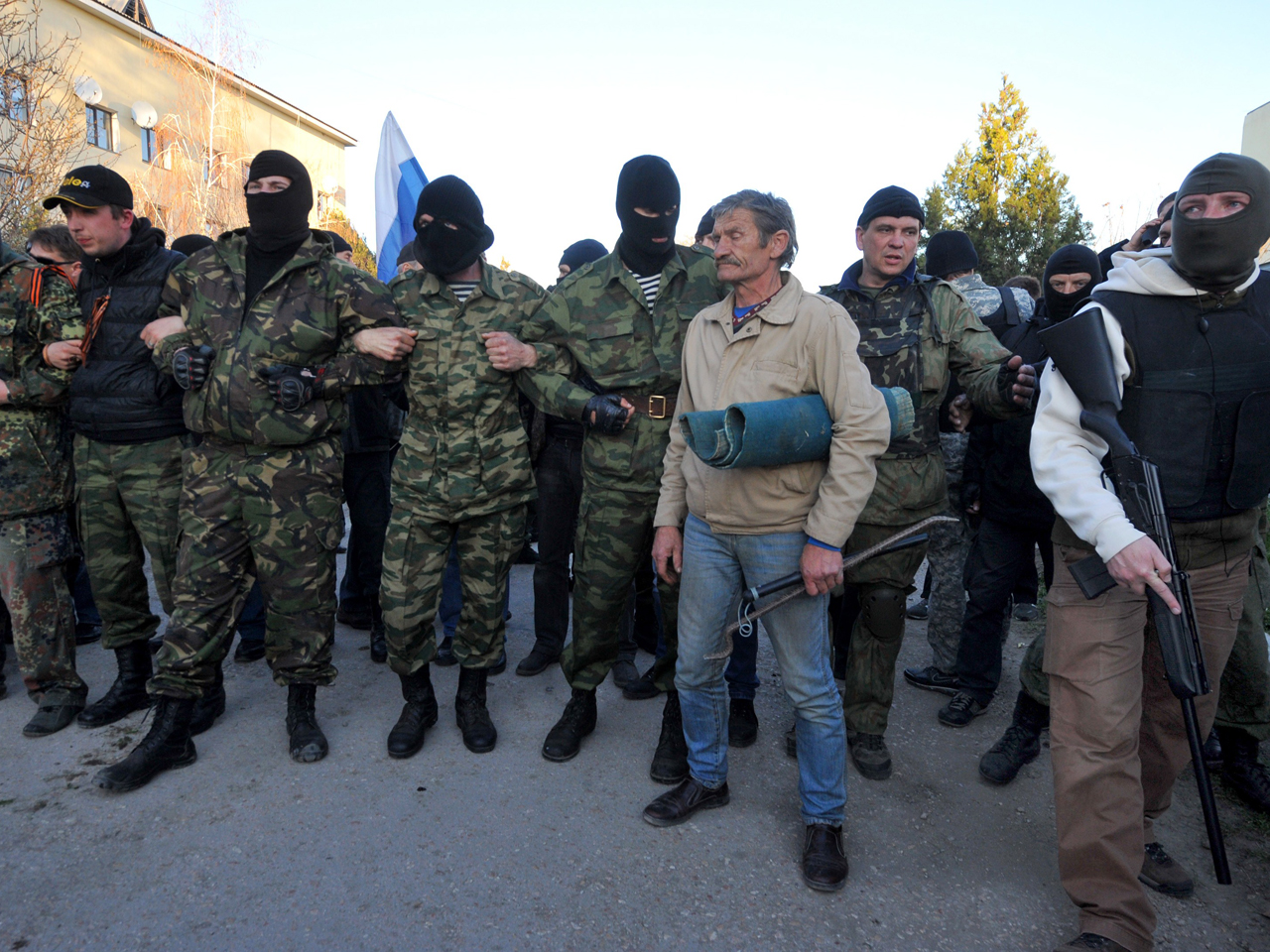 KIEV, Ukraine -- A Ukrainian air force commander is being held after his base in Crimea was stormed by pro-Russian forces, and the acting president called for his release Sunday.

Col. Yuliy Mamchur is the commander of the Belbek Air Force base near Sevastopol, which was taken over Saturday by forces who sent armored personnel carriers smashing through the base's walls and fired shots and stun grenades. One Ukrainian serviceman was reported wounded in the clash. It was unclear if the forces, who didn't bear insignia, were Russian military or local pro-Russia militia.

President Oleksandr Turchynov, in a statement, said Mamchur was "abducted" by the forces. He didn't specify where Mamchur is believed to be held.

However, prominent politician Vitali Klitschko said Sunday that Mamchur is being held by the Russian military in a jail in Sevastopol, the Crimean city that is the base of Russia's Black Sea Fleet.

Klitschko was one of the leaders of the three months of protests in Ukraine that culminated in late February with President Viktor Yanukovych fleeing the country and interim authorities taking power before a May 25 presidential election. The protests were triggered by Yanukovych's decision to reject a deal for closer ties with the European Union and turn to Moscow instead.

Yanukovych's ouster was denounced by Russia and much of Ukraine's ethnic Russian population as a coup. Soon thereafter, Russian forces took control of Crimea and the region held a referendum to break off from Ukraine and join Russia.

Russia formally annexed Crimea last week, a move that Western countries say is illegitimate. The U.S. and the EU have imposed sanctions on Russia in the dispute, but Moscow appears unmoved.

On Sunday, the Russian Defense Ministry said the Russian flag was now flying over 189 military facilities in Crimea. It didn't specify whether any Ukrainian military operations there remained under Ukrainian control.

Also on Sunday, NATO's top military commander said on Sunday that Russia had a large force on Ukraine's eastern border, north of Crimea, and said he was worried it could pose a threat to Moldova's separatist Transdniestria region, according to Reuters.

Officials in Russia defended the buildup, with Russian state news agency Itar-Tass quoting Deputy Defence Minister Anatoly Antonov as saying: "The Russian Defense Ministry is in compliance with all international agreements limiting the number of troops in the border areas with Ukraine."