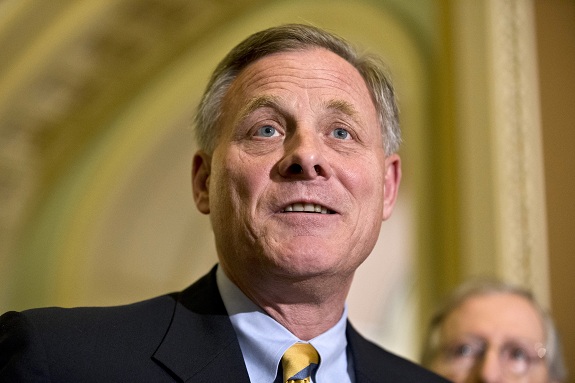 Sen. Richard Burr said Thursday he doesn't think the Senate will produce a "comprehensive" plan to repeal and replace Obamacare by the end of this year.

"It's unlikely that we will get a health care deal, which means that most of my time has been spent trying to figure out solutions to Iowa losing all of its insurers," the North Carolina Republican said in an interview with WXII 12 News.

Burr, chairman of the Senate Intelligence Committee, said that the House-passed American Health Care Act (AHCA) is "dead on arrival" in the Senate because he said, "It's not a good plan."

Asked if he thinks the upper chamber will get something done by the end of 2017, Burr said, "I don't see a comprehensive health care plan this year."

However, Senate Majority Whip John Cornyn, R-Texas, is more optimistic. He predicted Wednesday that the Senate will pass a plan to repeal and replace Obamacare before Congress leaves on its annual August recess.

"Oh, absolutely," Cornyn said in an interview on KFYO's "The Chad Hasty Show" when asked if the Senate could get a repeal-and-replace plan by the end of the year. "We'll get it done by the end of July at the latest."

Senate Majority Leader Mitch McConnell said last week that he doesn't know how Senate Republicans will secure a majority of votes to pass legislation to repeal and replace Obamacare.