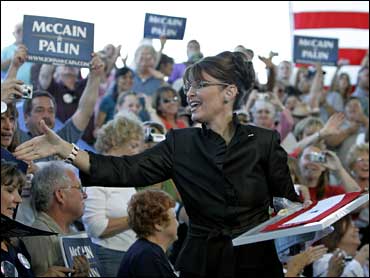 Seven of Alaska Gov. Sarah Palin's top aides defied subpoenas for their testimony Friday into possible abuse of power by the governor.

Palin's Chief of Staff Mike Nizich and six other aides failed to appear at a legislative hearing into whether Palin abused her power when she fired her public safety commissioner this summer.

Alaska Senate Judiciary Chairman Hollis French, D-Anchorage, waited 30 minutes Friday before reading a statement that the witnesses could be found in contempt when the full Legislature convenes in January and that the investigation will go on "in a simple search for the truth."

Alaska Attorney General Talis Colberg filed a lawsuit on behalf of the seven state workers Thursday challenging the subpoenas. He claims the committee has no jurisdiction to issue subpoenas in the investigation and questions whether the investigation's overseeing body, the Legislative Council, had the authority to begin a probe.

Colberg said in a news conference Friday that he never directed anybody to ignore subpoenas, but advised the seven that they had two options: Show up and testify before the Senate Judiciary Committee or don't and join the lawsuit.

"If they were a normal subpoena, we do not believe they would be optional," Colberg said.

Palin fired Walt Monegan, the public safety commissioner, in July. He claims he was fired for refusing to fire a state trooper who had gone through a nasty divorce from Palin's sister.

He claims he was pressured by Palin, her husband and members of her staff to fire the trooper.

Palin denies the charge, and says he was dismissed over budget disagreements.

The Legislative Council, in a unanimous bipartisan vote, ordered an investigation into Monegan's firing, and Palin agreed to cooperate — until she was named John McCain's running mate.

Since then, Palin — through the McCain campaign — has accused lawmakers of manipulating the probe to be potentially damaging ahead of the November election. She said through her attorney, Thomas Van Flein, that she will cooperate only with a separate investigation by the Alaska State Personnel Board, which is conducted in secret and can take up to two years to complete its work.

Most witnesses under subpoena, including Palin's husband, Todd, have refused to testify before the special investigator or the legislative body. Colberg said their advice to the state employees was made without input from the McCain campaign. Todd Palin was advised by Van Flein, who filed a complaint with French objecting to the subpoena.

Van Flein is under contract with the state to represent the governor but also represents her husband as a private citizen, Colberg said.