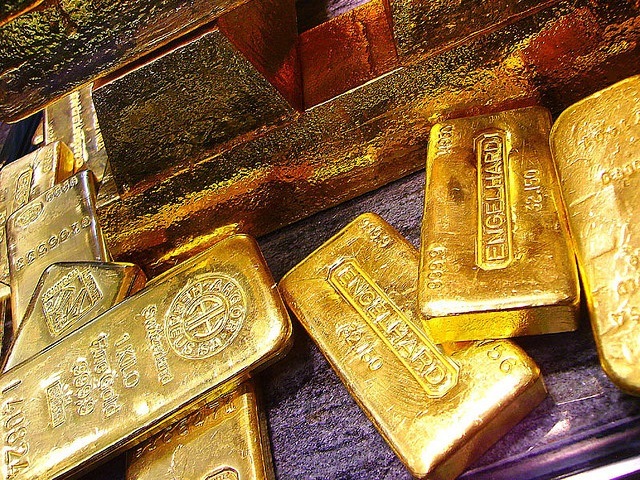 COMMENTARY. Wealth disparity and distribution is a pretty hot topic these days, to say the least. And not just in America, as evidenced by the worldwide "occupy" and austerity protests.

While I support anyone's right to protest, that's never been my style. When I get knocked down, and that's happened more times than I can count, I get up, shake it off, and get back in the fight. I'm not alone. Most executives I've known are fighters.

A former CEO had his two top VPs -- including me -- resign on the same day. It was one hell of a blow but he bounced back and, four years later, successfully took the company public. And yes, he learned from the experience.

When things don't go their way, they don't sit around and wait for someone to come along and hand them an answer. They take charge, figure it out, and adapt. They do that because they've been doing it their entire lives. It's nothing new.

That's the thing about wealthy people. While it's tempting to think of them as aliens who dropped out of the sky in golden spaceships, that's not how it happens. I've known an awful lot of successful people over the decades. Very few of them started out with anything and most struggled with adversity from the time they were young.

Successful people are rarely born that way and their wealth isn't from some act of God or preordained event. Rather, they learn certain behavior and methods that enable them to become wealthy and stay that way.

They live for achievement. Their goal in life is to be something, make something of themselves, make things people need or want. They're passionate about it and focus on achieving their goals with laser-like precision. Sure, they have fun, but they don't spend half their lives sitting on their butts playing video games.

They're lucky. It's said that luck is when preparation meets opportunity. To me, that means you find a way to get your foot in the door, come hell or high water, and when you do, you deliver the goods, i.e. you don't screw it up. That's how successful people make their own luck. If you seek opportunity, you'll find it, and if you're prepared, you'll succeed.

They watch their spending. They don't spend more than they have or make. To them, making money is not a windfall. They don't think, "How can I spend this big chunk of change burning a hole in my pocket?" and they don't live beyond their means. When you work hard for something, you tend not to blow it.

They learn the rules. We're all taught at a very young age to follow the rules. Some people can make their own rules. Good for them. The rest of us have to learn how the game is played. There's a "tao" or "how things work" for all things. Once you learn the tao of the business world or your specific industry or field, getting things done becomes much easier.

They break the rules. As I said, some people become successful by breaking the rulesand making their own. They see things differently; color the world with their own crayon, so to speak. Great entrepreneurs like Steve Jobs, Bill Gates, and Larry Ellison fit that description. It's a rarity, but it's definitely one way to do it.

They see the world the way it really is. And they see themselves the way they really are, as well. Sure, there are plenty of dysfunctional sociopaths running companies, but they tend to self-destruct, eventually. Thinking you're special can sometimes be self-fulfilling, but sooner or later, you've got to grow up to the reality that you're just like everyone else and get grounded or your success will be short-lived.

They mitigate risk. That said, successful people don't take foolish risks and they don't take risks lightly. They mitigate and minimize risk if they can and make sure they're smart and calculated. Example: I got into every college I applied to, including an Ivy League school, but I went to the state school because it was cheap and I felt a mountain of debt was an unnecessary risk. Easy decision.

More on: How to make high-risk decisions

They work their tails off. The vast majority of wealthy people and all the ones I know work really, really hard. They sacrifice a great deal. That's just part of them, what they are and how they behave. They're hard-working people. I don't care what anyone tells you. Success takes hard work. There are no shortcuts and, if you happen to find one, it usually comes at too high a price.

They learn how and adapt. Business success, creating jobs, making money for shareholders, and the result -- accumulating wealth -- is a process. Once you figure out what you're good at and how to do it right, you keep turning the crank until it no longer works. Then you adapt.