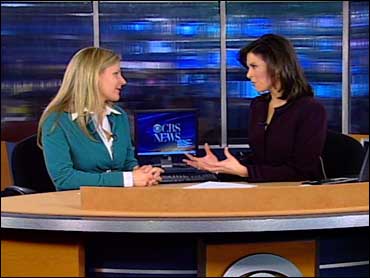 How much TV is too much, and can your kids really benefit from educational programming? Tricia O'Brien, Features Editor of American Baby Magazine, discusses television and children.

It's no surprise that children's television viewing habits have increased over the years. There are more children's TV shows than ever and marketing is increasingly targeted at young children. "Back in 1970, kids didn't start watching TV until they were four - now they start watching at four months," says O'Brien.

The American Academy of Pediatrics (AAP) says no child under the age of two should be watching television. "There's no educational value... and in fact, it may slow down their acquisition of language," says O'Brien. "They're less apt to play... they're just not using that part of their brain that stimulates that growth."

Even though there are several video and television series directed at toddlers and infants, keep in mind that TV isn't a learning tool. "They're not bad... but before age two, it's not going to help your child," says O'Brien. "Up to age two, the best way for them to learn... is from everyday experiences," she adds. So tell them about the sheets and towels you fold when you do the laundry, show them the oranges and apples at the grocery store and explain everything to them. These real life experiences will boost your child's knowledge of the world and help them make associations between objects, colors, shapes, textures and words.

Also, take care not to feed or nurse your child in front of the television. "While kids are sitting there watching TV, they lose that ability to respond to cues of fullness," says O'Brien. This can lead to unneccesary weigh gain which could cause obesity later in life.

Commercials can also take away from the educational value of television. "It interrupts a story line. You want to increase their attention span, but that confuses them," says O'Brien. Try educational DVDs or videos instead; these don't have commercials, but do have the content you're looking for.

Finally, once a show is over, turn off the TV. Remember, there is no substitute for quality time with mom and dad, no matter how much they love their favorite character.

For more information on children's television, as well as additional parenting advice, click here to visit www.AmericanBaby.com.
By Erin Petrun