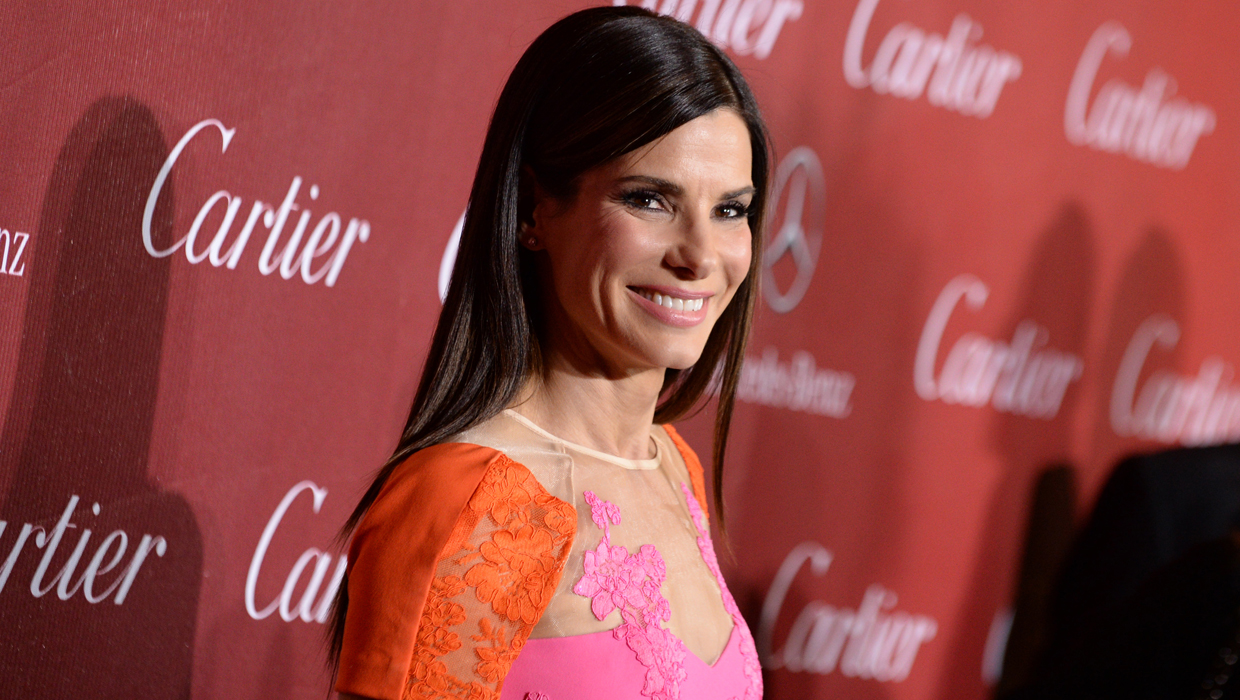 Matthew McConaughey, Julia Roberts, Amy Adams and Bradley Cooper were among the stars who cracked jokes and praised one another Saturday night at the opening of the Palm Springs International Film Festival, a desert warm-up of sorts for more closely-watched industry events in coming months.

Honors were announced well in advance and the ceremony wasn't televised, lessening pressure on winners and allowing for self-effacing, sometimes lengthy acceptance speeches. The festival is celebrating its 25th year but it's only relatively recently become a star-studded stop on the awards circuit.

U2's Bono spoke passionately about artist activism and the fight against AIDS. Bruce Dern reveled in industry praise for his "Nebraska" after a half-century career, saying: "A bunch of you seem to have gotten together and to have said, 'Bruce Dern can play.'" Presenters included Gary Oldman, Ewan McGregor, Idris Elba and Jane Fonda.

Bullock, also nominated for Screen Actors Guild and Golden Globe awards for her performance as an astronaut in "Gravity," delighted the crowd of over 2,000 by reading online comments about herself.

"Julia (Roberts), apparently you and I are in a dispute over George Clooney. We talked about this. It's shared custody and we both are fine with it," she joked.

McConaughey, honored for his lead role in "Dallas Buyers Club," also proudly noted his movie "Mud" and small part in "The Wolf of Wall Street."

"I had a sensational year of acting," he said, wearing a bowtie and shimmering gold tuxedo jacket.

Streep, who stars alongside Roberts in "August: Osage County" and is also up for Globe and SAG honors, was given the festival's icon award.

"I don't feel like an icon. Most of the days I feel like 'I can't,'" she said. But, she allowed, jabbing fists toward the crowd, "I feel like I'm an example now in my dotage of the fact that you just can't put those old gals out to pasture. We've got a lot of stuff still to say."

There was self-congratulation all around at the quality of awards season films, from "12 Years a Slave," whose director Steve McQueen was honored, to "American Hustle," whose cast received an ensemble award. Several actors noted that they had been catching up on colleagues' movies with DVD screeners and visits to the theatre.

"We put out a damn good product," McConaughey said. "We've got challenging films. We've got stories of isolation, survival, history, con men, scams. A lot of these films, they walk that tightrope. They have that combination of two very hard things to have -- import and entertainment."

There will be no shortage of additional opportunities to celebrate said movies, as Hanks noted in accepting the fest's chairman's award for his leading roles in "Captain Phillips" and "Saving Mr. Banks."

He and many others gathered Saturday will reunite at the Golden Globes next weekend in Beverly Hills and the SAG awards the following weekend.

"To be invited to the Palm Springs International Film Festival is an honor and a delight beyond words and sometimes beyond reasoning," Hanks said. "It means without a doubt that the holidays have come to an end and for a few lucky people the celebrity mule train is just beginning."