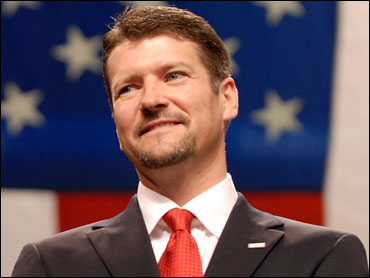 Political blogs in Alaska are harpooning former first couple Sarah and Todd Palin for associating with a Venezuelan oil company, in spite of former Gov. Sarah Palin's condemnations of the Venezuelan government and her calls for energy independence.

As the 2008 GOP vice presidential candidate, Sarah Palin called Venezuelan President Hugo Chavez a "dictator" and called for "energy independence ... to allow us to be less and less reliant on someone like Hugo Chavez," the Washington Post points out.

Todd Palin's snowmobiling team ultimately dropped out of this year's Iron Dog race because of injuries and mechanical complications, the Post reported, but Sarah Palin nevertheless appeared in a video promoting the Iditarod sled-dog race in front of a snowmobile with the Mystik Lubricants logo.

The Alaska blog Palingate, which first noted the association with Citgo, points to conservative blogs calling for boycotts of Citgo, including a post from prominent conservative pundit Michelle Malkin who writes about the boycott movement as a way to "protest sulfur-sniffing Hugo Chavez."