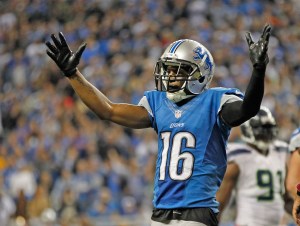 (AP) MORENO VALLEY, Calif.-- Authorities say former Detroit Lions wide receiver Titus Young was arrested on suspicion of driving under the influence then arrested again the same day for trying to take his car from a tow yard.

Photos: NFL Athletes in trouble with the law

He was arrested on suspicion of DUI, cited and released.

About 14 hours later, police responded to a report of a man jumping over the fence of a tow company and arrested Young. He was booked on suspicion of burglary.

The Lions drafted Young out of Boise State in 2011, but released him in February after a drop in productivity and disputes with teammates.