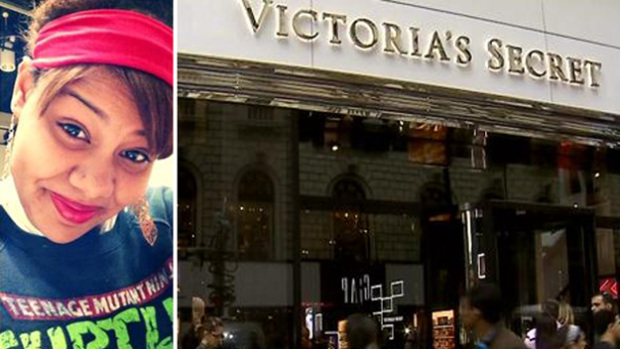 NEW YORK - A New York City woman whose newborn son was found dead in her bag after she was stopped in a Victoria's Secret store on suspicion of shoplifting has been charged with murder, reports CBS New York.

Eighteen-year-old Tiona Rodriguez was indicted Thursday by a grand jury on a charge of second-degree murder in the October 2013 death of her newborn son. She entered a plea of not guilty.

"There is perhaps no victim more defenseless than a newborn child," Manhattan District Attorney Cyrus Vance Jr. said in announcing the indictment.

According to CBS New York, court documents allege Rodriguez, then 17, delivered the 8-pound baby boy in the bathroom of a friend's Queens apartment on October 16, 2013. The following day, she was stopped by security at the Victoria's Secret store in Herald Square on suspicion of shoplifting. That's when security officers discovered the dead infant inside her bag.

A New York City medical examiner found the child died of homicidal asphyxiation, according to the station. Prosecutors say Rodriguez intended for weeks to kill the infant and sent a text message about plans to "dig a hole" and "put it somewhere."

Rodriguez's defense lawyer, Earl Ward, says it's unclear how far along Rodriguez was when she gave birth. He says Rodriguez didn't know she was pregnant and had a stillbirth. He says she acted out of confusion.

A misdemeanor theft case against Rodriguez stemming from the Victoria's Secret stop was dismissed by a judge in December of last year. Prosecutors conceded that time had run out to try the teen for allegedly stealing a $45 pair of pants from the store, reports the station.

Man convicted for killing wife's coworker, forcing her to behead him