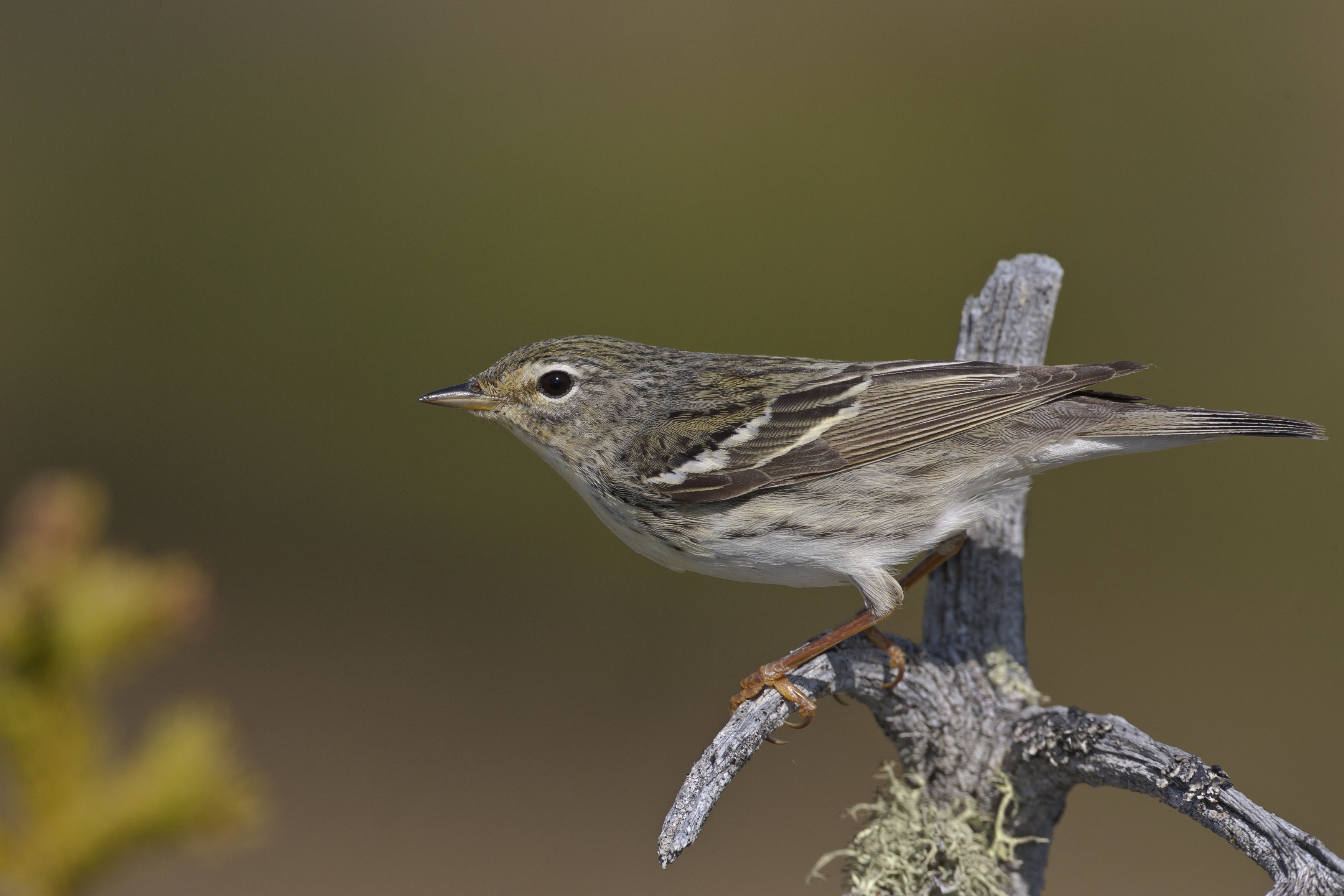 For several decades, a tiny, forest songbird has divided the ornithology community.

Some argued the blackpoll warbler made its way from New England and eastern Canada to South America via an amazing journey over the Atlantic Ocean. Others contended the trip was less dramatic, suggesting the birds stopped over in the Caribbean on the way to South America.

With little hard proof, each side stood their ground.

But now, a study in the current issue of Biology Letters has determined the birds are making a long-range transoceanic voyage stretching between 1,410 and 1,721 miles. The birds - weighing just 12 grams or the weight of a dozen business cards - reach landfall most likely on the northeastern coast of South America in just two or three days. From there, they head further inland to northern Venezuela and Colombia.

"We're really excited to report that this is one of the longest nonstop overwater flights ever recorded for a songbird, and finally confirms what has long been believed to be one of the most extraordinary migratory feats on the planet," said Bill DeLuca, an environmental conservation research fellow at the University of Massachusetts Amherst who authored the study with colleagues at the University of Guelph, Ontario, the Vermont Center for Ecostudies and other institutions.

While other birds, such as albatrosses, sandpipers and gulls, are known for transoceanic flights, it is rare for forest dwellers, especially one as tiny as the blackpoll warbler, to make such a long journey. Some have compared it to humans running a nonstop marathon for three or four days.

Most migratory songbirds that winter in South America take a less risky, continental route south through Mexico and Central America. Some songbirds, like the northern wheatear, do make similar journeys but it is also twice as large as the warbler.

Until now, Deluca said it was impossible to track the birds because geolocators have been too large and heavy for studying songbird migration. That left scientists to depend on reports of them at sea from mariners in the Atlantic Ocean and radar.

But for this study, researchers harnessed miniaturized geolocators about the size of a dime and weighing only 0.5 grams to the birds' lower backs like a tiny backpack. These devices uses solar geolocation - a method used for centuries by mariners and explorers - based on the fact that day length varies with latitude while time of solar noon varies with longitude. The instrument only needs to record the date and length of daylight, from which daily locations can then be inferred once the geolocator is recaptured.

By retrieving these when the 40 warblers in the experiment returned to Canada and Vermont the following spring and then analyzing the data, DeLuca and his colleagues could trace their migration routes.

"It was pretty thrilling to get the return birds back, because their migratory feat in itself is on the brink of impossibility," he said. "We worried that stacking one more tiny card against their success might result in them being unable to complete the migration."

Andrew Farnsworth, a research associate at the Cornell Lab of Ornithology who has studied the warbler's flight calls, said the findings confirmed his assumption the bird was making the longer journey and showed the power of technology.

"There is a history of peer reviewed literature published on this that dates back to the 1960s so this study is the first one that has concrete evidence from a tracking device of the bird making the flight over the water," he said. "If it hasn't put the debate to rest, it very soon will because this is concrete evidence."

To make this epic journey, the birds - known for their high-pitched song, black, white and grey feathers and distinct yellow legs - fatten up by munching on insects in the North American boreal forests where they breed.

"They eat as much as possible, in some cases doubling their body mass in fat so they can fly without needing food or water," Canadian team leader Ryan Norris of the University of Guelph said. "For blackpolls, they don't have the option of failing or coming up a bit short. It's a fly-or-die journey that requires so much energy."

Now that they have confirmed the route, the researchers will set about trying to better understand these birds who are relatively common but have seen their numbers decline. Among the questions are how wide their range is in North America, what they are doing in South American wintering grounds and just why they have been making such a perilous journey for some 10,000 years.

"That's a tough question and the short answer is that we really don't know," Deluca said, adding it probably had something to do with the birds tracking the receding glaciers and taking advantage of southerly trade winds that made the journey easier.

The findings also should prompt researchers to take a closer look at how the changing climate could be impacting these birds, since they are likely to encounter more violent storms in the future "which would make this journey more challenging." That is in addition to the potential loss of habitat both in North America and South America.

"That is really the threat," Farnsworth said. "They lose habitat. They don't get enough food and they don't have enough energy to make the trip. They run into a hurricane or some other bad weather along the route and they die in the ocean."