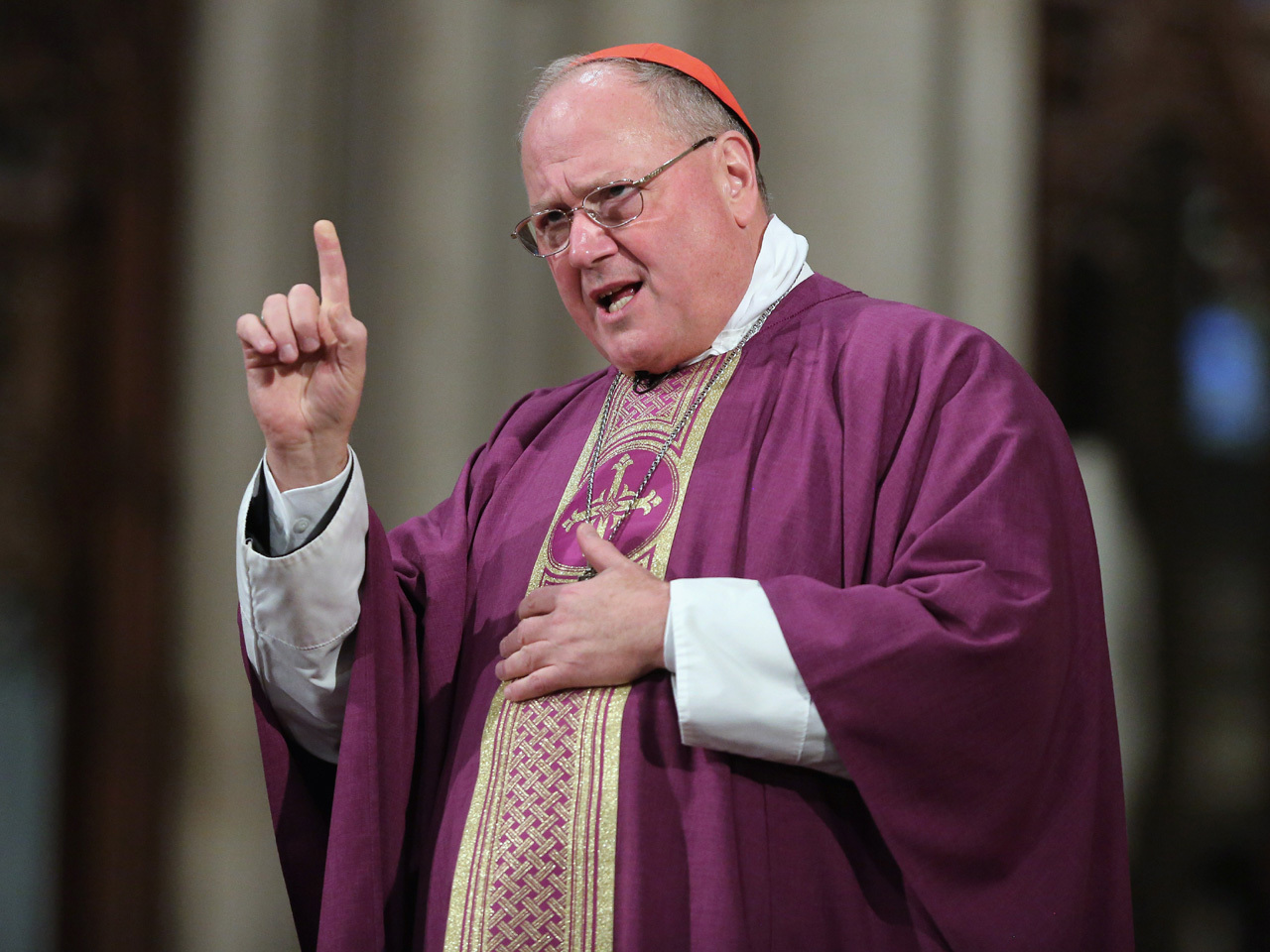 Timothy Dolan has been given countless nicknames - everything from "happy warrior" to "bear-hug bishop" to "right-wing" conservative. Indeed, the charismatic New York cardinal is as comfortable sharing a stage with Stephen Colbert (as he did last September at Fordham University) as he is challenging President Obama's stance on birth control coverage (as he did last November).

But Dolan's other unofficial title - "America's pope" - has some viewing him as a possible successor to Pope Emeritus Benedict XVI as the papal conclave convenes at the Sistine Chapel.

Dolan's rise through the Church ranks is impressive. After serving as archbishop of Milwaukee for seven years, Dolan was elevated in 2009 to archbishop of New York, the nation's second-largest archdiocese. The following year, he was appointed president of the U.S. Conference of Catholic Bishops (a job Pope John Paul II once called "archbishop of the capital of the world.") Benedict made Dolan a cardinal last year.

Dolan, 63, is known for his disarming style and penchant for jokes, but the St. Louis native is also an energetic defender of what he calls the Catholic Church's "settled questions" - abortion, gay marriage, birth control, ordination of women and celibacy.

Inside the Vatican magazine editor and CBS News contributor Delia Gallagher notes that Dolan is known to many at the Vatican because of his time in Rome as Rector of the North American College (1994-2001) and for a highly applauded speech he gave in the presence of the pope and his fellow cardinals in 2012, on the topic of New Evangelization -- the term used to describe efforts to swell global Church numbers in an increasingly secular, technology-fed world.

To that end, Dolan maintains a blog called The Gospel in the Digital Age, with entries that mix serious reflection with his typical popular touch: "Send peanut butter!" he quipped from Rome. Gallagher says that New Evangelization push could help Dolan's chances in the conclave.

Dolan's rare mix of credentials, charisma and conservatism have some Vatican observers wondering if he has what it takes to become the first American to serve as pontiff.

However, Dolan - who broadcasts a weekly radio show and was hardly silent during the cardinals' self-imposed hush order - may actually be undermined by his effusive style, according to one scholar.

"He seems to be running for mayor - not pope," Kean University historian Christopher Bellitto told CBSNews.com. "He would be like the Ed Koch for Catholicism."

While Dolan may have a gift for the gab, his gab is primarily confined to English. His Italian is only functional and he speaks no French or Latin. And while "60 Minutes" cameras showed him practicing his Spanish during a workout in 2011, his limited proficiency in foreign languages could be seen as deal breaker for the leader of a global church that claims 1.2 billion members.

"If you're looking for someone who can go in and ride herd on the Curia and you don't speak Italian, then the situation is ripe to be taken advantage of," Bellitto said.

Dolan also lacks the Vatican connections of other papal candidates. Though he spent seven years in Rome as rector of the North American College, he never worked in a Vatican office or congregation, so his profile among other cardinals does not match his reputation in the States.

Back home, Dolan, like other U.S. bishops, has found himself in the fallout from the clergy sex abuse scandal. His predecessor in Milwaukee, Archbishop Rembert Weakland, left abruptly after admitting an "inappropriate relationship" with a man. In 2004, Dolan publicly released the names of Milwaukee diocesan priests who had been accused of molesting children. However, Dolan was criticized by victims' advocates who said he said he fell short identifying other accused clergy.

Earlier this month, Dolan told "Face The Nation" host Bob Schieffer that he would not duck difficult topics -- including the Church's sexual abuse scandals -- during the cardinals' conversations leading up to the conclave.

Dolan's open style has endeared him to many Vatican observers and at least one Italian columnist has listed the New York cardinal as his top papal contender.

"It would represent the overcoming of the ineligibility of a 'Yankee' cardinal," wrote Massimo Franco, a reporter at Corriere della Sera. "It would mean the radical reform of the Curia. And the adoption of a skilled and extroverted communicator: even too much, according to the critics."

As for Dolan himself, he joked that his chances of being elected pope are about as good as "becoming a shortstop for the Yankees."

While most Vatican experts believe Dolan's chances are slim, the papal scholar Bellitto invoked another baseball analogy as evidence that anything could happen. He pointed out that the Cardinals - the 2011 world champion St. Louis Cardinals, that is - are proof that electing Benedict's successor may be more about timing than credentials.

"The World Series often goes to who has the hot hand," he said.