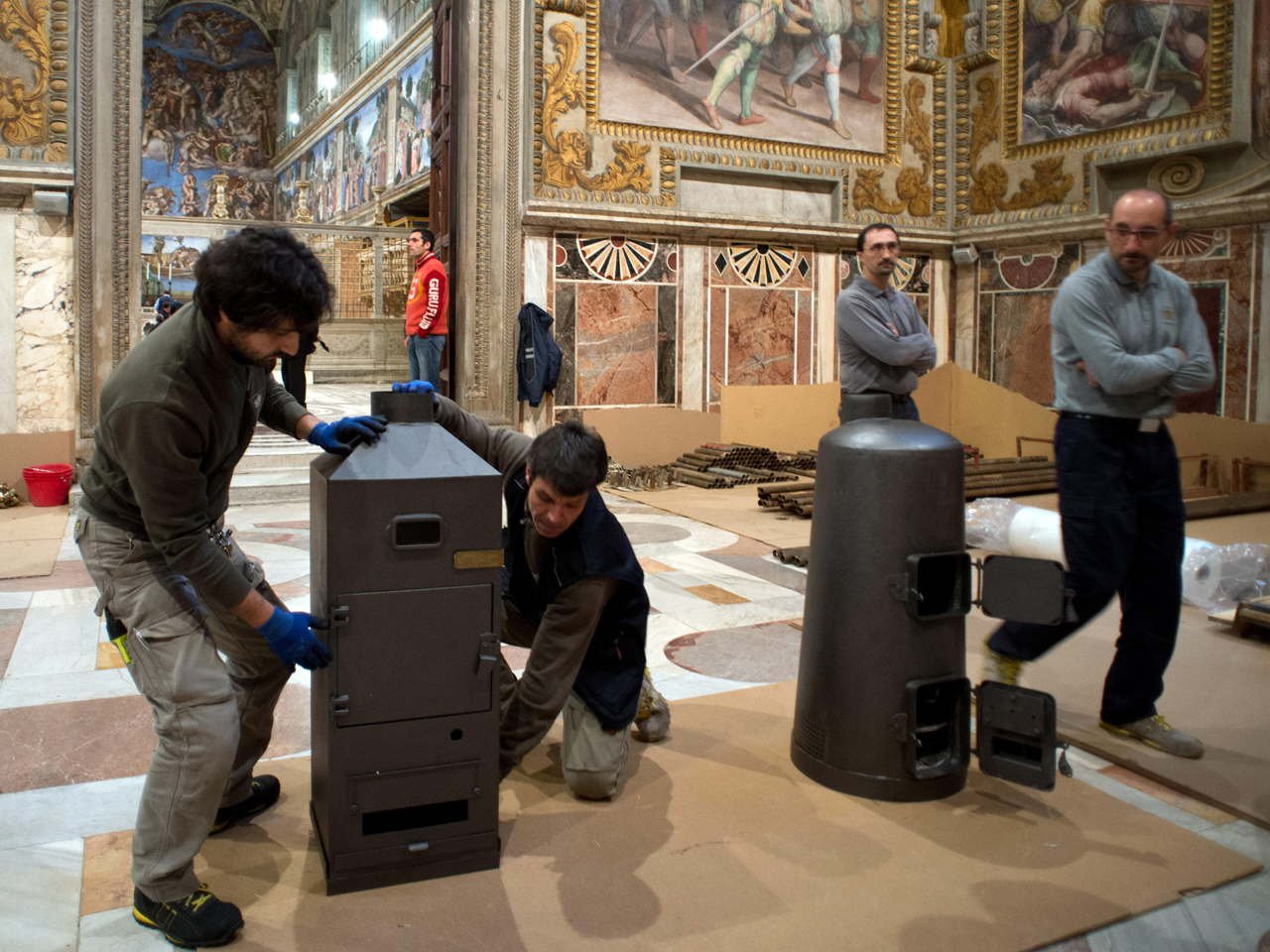 On Tuesday, the first day of the papal conclave, 115 cardinals will isolate themselves from the outside world and choose one man, likely from among their own ranks, to become the 266th Bishop of Rome, known to the world simply as the pope.

Centuries ago, the cardinals were literally locked inside the Sistine Chapel until they elected a new pontiff, even eating and sleeping in the ornate hall.

Today, they walk in solemn procession to the Chapel, or are delivered by bus in the event of foul weather, from the Domus Sanctae Marthae, a hotel-like residence inside Vatican City where they eat and sleep during the days of the conclave.

On the first day of the conclave, the cardinals will hold no more than one round of voting, in the afternoon. Each round consists of two votes. They have already discussed the merits of each papal prospect during days of "general congregations" at the Vatican, but a deciding vote must see one name garner two-thirds plus-one vote to win -- that translates to support from 77 of the 115 cardinal electors. The now-retired Pope Benedict XVI himself committed that absolute majority rule into Church law just two days before he stepped down.

When the votes are held, each cardinal walks to an altar at the front of the Chapel and deposits his ballot onto a ceremonial plate. He tips the ballot from the plate into a chalice-urn below. As they are counted and the hand-written entries recorded by three selected cardinals at the altar, the ballots are deposited into another urn.

A third urn, made of gilded bronze and silver and adorned with images symbolic to Christianity like the others, is on-hand to ferry ballots between any cardinals too ill to leave their sleeping quarters and the Sistine Chapel. The urns and the plate are the artwork of Italian sculptor Cecco Bonanotte, who has done many pieces for the Vatican since 1975.

After the first two votes are held on the afternoon of Day One, the cardinals' tallied ballots will be placed into one of two small ovens installed inside the Sistine Chapel expressly for the purpose (pictured at top), and burned. In the other small oven a plume of smoke will be produced to flow up a chimney and into the air over St. Peter's Square. Assuming the voting yielded no winner, the smoke will be black; a sign to the world that the Holy See remains vacant.

That process will repeat itself beginning the next morning. After the first day, the cardinals will hold two rounds of voting per day, one in the morning and one in the afternoon, with two ballots per round. Assuming the morning sessions are inconclusive, black smoke will be seen each day around the lunch hour in Rome -- barely breakfast time on the U.S. East Coast.

If there's still no 77-vote winner following the afternoon balloting, more black smoke will stream into the Roman sky early in the evening.

The longest conclave in history was the one which brought Pope Gregory X to the papacy in 1281 -- almost three years after the cardinals began their voting. The most recent conclaves, however, have lasted on average only about two days.

When a vote eventually sees 77 of the 115 electoral cardinals agree on one candidate, the chosen individual will be asked whether he accepts the role. Upon his agreement, he will state his chosen pontifical name before the assembled cardinals.

The voting ballots will be burned in the stove, but this time, a chemical additive will be left out, yielding the much-anticipated plume of "fumata bianca," or white smoke.

There has been confusion in past conclaves over the color of the smoke that is actually rising over the Chapel, so during the last conclave in 2005, a new tradition began. Now, in addition to the white smoke, bells chime heralding the news that the Roman Catholic Church has a new leader.

The new pope will go immediately into a chamber adjoining the Chapel and be clad in his papal vesture, and will emerge moments later onto the balcony overlooking St. Peters Square to give his first blessing.