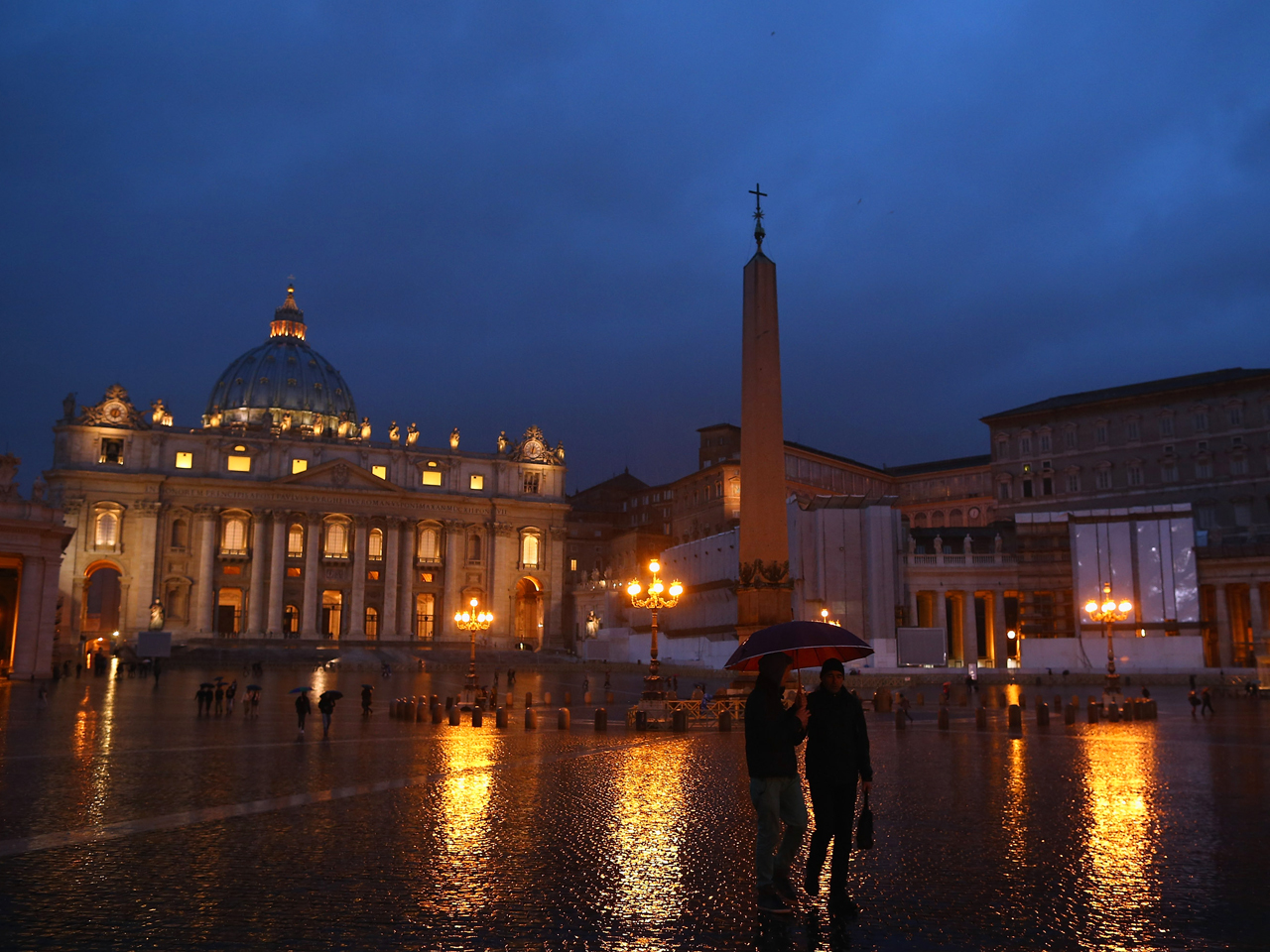 VATICAN CITY -- Officially, the conclave to choose a new pope does not convene until Tuesday. Unofficially, the speculation goes on, with the names of at least two cardinals from the U.S. prominent in the mix.

One hundred fifteen cardinals will vote - and Sunday, for them, was a day of rest and prayer.

The bells that rang out across Rome on what could be the last Sunday before there's a new pope, or what might have been the opening bells of round one of the papal election.

Around the city, the cardinals whose names have been bandied about on speculative lists of potential popes were on display. No campaigning here, of course, but everybody knows who they are and what they represent.

In normal times, Cardinal Angelo Scola would be a hot favorite -- conservative, steady, and Italian after two foreign Popes. Scola has the clout, it's thought, to bring the Vatican establishment -- blamed for much of the Church's scandal and financial troubles -- into line.

But the very fact the Curia -- as it's called -- is basically an Italian body, has raised the real possibility that a non-European pope could be in a better position to reform it. He even might be like Sean O'Malley of Boston, or Timothy Dolan of New York -- an American. The voting blocs aren't strictly regional here, but more than previously, geography counts.

"I'm anxious to get going. Tuesday will be great. Thank god. I'm ready to go," Dolan told reporters on Sunday.

Even after a week of meetings, there is no clear front-runner among the cardinals. They have extended their pre-conclave meetings into Monday because so many have demanded more information on the administrative and abuse scandals that have rocked the Catholic Church.

Horse-trading begun in search for next pope
City of Rome braces for Catholic hordes
Complete coverage: Change at the Vatican

Vatican insiders like Marco Politi say the cardinals have begun to see the traditional secrecy of the Church's powerful bureaucracy as part of the problem.

"The perception of many cardinal electors is that the Curia must be an instrument of the church but not a sort of super government over the bishops," said Politi, adding that the Curia has gotten out of control.

Until this conclave, the idea of an American pope would have been dismissed as wishful thinking. But the church has been so rocked by the by the resignation of a pope and by scandal that the old understandings no longer apply. This time the field is so wide open and the potential voting alliances so fluid, anything could happen.