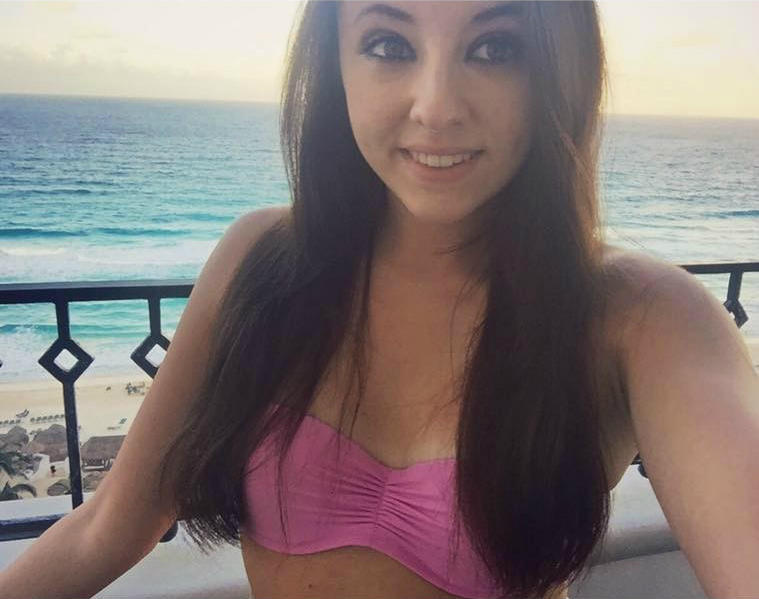 The woman who was killed in Times Square by a driver who plowed into pedestrians has been identified as Alyssa Elsman, 18, was from Portage, Michigan, located directly to the south of Kalamazoo, CBS New York reports.

Elsman's 13-year-old sister was among 22 others who were injured. CBS affiliate WWMT-TV in West Michigan reports her name is Ava.

Police say Rojas was charged with second-degree murder, 20 counts of attempted murder-second degree and five counts of aggravated vehicular homicide, which entails causing the death of one person and causing serious physical injury to at least one more.

Rojas, a U.S. citizen and Navy veteran, has a criminal record including previous DWIs.

Six people were rushed to Mount Sinai West Hospital, with two in serious condition and four others expected to be treated and released. NYC Health + Hospitals Bellevue said they had received 13 patients, and four were in critical condition Thursday night.

School principal Eric Alburtus described Elsman as "bright, thoughtful, quiet, terrific sense of humor -- so when I first heard the story, I glance at my phone real fast, but could not even imagine that it affected one of us."

"The Elsmans are a very close-knit family and that will be huge in a situation like this," Elsman's aunt Shelly Dusek said.

Rep. Fred Upton, R-Michigan, posted to Facebook saying: "This is tragic news that breaks the heart of every parent out there. The scenes we saw on television this morning were shocking but we never thought it could be one of our own fellow Michiganders."

Michigan state Rep. Brandt Iden, R-Kalamazoo, wrote: "In this time of confusion and pain, the State of Michigan and our community stand in support of the Elsman family. We offer our thoughts, prayers, and condolences as family and friends mourn this tragic loss."

When the crash happened Times Square went from a bustling scene of recreation and pleasure on a hot, summery day to a scene of carnage and horror. In its aftermath, city street corners were turned into triage treatment areas, CBS New York reports.

One woman was seen on the pavement flat on her back -- conscious, but hurt.

First responders moved along the scene in both directions. One injured man was spotted being attended to as he sat on a curb, while another was up a gurney and headed to an ambulance shortly after the incident.

Witnesses told CBS New York it all happened so fast that they never noticed screaming until after the final crash.

"I looked down at my phone for a minute or two and the next thing you know, boom! Like it was like a big old; like a bomb or something; like an explosion," a witness said.

That was the end of the incident, after Rojas allegedly drove the wrong way three and a half blocks up Seventh Avenue on the sidewalk. The crashed car caught fire upon slamming into a stanchion, and ended up at such a strange angle that it seemed to have left a string of human wreckage – and growing panic in its wake.

"People scattered, running back this way, and then everyone was like just falling; a little like somebody got ran over; somebody got hit," said witness Max Padillo.

"There was like blood everywhere -- really, really terrified," one witness said.

"There ones who were critical, they were taking them fast, going on their way, and getting out of here as fast as possible," another witness said.