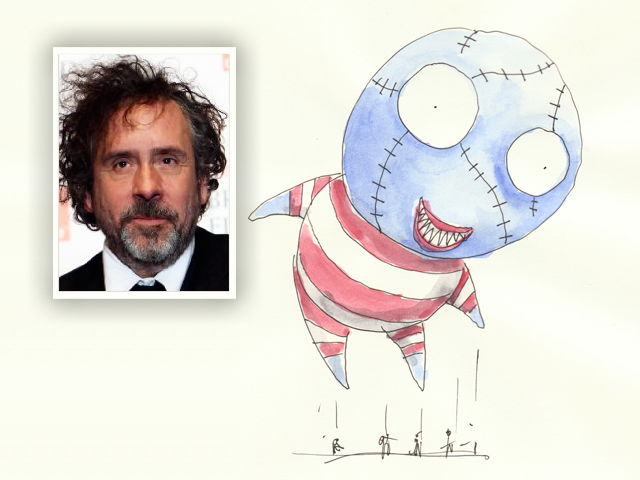 (CBS) Tim Burton brought his macabre style to Halloween and Christmas in 1993's "The Nightmare Before Christmas," and now he's taking on another holiday: Thanksgiving.

The director has designed a new balloon that will float in this year's Macy's Thanksgiving Day Parade.

Burton told the New York Times that being asked to contribute to the parade was "such a surprise."

"It's such a surreal thing that you don't even believe what you're hearing," he added. "Somebody's trying to play a joke on you or something. It had that kind of feeling."

The director's creation is called B. Boy (or B., for short). According to Burton's origin story for the inflatable guy, B. was stitched together from the leftover balloons from children's parties.

"I've always had a fascination with balloons," Burton said in a statement. "To have the opportunity to design one for the Macy's Day Parade is a real honor. Looking through photographs of the balloons that have been part of the parade over the last 85 years was really inspiring."

As for his new balloon, he said, "B. Boy looks forward to his flight through Manhattan on Thanksgiving Day."

The character will float alongside famous faces like Snoopy, Garfield and Spider-Man when the parade takes place on Nov. 24.

Tell us: What do you think of Burton's balloon?