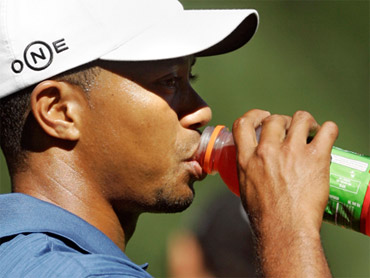 As the number of women coming forward claiming affairs with Tiger Woods mounts, the superstar golfer's standing with the public is plummeting.

According to Davie Brown Entertainment, which publishes a leading industry index, Tiger Woods' status with consumers dropped from sixth to 24th on a list of celebrity endorsers, Bloomberg reports.

Longtime sports agent Leigh Steinberg had this advice for Woods: "Get out in front of this story."

"The American people love the fall of the high and mighty, but they also love a comeback story," Steinberg told CBS' "The Early Show" Wednesday. "He needs to get out front with all the facts and make a public apology to the relevant people so that the healing can begin and he can put this behind him. Otherwise it will eat him alive."

Nike, Gillette and Pepsi rank among the top endorsers of Woods.

Gatorade revealed that it had dropped a line of drinks tied to Woods, but said it had done so before last week's scandal broke.

"If I was one of the advertisers who had Tiger as my pitchman I might want to rest it for a while until this stuff blows over," Gary Carr, director of a New York-based media buyer company, told Bloomberg.

The Davie Brown Index tracks 2,800 celebrities, according to Bloomberg.