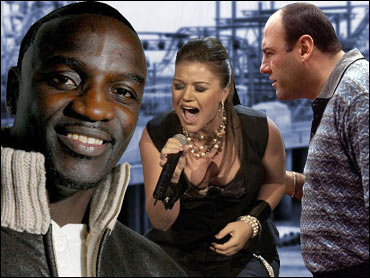 Some celebrities asked for forgiveness this week while others would rather forget their past behavior.

Paris Hilton has apparently asked God for forgiveness, telling Barbara Walters that he has given her a "new chance." As a result, says the heiress, she plans to "make a difference" through charity work when she's released this month.

But, it's hard for her to forget that she's still got time to serve, especially since she was moved her from the hospital wing at the Twin Towers correctional facility in downtown Los Angeles to a smaller medical ward at the Century Regional Detention Center in Lynwood, Calif.

Singer Akon says to put the blame on him in a song leaked to the Internet Wednesday. He asks for forgiveness from his wife, mother, and the 14-year-old girl whom he brought on stage at a nightclub in Trinidad for a raunchy dance.

Kelly Clarkson apologized to fans for canceling her tour, saying "performing is what I look forward to doing the most, so it really is disappointing for me to have to tell you that I won't be coming out to tour this summer." Promoters said ticket sales for the tour were sluggish.

Angelina Jolie made no apologies to the press for the very strict restrictions outlined in a document that media outlets would have to sign if they wanted to talk to the actress about her new movie "A Mighty Heart." The contract stipulated that if a reporter asked a personal question, she would terminate the interview, demand the tape and possibly take out a restraining order.

She later told Jon Stewart that the contract was drawn up by representatives trying to protect her personal life and that it wasn't mandatory.

Isaiah Washington said that he can only apologize so many times and that there's nothing else he could've done to keep from getting fired from "Grey's Anatomy" for using an anti-gay slur. He said that the show's creator Shonda Rhimes, broke the news via phone June 7 that his contract was not being renewed.

Two Florida women say they haven't forgotten about one night on the Girls Gone Wild tour bus where they claim they were given drinks and coerced into performing sexual acts that were later distributed on video by the raunchy DVD company. They're suing the company's founder, Joe Francis, for unspecified damages.

A California company is not going to forgive and forget in their lawsuit against Lindsay Lohan. They claim the 20-year-old actress crashed into the company van in October 2005 and are seeking $3,624.84 in damages.

Talk-show host David Letterman would probably like to forget all about the man who was convicted of plotting to kidnap his son. But this week, Kelly A. Frank broke out of prison and spent six days on the run until he was finally arrested at a house along a highway that deputies were patrolling as part of the search

As far as the series finale of "The Sopranos" — fugheddaboutit!.

In the final scene, Tony Soprano and his family sat in a diner as the tension mounted and the camera focused on various characters who looked like they were out to put a hit on the mob boss. Just when it looked as if there'd be a massacre, the screen went black and the credits quietly rolled. Many fans thought their DVRs had screwed up, others called the series' producer David Chase a genius, and other fans vowed they would never forgive him for what they see as a big letdown.

One thing's for sure, though. It was an unforgettable television series that will surely be missed by its fans.