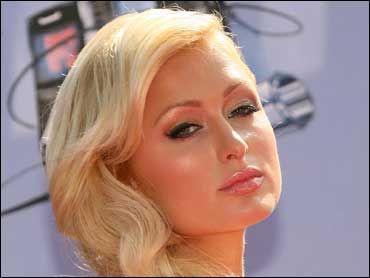 Paris Hilton was transferred back to an all-women's jail because her condition was declared stable after a week in a medical ward, a sheriff's official said Thursday.

She was taken late Wednesday to the Century Regional Detention Center in Lynwood, and placed in the medical unit there. If all goes well, she will be returned to the jail's special needs unit and released June 25, spokesman Steve Whitmore said at a news conference.

"Paris Hilton's medical condition is stable," Whitmore said, adding that her condition will continue to be monitored.

Hilton, 26, began her 45-day sentence June 3 at Lynwood, where she was confined to a solitary cell in the special needs unit away from the other 2,200 inmates.

At the treatment center where she was taken a week ago after being returned to jail from home detention, she underwent medical and psychiatric exams to determine where she should be held.

Hilton's case has caused a firestorm of criticism over whether the socialite was getting special treatment because the sheriff sent her home her after serving just three days of her sentence.

Whitmore addressed the criticism at the press conference Thursday morning. "There's been criticism, as you know, the sheriff has been answering the letters we have been receiving," he said.

When Superior Court Judge Michael T. Sauer sentenced Hilton last month, he ruled she would not be allowed any work release, home detention or use of electronic monitoring to track her whereabouts.

The judge gave no explanation June 8 of his ruling to send her back to jail but his comments throughout the hearing showed he was unhappy with Sheriff Lee Baca's decision to set aside his instructions and release the celebutante and reality TV star to do her time in the luxury of her Hollywood Hills home with an electronic ankle bracelet.

Hilton left the courtroom in tears shouting, "It's not right!"

Attorneys who have handled similar cases have said her treatment was neither special nor unusual. The Los Angeles County jail system is so overcrowded that thousands of prisoners have been released early, many serving only 10 percent of their sentences for nonviolent crimes.

In Hilton's case, though, the sheriff's decision was based on an unspecified medical condition.

Baca said he had learned from one of her doctors that she was not taking a certain medication while in custody, and that her "inexplicable deterioration" puzzled county psychiatrists.

The Los Angeles County Board of Supervisors has launched an investigation into whether the multimillionaire received special treatment because of her wealth and fame.

At least one person has filed a claim against the county alleging she "had serious medical issues" but was treated much worse than Hilton.

Hilton's path to jail began Sept. 7, when she failed a sobriety test after police saw her weaving down a street in her Mercedes-Benz. She pleaded no contest to reckless driving and was sentenced to probation for three years.

In the months that followed she was stopped twice by officers who discovered her driving on a suspended license. The second stop landed her in Sauer's courtroom, where he sentenced her to jail.
C