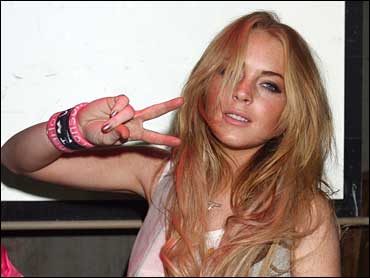 Lindsay Lohan's legal problems continue even while she recovers in rehab.

The 20-year-old actress has been sued by Grandeur Inc., which claims Lohan crashed into a company van in October 2005.

Lohan was behind the wheel in Beverly Hills when her car collided with a parked van, according to small claims court papers filed May 18. Grandeur Inc. is seeking $3,624.84 in damages, the celebrity news Web site CelebTV.com reported.

A judge will hear the matter on June 20.

Lohan checked into rehab May 28 after a wild Memorial Day weekend during which she crashed her Mercedes-Benz into a curb, was arrested for suspicion of driving under the influence and was photographed slumped in the passenger seat of a friend's car. It is Lohan's second rehab stint this year.

She said in January that she had checked into a rehabilitation center for substance abuse treatment.