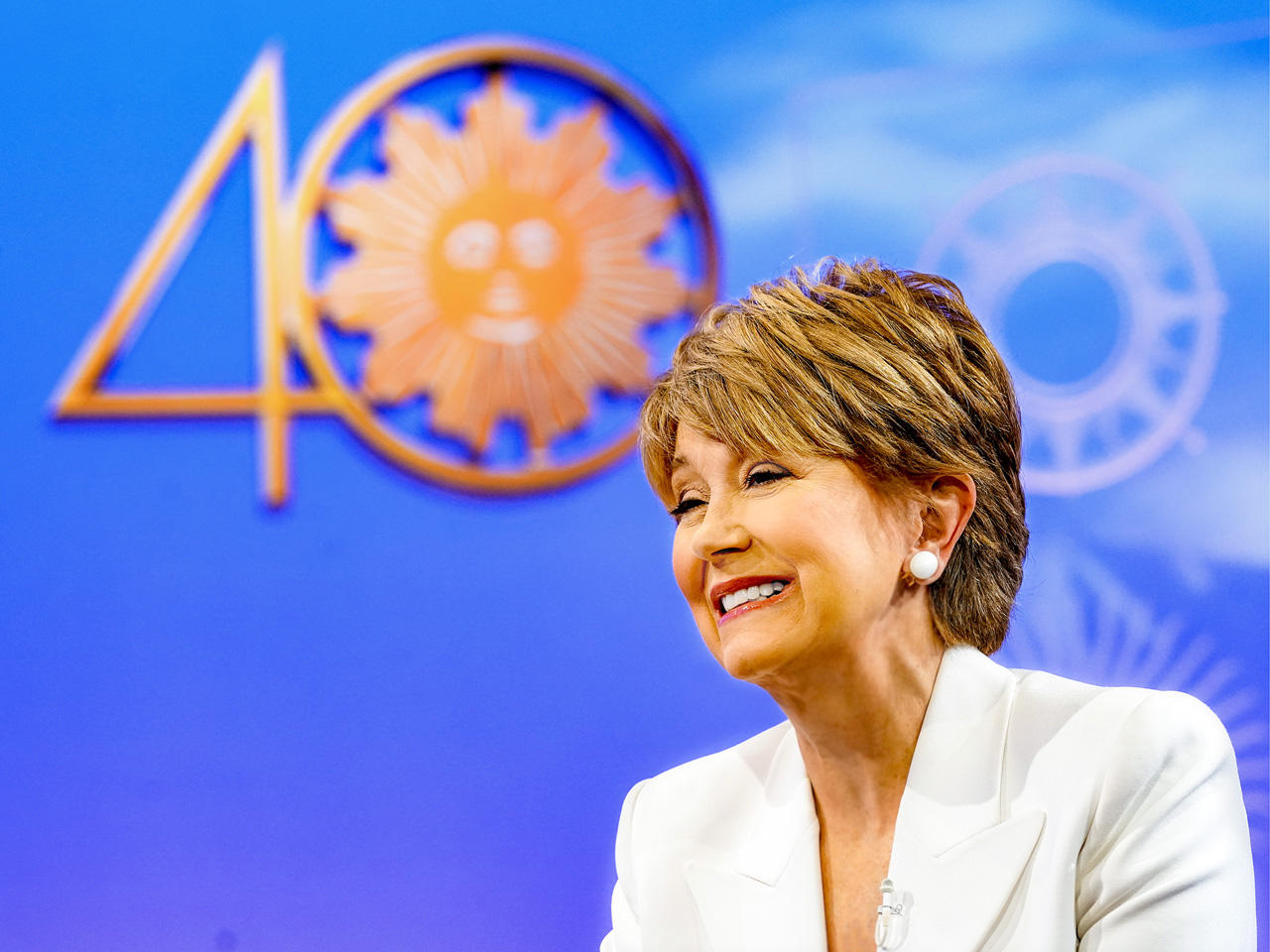 A LOOK BACK: A history of "Sunday Morning" (Video)
Jane Pauley looks back at the very beginning of "Sunday Morning" in 1979, and how over the last four decades the broadcast has stayed true to Charles Kuralt's vision – traveling the back roads, taking our audience places and showing them things they wouldn't see anywhere else on television, to make sure "gentler subjects" get their due.

A LOOK BACK: The roads less traveled | Watch Video
For 40 years, "Sunday Morning" correspondents have meandered from exotic destinations and out-of-the-way places to our own backyards. Lee Cowan takes on a Sunday Drive through the past.

MUSIC: "Abblasen" (Video)
There's no mistaking our "Sunday Morning" theme music, no matter how many different ways it's been played over the years. Nancy Giles gives the story of how 18th century German composer Gottfried Reiche's Abblasen" became our theme, and talks with musician Wynton Marsalis, whose recording has been trumpeting the start of our show every week for almost 15 years.

A LOOK BACK: The artist's vision | Watch Video
For four decades "Sunday Morning" has been a sort of art gallery on TV. Martha Teichner checks out some of the artists whose work has graced our screens.

ART: The "Sun Queen" | Watch Video
For 20 years associate director Jessica Frank has been handpicking every shining example of sun artwork to appear on our program – about 9,000 and counting. Serena Altschul talks to Frank about what goes into bringing sunshine into every broadcast.

A LOOK BACK: That's entertainment (Video)
"Sunday Morning" looks back at some of the stars of stage and screen that have been on our program during the past four decades.

A LOOK BACK: The bold-faced interviews | Watch Video
Over the years "Sunday Morning" has brought its viewers interviews with some of the most fascinating newsmakers. Rita Braver brings us a roll call.

HARTMAN: Good neighbors (Video)
Steve Hartman tells us about an unusual ritual in one Utah community that has bound residents together, to come to the aid every evening of a neighbor with multiple sclerosis. (Originally broadcast September 14, 2018.)

A LOOK BACK: The quirky side of life (Video)
Mo Rocca digs into some of the quirky stories that have been a "Sunday Morning" tradition since Charles Kuralt first went "on the road."

ODE: A poem by Ted Koppel | Watch Video
"Sunday Morning" is treated to an ode by our Special Contributor.

MOBITUARIES: Disappearing sitcom characters (Video)
Mo Rocca previews the latest episode of his podcast "Mobituaries," which examines the history of TV characters who were "bumped" off their show.

A LOOK BACK: In memoriam (Video)
Jane Pauley remembers some of the members of our "Sunday Morning" family whom we have lost over the past 40 years.

NATURE: Capturing the "Sunday Morning" Moments of Nature | Watch Video
Conor Knighton meets some of our team of videographers who bring the beauty and sounds of nature to our broadcast each week.

NATURE UP CLOSE: Water, and life as we know it
The unique molecular qualities of a hydrogen-oxygen bond allow for water to exist in several different states.