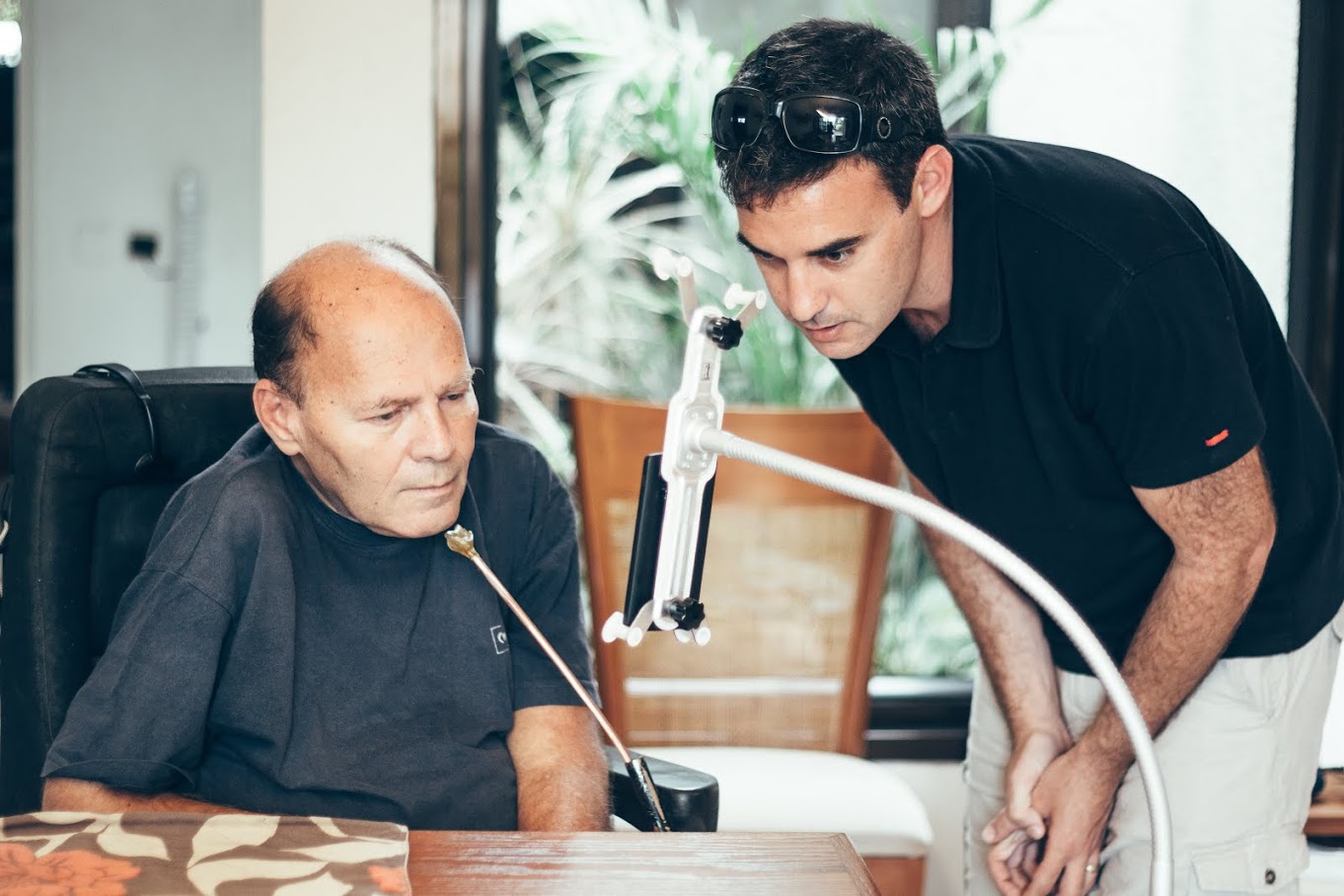 In some quarters, the growth of the smartphone market may finally be slowing, but it's just getting started elsewhere.

Sesame Enable, a company that modifies smartphones so that people with disabilities can control a cursor with only slight head movements, just shipped its first 50 phones, said Oded Ben Dov, the Israel-based company's co-founder and CEO.

All they need to do is say "Open Sesame" to turn the phone on, and then look at the phone's screen so its camera can capture slight left and right head movements.

About 2 million people in the U.S. could benefit from such a device, Ben Dov said. The market is indeed large. All told, about 6 million Americans live with some form of paralysis, according to Peter Wilderotter, president and CEO of the Christopher & Dana Reeve Foundation.

"Smarter devices that can be activated by voice, vision or slight movement have the potential of transforming many lives, increasing independence, access and communication," he said in an email.

The foundation has already been in touch with Sesame Enable and has been keeping tabs on other companies investing in related technologies, such as Nokia (NOK), Samsung, Apple (AAPL) and Microsoft (MSFT).

"Other tech trends that will benefit individuals living with disabilities include the connected home -- or smart home. As an emerging innovation, there are a number of players at the table from Verizon (VZ) to AT&T (T), Samsung, GE (GE) and even Google (GOOG)," Wilderotter said.

Sesame Enable's other co-founder, Giora Livne, was also its first customer. An ex-navy officer and electrical power engineer, Livne is now a quadriplegic as a result of a fall off a ladder. The co-founders started the work with their own money, and received $215,000 from an Israeli Office of the Chief Scientist matching grant and an angel investor.

From there, they launched a $30,000 Indiegogo crowdfunding campaign, which turned into gravy once they won the $1 million Verizon's Powerful Answers Award and then $100,000 from Michael Bloomberg's Genesis Prize.

They're not courting the venture capital market at this point, in part so they aren't pressured to focus on developing the technology for games or another larger market.

"I really think our focus on the disability market is also the right thing to do morally, and also from the business angle were building on a very solid need," Livne said.

With the unexpected Verizon grant in hand, they were able to give away 23 of the first phones. "We decided to donate all funds raised on Indiegogo -- past, present and future -- toward devices that will go to people in need," Ben Dov says in his updated video on the crowdfunding site. People who want to buy a smartphone directly can also purchase one on the site for $700.

Currently the phone is only available as a Google (GOOG) Nexus 5, but the company is working on other models, including tablets, Ben Dov said. The Sesame Enable technology is something of a cross between an app and an operating system, and can be used with almost any app in the Google Play store. They're working on integrating with Google Now personal assistant and a voice command that will allow users to dictate emails rather than tap out text on a keyboard with the head-controlled cursor.

Now that Sesame Enable has gone from futuristic prototype to Version. 1.0, users are offering feedback and are anxious for more.

"What really surprised me, the questions were already into the experience: 'How do you do this, how do you change that?'" Ben Dov said. "We got the 'Oh my god, this is amazing!' six months ago when we had the crowdfunding campaign. Someone had said he's been waiting for this technology for the past 15 years. 'You have no idea what you've done. It's like you've opened the Matrix.' But we're past that excitement, and now it's: Let's get down to business."