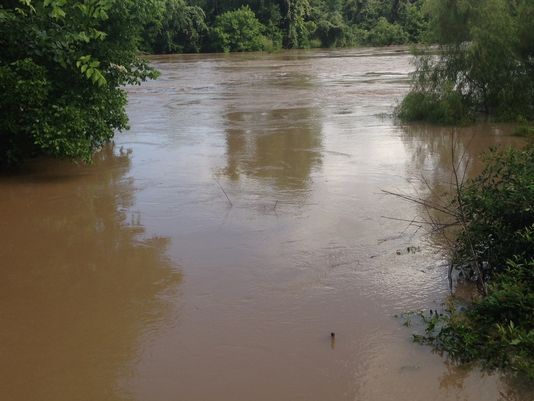 While the barrage of deadly thunderstorms that hit Texas has tapered off, several cities aren't out of danger. Rain is forecast for the next couple of days. Rescue crews worked through the night for any sign of the missing in Wimberley, reports CBS News correspondent Don Dahler. In Houston, where the death toll rose to 7, floodwaters receded, and search crews combed areas for missing people, reports CBS News correspondent Vincente Arenas.

The corruption case involving some of soccer's top executives comes just days before the Women's World Cup kicks off in Canada. Team USA is ranked No. 2 in the world heading into play, but there are eight additional teams in the tournament. CBS News correspondent Jericka Duncan talked to Alex Morgan, Hope Solo and Amy Wambach, some of the stars of the U.S Women's National Team, as they get ready to hit the field.

Critics say new American embassies are getting more expensive. CBS News correspondent Nancy Cordes is learning of problems with one in the works in Mexico City. It was supposed to cost $577 million to build, but the construction estimate has gone up by one-third, and the State Department hasn't even broken ground yet.

One year ago today, President Obama delivered a commencement speech at West Point that aimed to lay out his foreign policy vision for the remainder of his second term. The president did not mention ISIS by name in his speech. But since then, the rapid rise of ISIS to the forefront of America's foreign policy problems is emblematic of how much has changed in the year since the president spoke.

Casper is a mattress company that's flipping expectations. It has raised $15 million in funding from high-profile backers, including Ashton Kutcher. The company, which sells exclusively through its website, is already disrupting an established industry that traditionally relies on salesmen and showrooms. Gigi Stone Woods reports it's a direct-to-consumer approach appealing to the on-demand millennial generation.

Sen. Marco Rubio, R-Florida, made news last week by cashing out his 401(k) plan account. Rubio explained that he needed the money for several pressing financial needs, including replacing some home appliances, paying his children's college costs and to raise funds for his White House run. Although providing Americans with a lesson on how to approach taking money from a 401(k) plan probably wasn't his motivation, there's definitely something to be learned here. Let's start with some tax consequences.

FIFA under fire after arrests in corruption probe

How much is a lock of Mozart's hair worth?

The pressure is on at the National Spelling Bee

IRS suspects hackers who targeted it are from Russia: AP

4 signs your credit card debt is getting out of control

How fat is your home state?