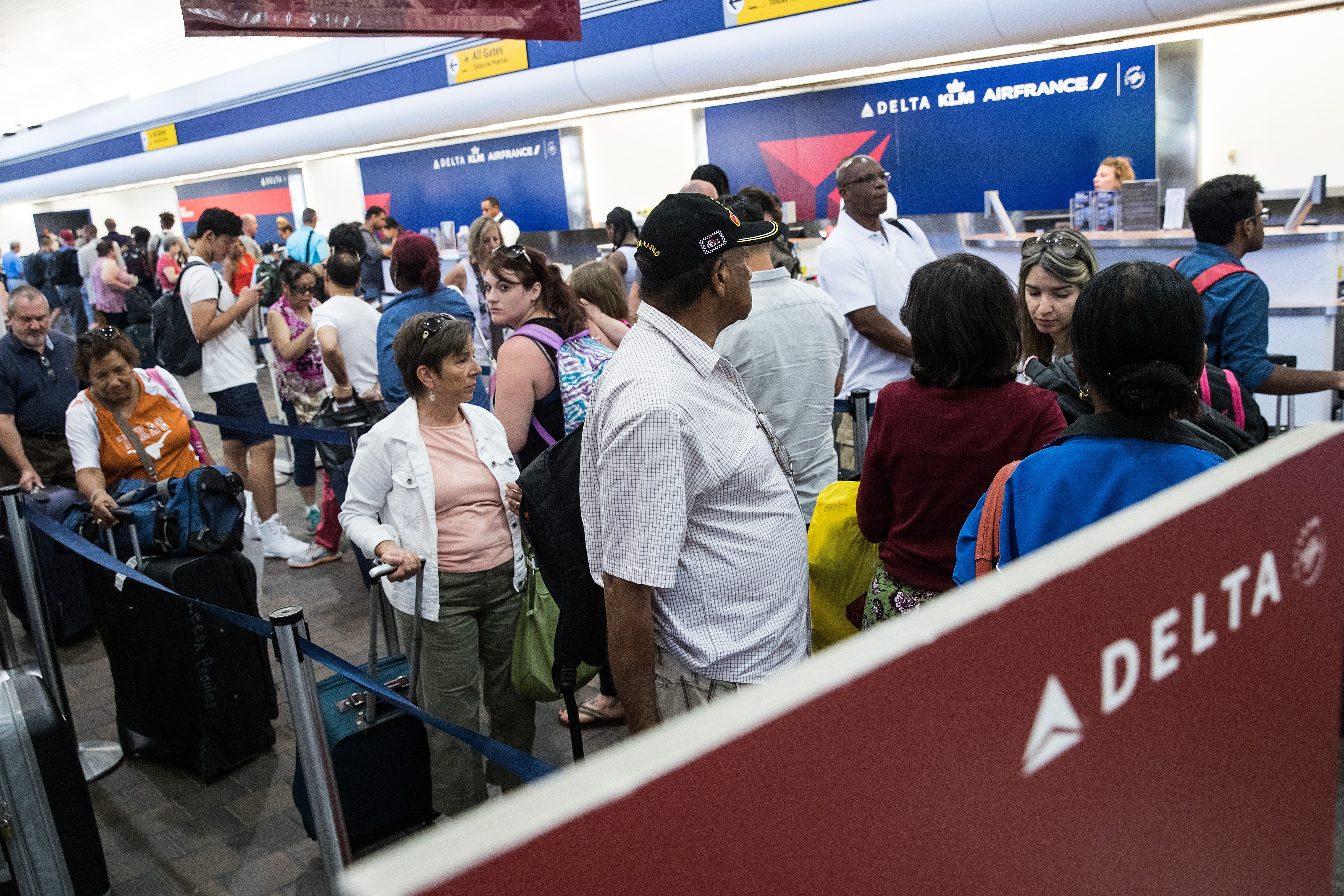 Delta Air Lines canceled nearly 250 more flights this morning after scrapping some 1,000 yesterday in the wake of a massive computer meltdown following a power outage. Industry observers are asking why backup systems didn't kick in. They say the airline industry generally has reliable systems, but portions can be decades old. And they point out that the FAA doesn't regulate carriers' computer systems.

Respected, moderate Maine Sen. Susan Collins is the latest member of the GOP to say she can't support her party's standard bearer, Donald Trump. "This is not a decision I make lightly, for I am a lifelong Republican," Collins writes in a Washington Post op-ed.

Judges in Texas, North Carolina and Wisconsin have recently ruled against voter ID laws, but more than a dozen states still have restrictions in place that weren't there during the last presidential election. And analysts say that, despite the recent court decisions, voter ID laws could still impact November's results where the measures are still in effect.

U.S. Olympians are voicing outrage as the doping controversy continues making waves in Rio. "In my career, I don't know if I've ever competed in a clean sport," says famed swimmer Michael Phelps. And as Olympians expressed concerns over competing with "known cheaters," the International Olympic Committee says there's nothing it can do.

The presidential campaign is putting a spotlight on a critical issue for American families: ensuring that parents are financially able to take time off after the birth of a child. It's about time. The U.S. remains the only developed country in the world that doesn't require employers to offer paid maternity and paternity leave. Could a change in the political landscape finally pave the way for wider adoption of paid parental leave?

Car accidents are the leading cause of death among 15- to 20-year-olds in the U.S., with nearly 1,700 teens dying in crashes each year. Technology isn't helping. Research shows young drivers are spending more time eyeballing mobile applications while they're behind the wheel, putting their lives -- and that of others -- at risk. Can parents do something about the potentially lethal combination of teens, cars and apps?

Veggie burgers are making a comeback after decades in the shadows. They were once considered a sad alternative to their cow-based counterparts. But now veggie burgers have been re-imagined by award-winning chefs and Silicon Valley.

Locally transmitted Zika cases up to 17 in Florida
Why is "cupping" attracting Olympic athletes like Michael Phelps?