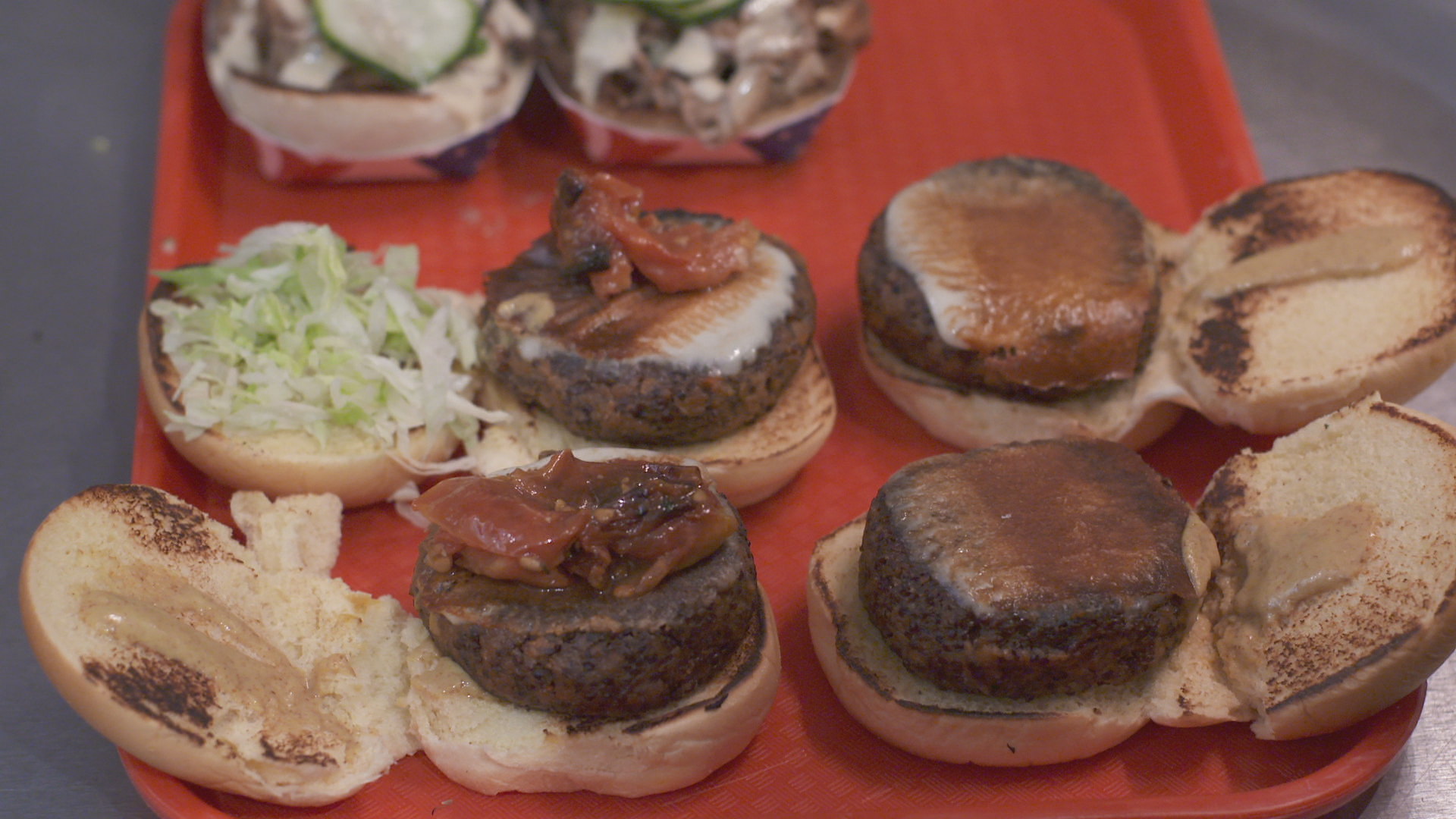 Veggie burgers are making a comeback after decades in the shadows. Once considered a sad alternative to their cow-based counterpart, the veggie burger is being re-imagined by award-winning chefs and Silicon Valley.

The first commercially sold patty emerged in the early 1980s from a natural foods restaurant in London favored by John Lennon and Yoko Ono. Over the years, it's earned a reputation for being bland and tasteless, but the veggie burgers served up by restaurants like By Chloe in New York City are winning over new followers, reports CBS News correspondent Vinita Nair.

Every day, customers jam pack Superiority Burger in the East Village of New York. And every day, they leave saying the same thing.

"It's got a nice crispy exterior but soft inside," said one customer.

"It hits all your cravings," said another.

Like most burger shops, the patty is handmade and the toppings can be customized. But unlike most, the Superiority burger has no meat in it.

Brooks Headley is the owner and chef.

"Do you see it in the customers - the sort of fearfulness of what they might be eating?" Nair asked.

"Yeah, that happens sometimes. A lot of our favorite regulars kind of came here almost as like a gag," Headley said. "Initially, they'll say like, 'alright, let me taste this thing.' And then we've been able to win them over."

His burger - made with chickpeas, quinoa, farro and lots of fresh vegetables - is served with a roasted tomato that acts like a pocket of ketchup on a slider-sized bun.

"The veggie burger has a rough history in the United States, right? We think of it as a patty filled with saw dust and dirt," Sifton said. "That's changing."

"Is there a difference in how these purveyors of veggie burgers are viewing fake meat?" Nair asked.

"Yeah, they're not calling it fake meat and that's a good thing," Sifton answered. "A burger should not be about making a hamburger out of plant-based foods, right? It's about making a burger."

Even fast food chains are finding room on the grill for veggie burgers. Last year, burger joint White Castle tested out a veggie slider. Customers liked it so much, they put it on the permanent menu in every city.

"I'm a carnivore, but the veggie burger can always be good," said one customer.

But what if there was a veggie burger that looked, tasted and bled like real red meat?

"Nailing the flavor and the sensory experience is really hard," Brown said. "We've been around for five years, we have about 80 scientists and engineers - all of whom have been thinking about this. So I guess that would be 400 person years of thought."

Investors including Google Ventures and Bill Gates have already shelled out $182 million for this plant-based meat alternative.

"There are billions of people around the world for whom meat is an essential part of the pleasure of life, but making it the way we're making it today takes an enormous toll on natural resources in the environment," Brown said. "We can find a better way to make a meat that meat lovers will get all the pleasure and nutrition without all that environmental damage."

So far, the Impossible Burger is the only menu at Momofuku Nishi in New York. Brown is working hard to develop it for nationwide distribution.

"Does the veggie burger ever stand a chance or replacing traditional burger?" Nair asked.

"Oh, it's not going to replace the traditional burger anytime soon. Maybe the most important thing here is that the veggie burger has moved from something that was essentially tasteless to something that is awesome. Right?" Sifton said.

It may be too early to tell if it will win over hardened meat lovers. But Sifton said so many meat eaters have converted, however, because a veggie burger won't make you feel unbearably full when you're done eating.