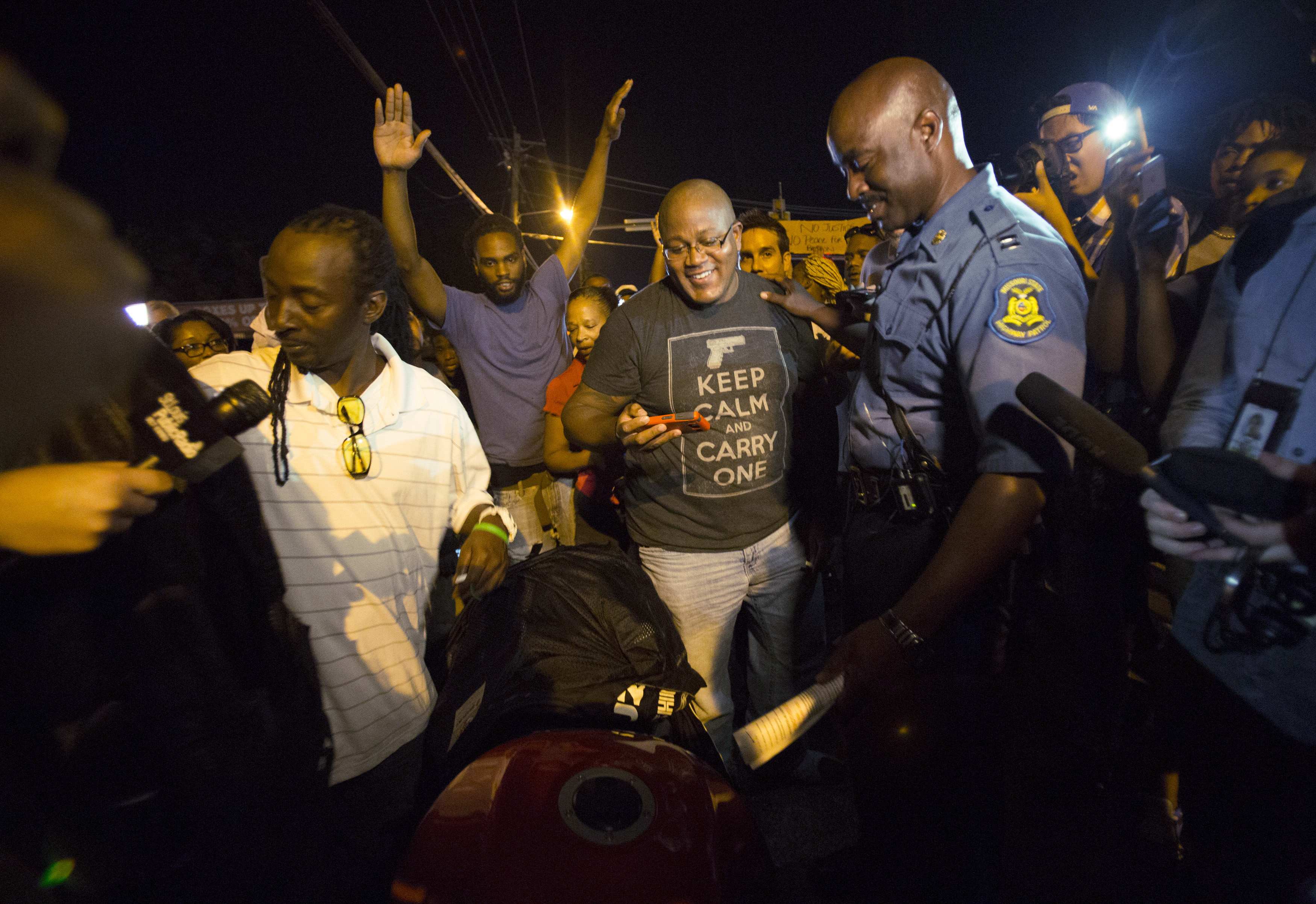 County police in riot gear and armored vehicles gave way to Missouri state troopers walking side-by-side with thousands of protesters as the St. Louis suburb where unarmed black teen Michael Brown was shot by a city police officer avoided another night of violence. After nearly a week of unrest and mounting public tension in Ferguson, Missouri, people gathered for a moment of silence to remember Brown in cities across the nation.

If Ferguson, Missouri, looked like a war zone this week, it's because police departments in the St. Louis area -- just like many others across the country -- are arming their officers with equipment plucked straight from the battlefields of Iraq and Afghanistan. CBS News' Jan Crawford reports that much of the military gear is coming free of charge, or being purchased with federal grant money authorized by Congress.

Pope Francis spent his first full day in South Korea giving a mass and meeting youth, reports CBS News' Seth Doane, but it was how the pontiff arrived at his scheduled events that most clearly conveyed his trademark message of humility.

While America might be benefiting from the current energy boom fueled by fracking , some local communities are calling for a time-out.

With an electric fastball, 13-year-old Mo'ne Davis shut down hitters at the Little League World Series. She's one of two girls playing there, and one of four who have ever play in the championship tournament.

Security fears stop about half of smartphone users from using banking services on their devices but, experts say, if available security technologies were more widely embraced, the cellphone could be the personal security enabler of the future. We find out which smartphone is the most secure.

Today marks the centennial of the opening of the Panama Canal, an engineering marvel that permanently changed world trade and still plays an essential role in global commerce, and promises to keep doing so in the future.

What happens when shoppers pick their own prices?

App lets you check if you food is "red" or "blue"