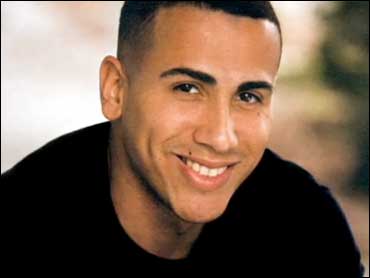 (CBS)
Carmelo Rodriguez III was a U.S. Marine. He served his country with honor in Iraq. Just like every other "Devil Dog" I've met in Iraq and elsewhere, he was proud to serve – and even prouder to be a member of "The Corps."

He was your typical fit, gung-ho Marine: 5'10 and185 pounds of muscle and moxie. He was 29 years old. When I met Sgt. Rodriguez he weighed about 77 pounds. He was dying of cancer.

That alone is enough to give anyone with a heart pause. But that's not the end and far from the beginning of the Carmelo Rodriquez story.

At first, we weren't sure we had a story. Producer Rodney Comrie received a phone call from the family's attorney who said the he was representing the family of a Marine who said his skin cancer was misdiagnosed while serving in Iraq. The attorney told us that the Sgt. was very weak, but that he'd be willing to talk to you – as would his family.

So, the next day, we headed north, and fortunately our camera crew was ahead of us. They got to the house well before Rodney and I did. Veteran cameraman Henry Bautista (who has covered war and despair around the world) met us at the door.

Henry is as talented and as tough as any network cameraman I've ever worked with. We were taken by his tone. You could tell he was moved by the images his camera captured and the people he met. If Rodriguez's situation could get to Henry, I thought to myself, then it must be bad.

Once inside the house, Rodney and I made our introductions and were ushered to a rear bedroom to meet Sgt. Rodriguez. His uniform was hanging on a wall. His 7-year-old son Carmelo the 4th was sitting at his side.

As we were preparing for the interview, Sgt. Rodriguez died. The house erupted in screams and tears. It was the kind of raw emotion you'd expect when a family loses a loved one. We were prepared to leave: Pack our gear and get lost. But the family insisted we stay. They wanted to honor Carmelo Rodriguez by telling his story.

For the Rodriguez family and hundreds just like them, their fight wasn't against the Marines or their country but against a 50-year-old law called the Feres Doctrine.

A team of CBS News producers (Comrie as well as Betty Chin) researched this story. What they learned is the military's position has long been the Feres Doctrine is important to "maintaining good order and discipline."

Towards the end of his life, Sgt. Carmelo Rodriguez made clear he loved the Marine Corps and he loved his country. But with all the energy and passion left in his body, he took dead aim at the Feres Doctrine.

"I just want to save the next Marine," he said.