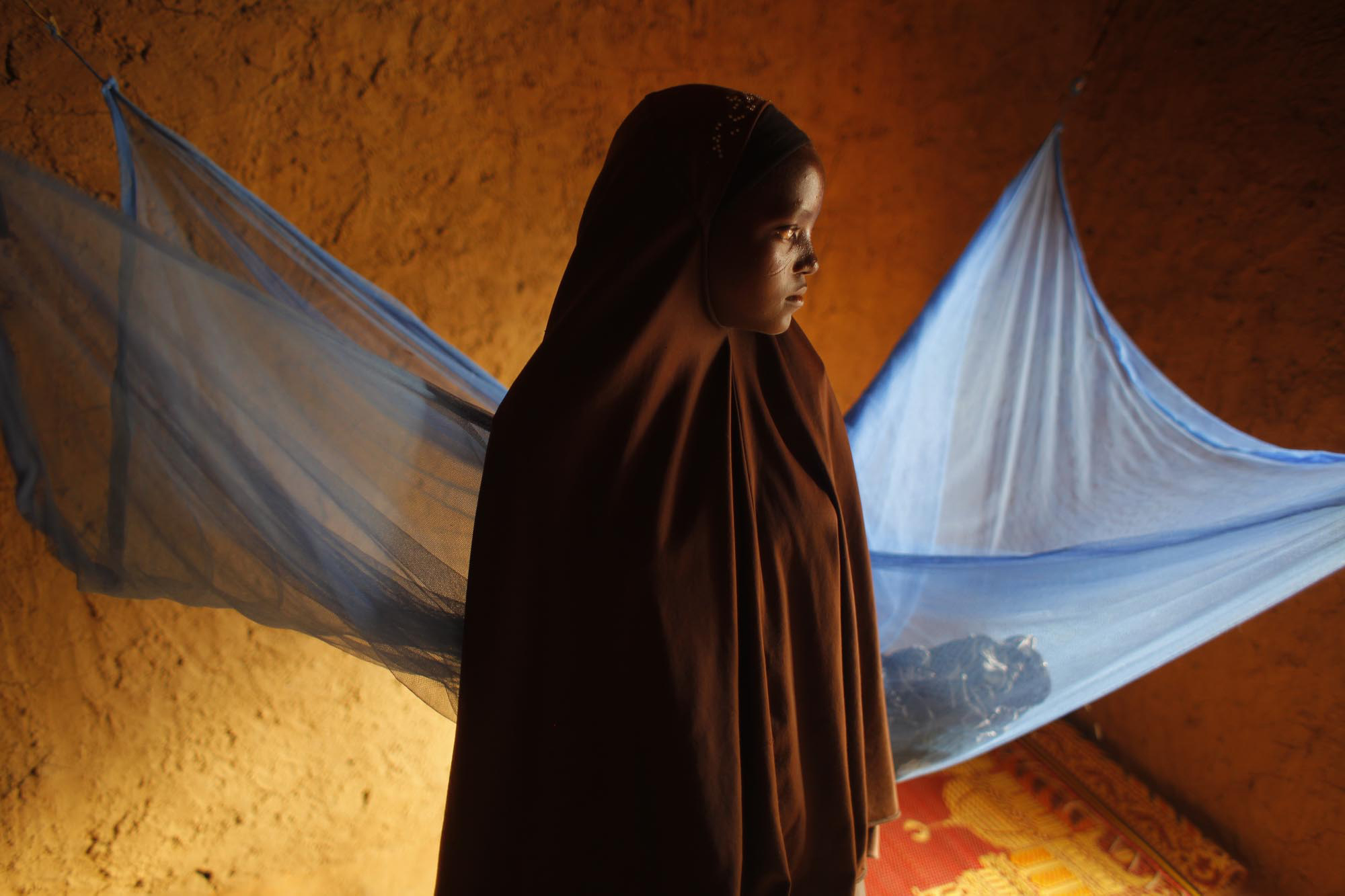 JUBA, South Sudan The 17-year-old beaten to death for refusing to marry a man old enough to be her grandfather. The teen dragged by her family to be raped to force her into marrying an elderly man. They are among 39,000 girls forced into marriage every day around the world, sold like cattle to enrich their families.

More than one-third of all girls are married in 42 countries, according to the U.N. Population Fund, referring to females under the age of 18. The highest number of cases occurs in some of the poorest countries, the agency figures show, with the West African nation of Niger at the bottom of the list with 75 percent of girls married before they turn 18. In Bangladesh the figure is 66 percent and in Central African Republic and Chad it is 68 percent.

Government statistics in South Sudan show half the girls there aged 15 to 19 are married, with some brides as young as 12 years old.

The report blames child marriage in part for an appallingly low female school attendance, with girls making up only 39 percent of primary school students and 30 percent at secondary school.

A UNICEF report this month blamed child marriage in part for poor school attendance figures in Congo, where one in four children are not in school.

Child marriage is not common in South Africa, where prosecutors are investigating what charges can be brought in the case of a 13-year-old epileptic girl who was forced to leave school and marry a 57-year-old traditional healer in January.

Human Rights Watch said that in South Sudan there is a "near total lack of protection" for victims who try to resist marriage or to leave abusive marriages. It called for a coordinated government response including more training for police and prosecutors on girls' rights to protection.

Aguet N. of South Sudan, for example, was married to a 75-year-old man when she was 15 years old, according to testimony she gave to Human Rights Watch.

"This man went to my uncles and paid a dowry of 80 cows. I resisted the marriage. They threatened me," the report said. "They said, `If you want your siblings to be taken care of, you will marry this man.' I said he is too old for me. They said, `You will marry this old man whether you like it or not because he has given us something to eat.' They beat me so badly. They also beat my mother because she was against the marriage."

Reducing child marriages is key to achieving U.N. millennium goals to improve child mortality and reduce maternal deaths, according to Malawi's Health Minister Catherine Gotani Hara. She said teen pregnancies accounted for up to 30 percent of maternal deaths in that southern African country.

"By ending early marriages we can avert up to 30 percent of maternal deaths and also reduce the neonatal mortality rate," she said in a statement published by the World Health Organization.

Complications of pregnancy and childbirth are leading causes of death in young women aged 15 to 19 years in developing countries, according to Dr. Flavia Bustreo of the WHO.

She said women activists grouped under a project "Girls, Not Brides," are trying to engage community leaders and traditional chiefs to end early and forced marriages.

Young brides also confront more violence, according to U.N. studies: Girls who marry before they are 18 are more likely to become victims of violence from their partner, with the risk increasing as the age gap between the couple gets larger.

Traditionally, poor families marry off young girls to reduce the family expenses on food, clothing and education. A big incentive can be the dowries older men will pay for a young bride, sometimes hundreds of cows.

Another South Sudan child bride, Ageer M., told Human Rights Watch, "The man I loved did not have cows and my uncles rejected him. My husband paid 120 cows. ... I refused him but they beat me badly and took me by force to him. The man forced me to have sex with him so I had to stay there."

In South Sudan, and some other countries, early marriage is seen as a way to protect girls from sexual violence and ensure that they do not bring dishonor on the family by getting pregnant out of wedlock.

Human Rights Watch called for South Sudan's government to clearly set 18 as the minimum age for marriage. But the country's minister for gender and child affairs, Agnes Kwaje Losuba, said the Child's Act already does that.

"We need to make sure this is implemented," she said.