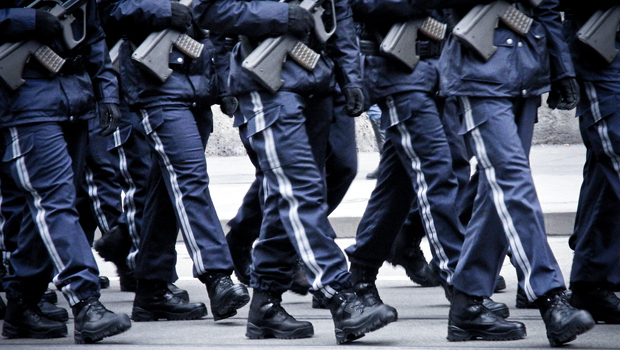 (MoneyWatch) I was shocked, distressed and angry to read the story and transcript of the recent 911 call in which a nurse allowed a patient to die because her employer, an assisted living facility, prohibited employees -- even medical staff -- from administering CPR or providing similar assistance. This short excerpt of the long (and inevitably fatal) interchange says it all:

Dispatcher: "We can't wait. She can't wait right now. She is stopping breathing. Is there anybody there that's willing to help this lady and not let her die?"

The only appropriate response to this is, "Are you kidding me?"

Slavish obedience to rules or policy hurts people and companies every day, whether in customer relations, employee matters or other areas of the business. And though it's truly not my intention to trivialize this tragic story by using it as a case study, the mindless compliance that cost this woman her life is the same type of lemming-like behavior that goes on in the business world; it's just that the price paid at the nursing facility was much higher than that of a more typical failure.

Rules, regulations and policies necessarily exist to establish a basic framework within which an organization operates. But they are not -- or should not be -- inviolable. Employees must be allowed and encouraged to use good judgment and common sense, even if it takes them off the playbook, to do what's right.

No less a structured and disciplined organization than the United States Marine Corps has, as one of its unofficial mottos, "Improvise, Adapt, Overcome." The Marines have rules -- in fact 350 excruciatingly detailed pages of them, developed and refined over 60 years by a group that's known to function pretty well. But you can rest assured that this Bible-like guide is not intended to replace the situational awareness, common sense and initiative of a Marine with a serious problem to solve. Here, in as strict and methodical, high-stakes a business as there is, the role of solid individual decision-making in a crisis is paramount.

Thankfully, most of us don't face daily challenges as serious as cardiac arrest or a firefight. But that doesn't absolve us of our responsibility to think for ourselves when the normal rules don't apply. Sometimes the rules are wrong, as most believe was the case in the nursing home -- the Good Samaritan Law protects its namesakes from liability, and in fact the 911 operator made it clear to the negligent nurse that EMS was fully responsible (not that any of that matters -- the nurse's refusal to act was reprehensible under any circumstances). And other times, rules are meant to be bent or broken: every situation is different and not all can be properly managed by the book. I know some people disagree with that, but that's because the book told them to. Give a man a fish...

Employees who hide behind the rules at the wrong time tend to do so for three main reasons:

1. Not knowing what to do: This is a massive failure of culture and management. If an employee has no choice but to turn to chapter and verse to figure out how to deal with a situation or make a decision, you can probably trace it back to poor hiring, training, supervision, parameter setting, encouragement, incentive, recognition and reward.

2. Fear of consequences: This is, unfortunately, a legitimate concern for some. There are indeed companies that expect employees to conform to the letter of the law at all times, and will punish them by the same letter of the law if they don't follow marching orders. I don't know of any good companies that behave this way, but unfortunately not all companies are good. The standard line from an employee of such a rule-bound company is "hey, I'm not losing my job over this," and it's a shame that they have to feel threatened in that way (and worse that it might be true); in the long run, everyone loses.

3. Protecting the company: This one always drives me nuts. Employees often think it's their job to protect and defend their companies against the evils of annoying, advantage-seeking customers. But few companies (again, certainly not good ones) actually need protecting from customers, thank you very much. Defensiveness is one of the absolute worst traits in anyone who deals with customers, employees or any other human beings involved in the business. If you want to protect your company, make people happy to be associated with it.

Legendary retailer Nordstrom famously says this in its employee handbook: "Rule #1: Use best judgment in all situations. There will be no additional rules." Granted, few companies have the cultural strength, history and courage to pull off so concise a rule book and not have it come back to bite them. But rules are like most other elements of a business -- the simpler they are, the more likely they are to work.

Most importantly, whether your rule book is a handout or hardcover, and no matter the nature of your business, you must have employees who are capable of using common sense and thinking for themselves. People who will not be punished -- and ideally will be rewarded -- for doing the right thing (or at least making an honest effort to), even if their best judgment tells them to stray from the script.

Mistakes and problems will happen whether employees go strictly by the book or not; but great companies, without any exception I know of, are made great by people who improvise, adapt, and overcome.