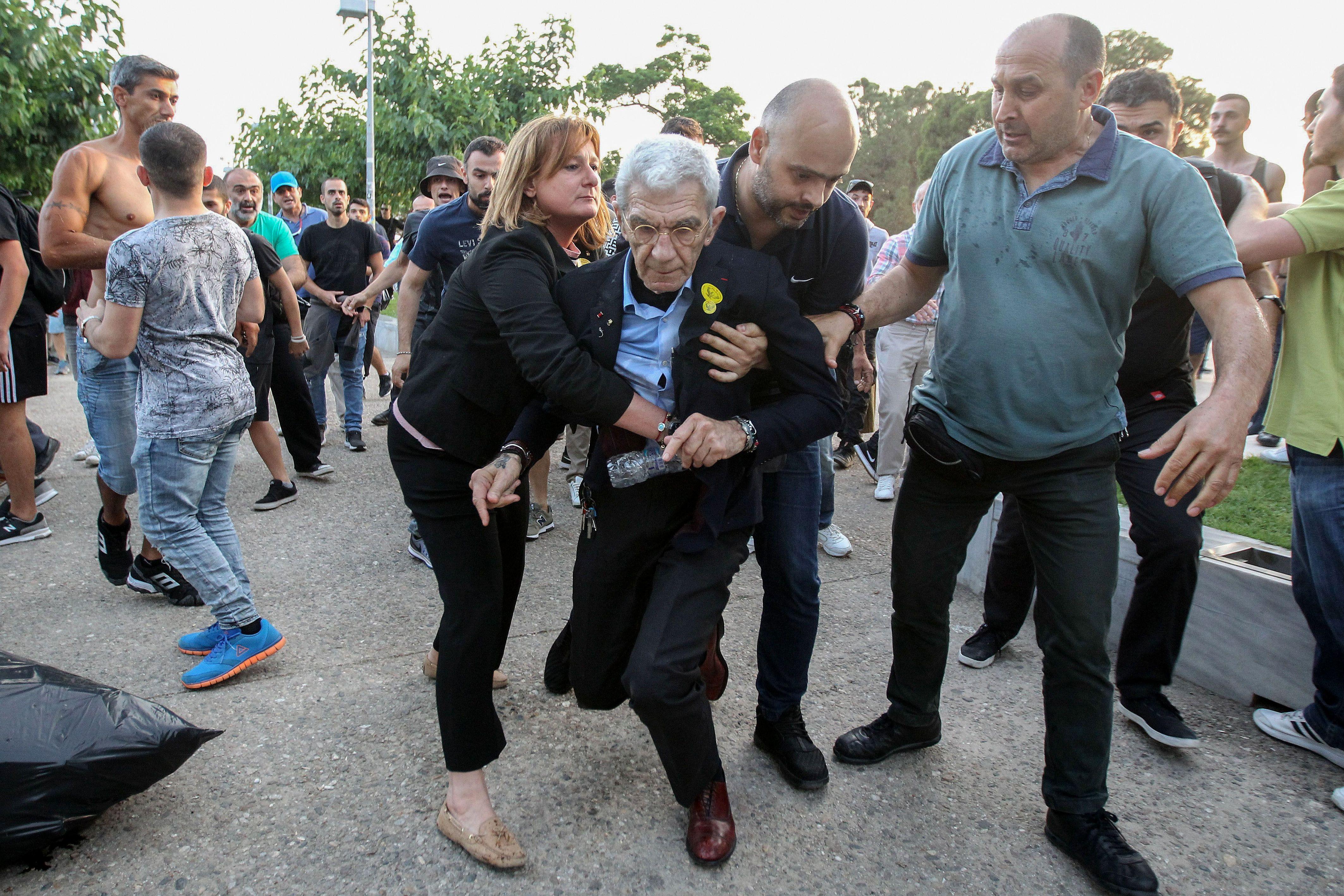 THESSALONIKI, Greece -- Two people have been arrested as suspects in an attack that left the mayor of Greece's second-largest city hospitalized, Thessaloniki police said Sunday. About a dozen people set upon Thessaloniki Mayor Yiannis Boutaris at a Saturday ceremony honoring Greek victims of purges carried out by Turks during World War I. He was thrown to the ground and kicked all over his body.

"I lived a nightmare," the 75-year-old Boutaris said after he was discharged from the hospital Sunday. "They were hitting me all over, with fists and feet."

The mayor was in a state of shock when he arrived at the hospital where he was treated for a leg injury and bruises, Ippokratio General Hospital director Vana Papachristodoulou said.

"He wanted to leave immediately, but we insisted and kept him overnight," she said.

One of the detained suspects is a 36 year old with previous arrests for robbery, police said. The other, a 20 year old, confessed, saying he was angered by a statement Boutaris recently made favoring friendlier relations with Turkey, police said.

Police are looking for more suspects. The Greek government blamed the beating on "extreme-right thugs."

Some Greeks with right-wing and far-right views praised the attack on social media. The mayor of Mycenae-Argos, who is a member of the center-right opposition party New Democracy, tweeted "This is the fate of the traitors," with "traitors" written all in capital letters.

Boutaris, a winemaker who was elected Thessaloniki's mayor in 2010 on a center-left ticket that ended the city's 24 years of conservative rule, is reviled by extreme nationalists.

The mayor's supporters are organizing a rally for Wednesday night at the site of the attack, next to the city's iconic White Tower, a 16th-century remnant of Turkish fortifications.

"All of us who believe in democracy and debate, let us gather in the White Tower," they said in a statement.