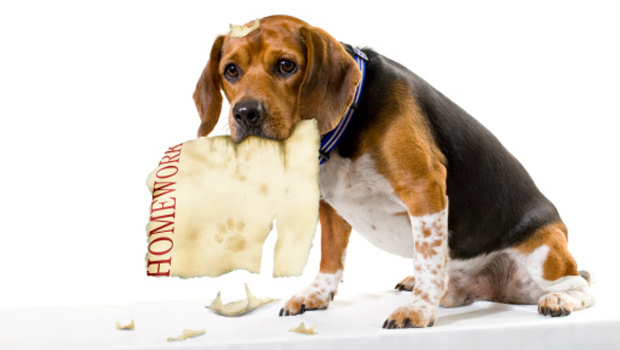 All those resolutions, all those reasons why we never quite manage to accomplish what we set out to so. Excuses, excuses! Our Cover Story comes from Susan Spencer of "48 Hours":

Navy veteran Ryan Sullivan got the ultimate call to duty in 2012, to introduce President Obama at a speech in Minnesota. He was thrilled; his 11-year-old son, Tyler, not so much.

But there was nothing boring about what happened AFTER the speech: "The President went around shaking people's hands, then he looked at me. And then he was, like, 'Aren't you supposed to be in school?' I was, like, 'Yeah.' And then he said, 'Can I write you an excuse note?'

"And then he wrote down, 'Please excuse Tyler. He was with me! Barack Obama, the President.'"

With an exclamation point!

"Whoa!" laughed Spencer. "It makes it sound like just the two of you went out to lunch or something."

Overnight, Tyler was a star, getting hundreds of thousands of views on YouTube. "Well, I guess I was more popular than Kim Kardashian one time," laughed Tyler.

And all it took was a presidential excuse.

He keeps the valuable document hidden in the basement, under lock and key. Understandably, for as Spencer admitted, "Hands down, this has to be the best excuse anybody could possibly have."

But how many of us can get a presidential pardon? And without one, what is the best way to excuse ourselves when we, for example, forget an anniversary? Or sleep through a meeting? Or find ourselves at Macy's when we're supposed to be at work?

Lou Harry and Julia Spalding make no excuses for writing their two-volume "Complete Excuses Handbook," subtitled: "The Definitive Guide to Avoiding Blame and Shirking Responsibility for All of Your Own Miserable Failings and Sloppy Mistakes." To them, an excuse is not a lie. "Well, not necessarily a lie," laughed Harry. "It can be. It can be. Some of the finest ones are. But it doesn't have to be."

Spalding said her favorite excuse right now is "It's on my list of things to do."

"Excuses, I think, work best when they're very vague," she said. "Saying that it's on your list of things to do implies that you're working on it."

Sound familiar? Excuses just seem to be part of the human condition.

Harry said, "Lives are complicated. But excuses sometimes try to reduce them to a single thing, to try to explain how something happened, push it aside, and move on."

Through the Ages, the most common way to do that: Finger-pointing! Something even Bible characters may have tried. "I believe at some point, Judas' mother probably said, 'You know, he was a nice boy. He just fell in with the wrong crowd,'" said Harry. "I think there's always a way to blame other people."

Or the weather! The manager of the 2011 North Korean women's soccer team claimed lightning struck several players before their match, so, OF COURSE they played poorly.

Earlier this year, U.S. Olympic speed skaters said it was their new UNIFORMS that slowed them down.

"An excuse is about trying to deny -- 'It's not my fault, don't blame me,'" said professor Mike Crant of the University of Notre Dame, who actually studies excuse-making.

Spencer asked, "Is it effective to push blame onto other people?"

It is," said Crant. "There's a lot of evidence to suggest that it works."

Former Congressman Anthony Weiner's excuse for sending women interesting pictures of himself -- that his Twitter account had been hacked -- couldn't save his job.

From Washington to Hollywood, excuses never seem to go out of style.

Charlie Sheen trashed his hotel room in 2010; his publicist blamed an allergic reaction to his medication.

Paris Hilton once said she thought the cocaine she had was chewing gum.

And poor Ashlee Simpson -- caught lip-synching on "Saturday Night Live" -- tried to dance her way out of it.

"I feel so bad! My band started playing the wrong song, and I didn't know what to do, so I thought I'd do a hoe down."

According to Lou Harry, "Sometimes an excuse is an attempt to connect to the humanity of another person, to say, 'You've been there, too, haven't you?' And sometimes that can work. 'You guys understand what this is like' -- which doesn't explain why the prostitute was in the hotel room. But, you know, we're all human!"

"Am I an addict? No. Have I tried it? Probably in one of my drunken stupors."

"I wish all politicians were like Rob Ford," laughed political satirist P.J. O'Rourke. "Because it really would give us an explanation: 'What was I thinking when we passed that bill? I was drunk and smoking crack, I don't know!''"

Ford's excuse was unique, but politicians are masters of this art, says O'Rourke. He says the role of excuses in politics is "Absolutely central."

He traces the trend back to the Nixon administration: "The great shift from blaming things on powers that are beyond you to blaming things on people who are beneath you -- bad staff work. 'It never got to my level.' 'I didn't know about it.'"

If that fails, says O'Rourke, there are always those two ever-popular words: "I mis-spoke." "I didn't lie. I didn't say something incredibly stupid. I didn't let my darkest thoughts pop out my mouth. But, 'I mis-spoke'? What?"

"What do you think makes a good political excuse?" asked Spencer.

To which O'Rourke replied, "There are no good political excuses."

And maybe no good excuses at all. A CBS News poll found that 85 percent of us think we use too many of them.

Professor Crant suggests an alternative approach -- something he calls "self-handicapping."

"It's a pre-emptive excuse," said Crant. "A high school student is scared about an upcoming test, so she tells her mom and dad, 'Listen, the teacher's not very good. The teacher hasn't been doing a good job explaining the material. I don't understand it.'"

Then if she does badly on the test, the "horrible teacher" is to blame. "Mom and Dad aren't going to be as upset, because she managed expectations," said Crant.

So, if you fail the test, are late for your meeting, or spend your workday shopping, plan that excuse BEFORE you need it -- and watch out for the Internet!

Not an issue for the lucky Sullivans. When asked what his son's experience taught them about making excuses, Ryan Sullivan told Spencer, "Don't make excuses. [And] if you're gonna make an excuse, make it the best excuse ever!"