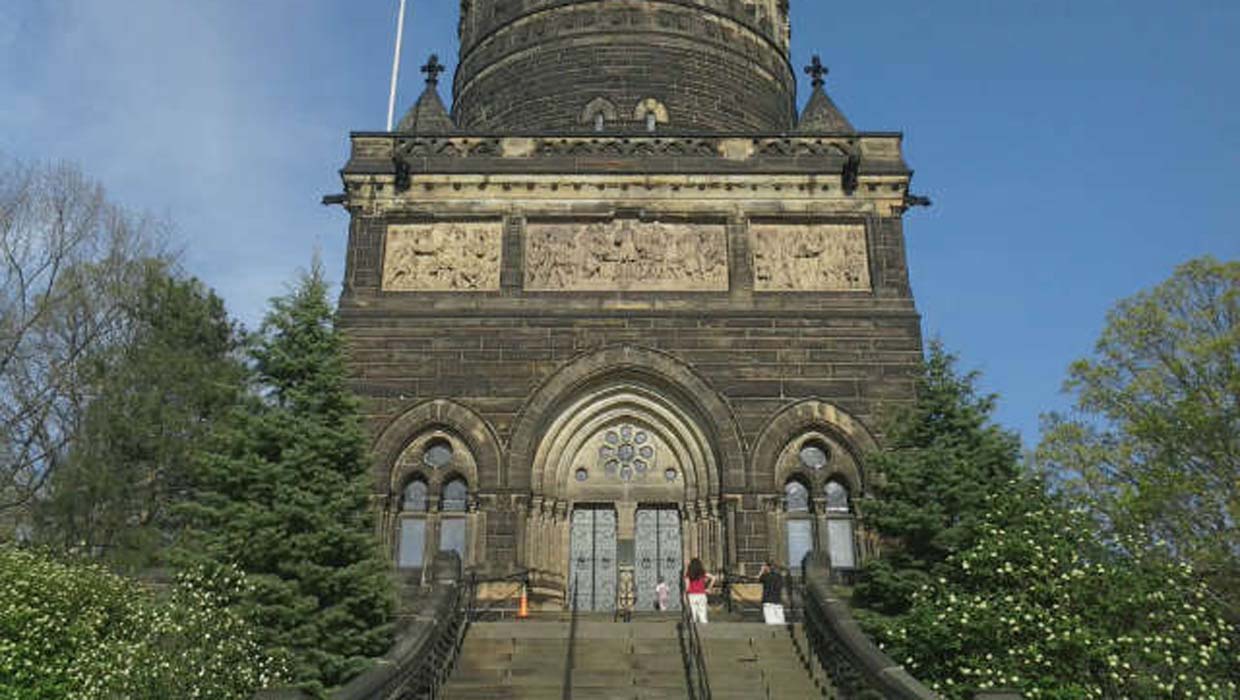 Early Wednesday morning in Cleveland Heights, a cemetery employee found the monument door open and roughly two dozen demitasse spoons and teaspoons missing, according to the station. A lock was also missing and pieces of glass were scattered around the scene, officers said.

The cemetery's website says Garfield is the only president to have his casket on full display. It is located near the glass case from which the spoons were stolen. His wife's casket is next to his.

Police reports say cigarette butts, a T-shirt and a whiskey bottle were recovered. WOIO reports that a fingerprint was found and is being investigated.

Police have not identified any suspects. According to the station, cemetery management told authorities about an ex-employee who had been acting strangely.

Garfield, the nation's 20th president, was born in the Cleveland suburb of Moreland Hills. He was assassinated and served just 200 days in office.