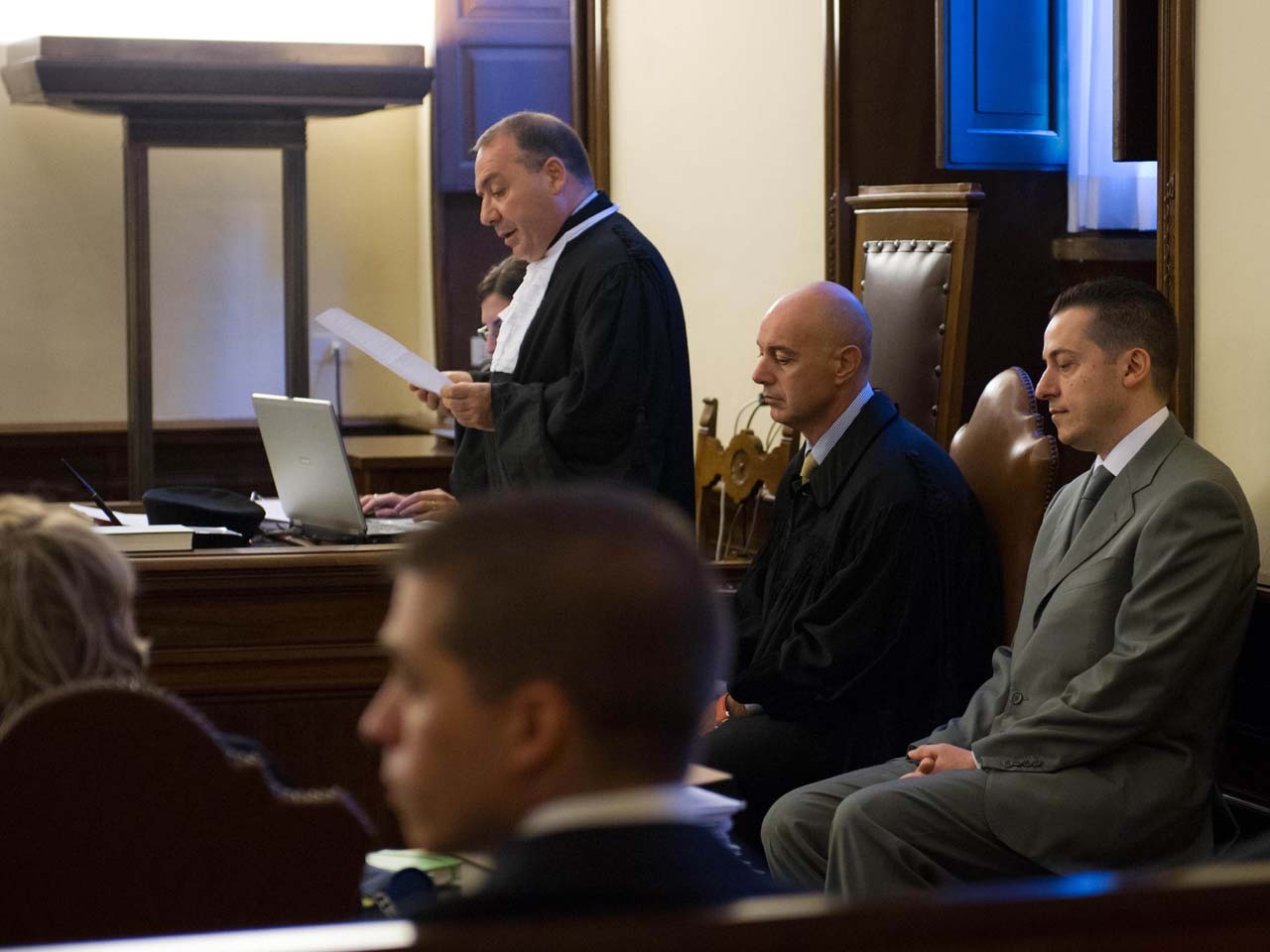 VATICAN CITY — The Vatican opened the public trial Saturday of the pope's butler for allegedly stealing and leaking papal correspondence to a journalist, the most embarrassing scandal of Pope Benedict XVI's papacy.

Paolo Gabriele, a 46-year-old father of three, faces up to four years in prison if he is convicted of aggravated theft in the worst security breach in the Vatican's recent history.

He has already confessed, saying he acted to shed light on what he called "evil and corruption" in the church, and asked to be pardoned by the pope — something Vatican watchers say is a given if he is convicted.

Saturday's proceedings ended before their scheduled three hours were up, and were slated to resume Tuesday. The trial is expected to be over by the end of the week, though the length of the trial will depend in large part on the number of objections to the indictment and witness lists.

It opened inside the austere, wood-trimmed courtroom of the Vatican tribunal, housed in a four-story palazzo inside the walls of Vatican City. Journalists covering the trial were required to leave their mobile telephones outside during the proceedings, and a written note delivered to the Vatican press office confirmed that the trial was indeed under way.

While the Holy See has seen its fair share of sensational trials — in 1600 Giordano Bruno was burned at the stake after being condemned by a Vatican court for heresy — this is the most high-profile case to come before the three-judge panel since the creation of the Vatican City state in 1929.

"If nothing else," says CBS News correspondent Allen Pizzey, "the case sheds an embarrassing light into the dark recesses of the Vatican, showing what is by its very nature supposed to be a beacon of truth and forgiveness as more akin to a major corporation, replete with ambition, infighting, backbiting and intrigue."

Gabriele, who was replaced as papal butler after his May 24 arrest, is accused of taking the pope's correspondences, photocopying the documents and handing them off to Italian journalist Gianluigi Nuzzi, whose book "His Holiness: The secret papers of Pope Benedict XVI," was published to great fanfare in May.

The most damaging letter reproduced in the book was written by the former No. 2 Vatican administrator to the pope, in which he begged not to be transferred as punishment for exposing alleged corruption in the awarding of Vatican contracts. The prelate, Monsignor Carlo Maria Vigano, is now the Vatican's U.S. ambassador.

Nuzzi has said his source, code-named "Maria" in the book, wanted to shed light on the secrets of the church that were damaging it. Taken as a whole, the documents seem aimed primarily at discrediting Cardinal Tarcisio Bertone, the Vatican secretary of state and Benedict's longtime trusted deputy. Bertone, 77, a canon lawyer and soccer enthusiast, has frequently been criticized for perceived shortcomings in running the Vatican.

Given the content of the leaks and the Vatican's penchant for secrecy, the fact that the trial is open to the public and media may strike some as unusual. In fact, such trials in the Vatican's civil and penal tribunal are routinely public. They just don't happen very often or attract much attention. The Vatican's ecclesial courts on the other hand, which handle marriage annulments, clerical sex abuse cases and other matters of church law, remain firmly off-limits to outsiders.

That said, access to Gabriele's trial is limited, in part due to space constraints: While the court is technically open to the public, those requesting access must petition the judges to be allowed in. Eight journalists will attend each session and report back to the Vatican press corps. No television, still cameras or recording devices are allowed, and the court transcripts won't be available to the public.

In some ways, the willingness of the Vatican to proceed with the trial at all is an indication of its efforts to show new transparency in its inner workings. Benedict could have pardoned Gabriele as soon as he was arrested or charged, precluding any trial from getting off the ground. Instead he allowed the trial to go ahead, evidence of the "courage" the Vatican is showing to be more transparent, Vatican spokesman the Rev. Federico Lombardi has said.

He called such transparency unprecedented for the Vatican and likened it to the Holy See's recent decision to submit its financial institutions to outside scrutiny by the Council of Europe's Moneyval committee.

Prosecutors quoted Gabriele as saying during his interrogation that he knew taking the documents was wrong, but that he felt the Holy Spirit was inspiring him to shed light on the problems he saw around him. He said he felt the pope was being kept in the dark or misinformed by his collaborators.

"Seeing evil and corruption everywhere in the church ... I was sure that a shock, even a media one, would have been healthy to bring the church back on the right track," Gabriele was quoted by prosecutors as saying during a June 5 interrogation.

They quoted him as saying he never intended to hurt the church or Benedict.

No oaths are taken at the start of the trial, as the Vatican legal system, like the Italian one on which it is based, assumes a suspect may lie for self-protection. A judge reads aloud the charges against Gabriele, the defense can raise objections and both sides can enter their witness lists.

The Vatican took the betrayal of the pope's privacy very seriously: Benedict appointed a commission of three cardinals to investigate the origin of the leak alongside Vatican magistrates; they delivered their confidential report to the pope over the summer.

Clerics have lamented how the episode shattered the trust and discretion that characterize day-to-day life in the Vatican, with bishops now questioning whether to send confidential information to the pope for fear it may end up on the front page of a newspaper.

Benedict himself addressed the scandal for the first time a week after Gabriele was arrested, saying the news had "brought sadness in my heart." But in a nod to his continued confidence in Bertone, he added: "I want to renew my trust in and encouragement of my closest collaborators and all those who every day, with loyalty and a spirit of sacrifice and in silence, help me fulfill my ministry."

To see Allen Pizzey's report, click on the video in the player above.
View CBS News In
CBS News App Open
Chrome Safari Continue
Be the first to know
Get browser notifications for breaking news, live events, and exclusive reporting.