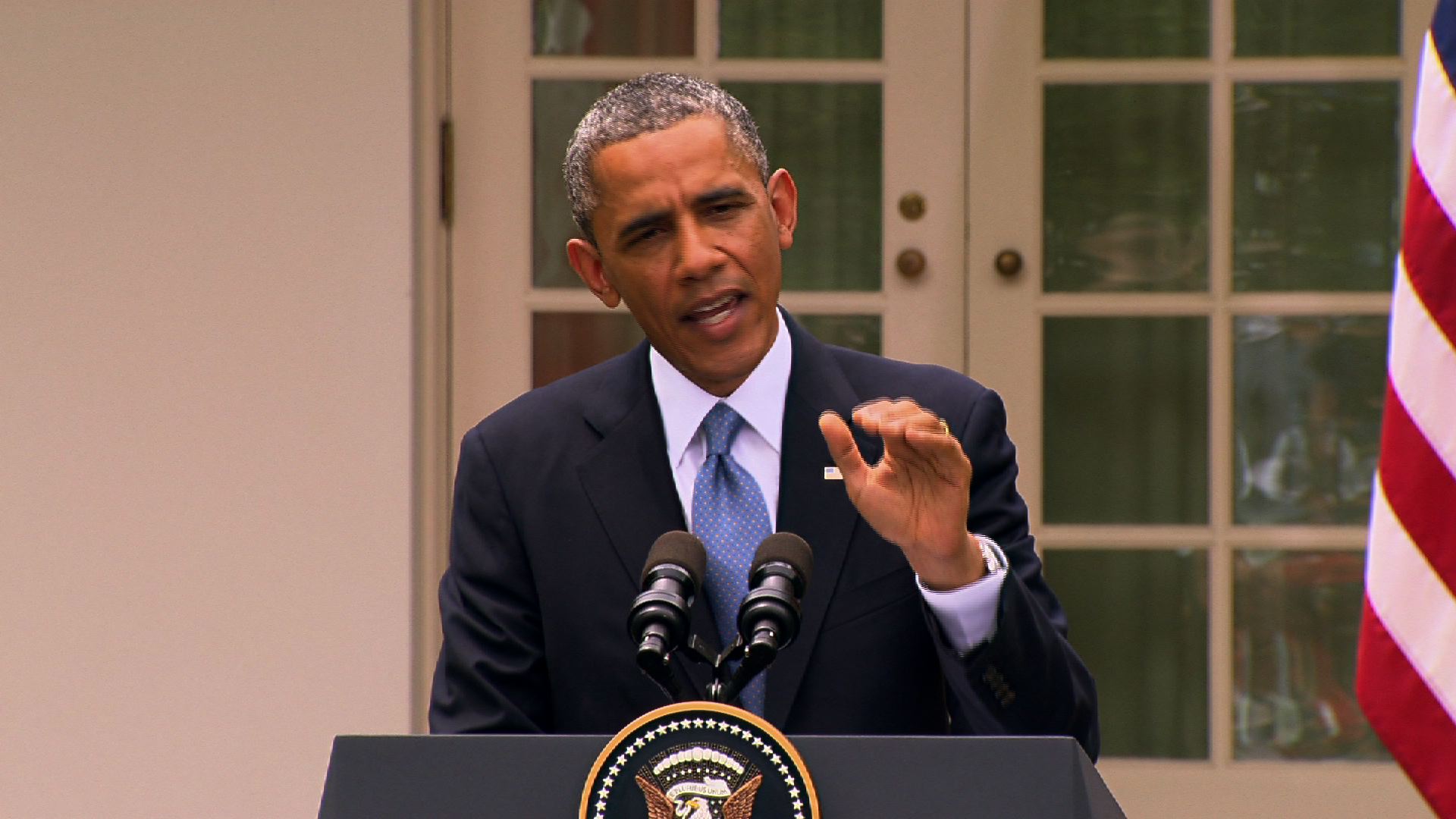 When White House Chief of Staff Denis McDonough told his colleagues last week to spend no more than 10 percent of their time responding to scandals, he didn't know a tornado would devastate entire stretches of Oklahoma. He knew something like it would happen though. A chief of staff knows that White House plans are always being upset, so he reminds his staff: Don't get too distracted, bigger distractions are always on the horizon.

The destruction in Oklahoma brings perspective to the debate about what a president should do and when. For the last several weeks, the president's critics have been trying to get him to react to crises both real and imagined. With the Oklahoma disaster, the answer is obvious about what a president and his staff should do: all hands on deck. But how do you focus a White House when there is no clarifying event? That's what Denis McDonough was trying to do.

All presidencies try to minimize the distractions. When George W. Bush came into office, his aides talked about how he would be an "A4 president," meaning that is how deep you would have to page through the newspaper to read about him. He wouldn't feel compelled to participate in every story that news editors decided was worthy of the front page. His administration would stay focused on the important things.

Every administration has an abstract hierarchy of priorities it tries to follow. In a world of limited resources, limited presidential time, and inevitable distractions, staff follow this general pecking order: emergencies, duty, vision, press demands, and partisan criticisms. Forces from each of these groups will try to change this order, but a successful White House keeps their eyes on the prize.

This is all fine and good, but as the Bush administration learned and every administration learns, it's hard to sustain. The press and partisan critics can make those lower priorities inch up, especially if a White House is inattentive or unprepared.

Right now there is a debate over whether the Obama White House has its priorities straight. Critics say items the president should be treating as part of his duty or as an emergency, like the attack on the U.S. consulate in Libya, are being blown off as a lesser-order nuisance. The president called the Benghazi talking points a "sideshow." White House senior adviser Dan Pfeiffer said much of the recent controversy--from questions about the response to the Benghazi attack to the IRS targeting of conservative groups--was the result of a Republican witch hunt.

So the Obama team was wrong about the priority of the issue, but right about the lack of evidence of a cover-up. The IRS scandal is also a battle between priorities and allegations of a cover-up. At the moment, there is no evidence of a White House cover-up, or even involvement for that matter. Investigators will keep digging. The most important question: Who initiated the extra attention the IRS gave to conservatives? The IRS says it was a natural response to the increase in applications after the Citizens United case. But there was no such uptick.

As a matter of priorities, when the IRS matter came to light, the president faced criticism that he was out of touch with the activities of his own administration. Press Secretary Jay Carney said the president had learned about it--like the rest of us--from news reports. Though members of the White House staff had known about the IRS inspector general's report detailing the abuses for a month, Carney says they never told the president for legal reasons.

The White House reaction to the IRS scandal offers a classic test of the McDonough formula. The president has no control over the IRS. (In fact, it would be a crime if he did.) So calls for him to act like an action hero and storm into the IRS to clean house are illogical, especially before the official inspector general's report was published.

That presumably was similar to the mindset that led to the White House staff's relaxed reaction to the IRS report when they first learned about it in April. This was a mistake. Not a cover-up, but a failure of priority management. Because it was inevitable that the reports of the IRS targeting conservative groups would explode. White House aides are familiar with the action-hero expectations of the presidency. Surely they could have anticipated that the chattering class would want action of some kind. No plan was put in place for an immediate reaction.

Why does this matter? Because the lack of preparation for the predictable outcry has created unnecessary obstacles to the legitimate issues that require White House focus. With a little pre-planning, perhaps the White House aides could be spending 5 percent of their time responding to the scandal instead of 10.

Various White House aides have rushed forward to explain and defend the president's inaction. He didn't react immediately because he was waiting for the inspector general to issue his formal report. Also, why should the president participate in a partisan and press circus before the facts are in? These defenses are reasonable, but ascribe too much purity to the Obama White House. When it is in the president's interest, he will embrace the circus. White House aides can be quite nimble and efficient when they want to feed the media. Photographs of the president meeting with advisers in the situation room are dispatched. Aides report the president is being briefed regularly on developments. If the president were so adverse to getting out ahead of the facts, he wouldn't have leaned so heavily on the idea that a crude video had sparked the Benghazi attack.

Imagine if the White House had reacted to the IRS news the same way it does other crises. The press would've been emailed news that the president woke Treasury Secretary Jack Lew in the middle of the night and said he wanted answers. The president would've called the head of one of the small Tea Party organizations targeted and apologized for the actions of the IRS and promised to get to the bottom of it. Perhaps he would've made promises about the IRS that his authority doesn't even allow him to make. He's done this kind of thing before. During the campaign, when the president was courting women voters, he found time to call Sandra Fluke to offer his support after Rush Limbaugh attacked her for speaking out about medical coverage for contraceptives.

All this theatricality doesn't take much time or presidential effort. It would have been a distraction worth enduring to help the president's underlying agenda. It might lower the press feeding frenzy--fewer claims that Obama was asleep on the job, a charge that echoed one of the criticisms about the response to the Benghazi attack. With health care implementation relying on the IRS and immigration reform likely to pass only if enough Republicans can be convinced that government will enforce the laws, some demonstration from the president about how seriously he reacts when the government overreaches would not have hurt.

In the end, who knows how much of a distraction the IRS scandal will be to the rest of the president's agenda. The public isn't penalizing him--his approval rating is holding steady. On issues like immigration reform, Republicans have a strong incentive to pass a bill that can overcome whatever new dislike they have for the president. It's also not certain that a perfect response to the first news reports about the IRS would have stopped his opponents from taking advantage of this scandal. No one loves the IRS and there is legitimate fault in this instance. For Republican lawmakers constantly being put to purity tests by conservative elites, the scandal also offered a chance to lock arms with the grassroots Tea Party cause. Still, it seems that White House aides who know how to exploit issues for political gain would have been a little surer footed given that they had a month to prepare. It's not a crime, or a cover-up, just another example of how hard it is to stay focused.