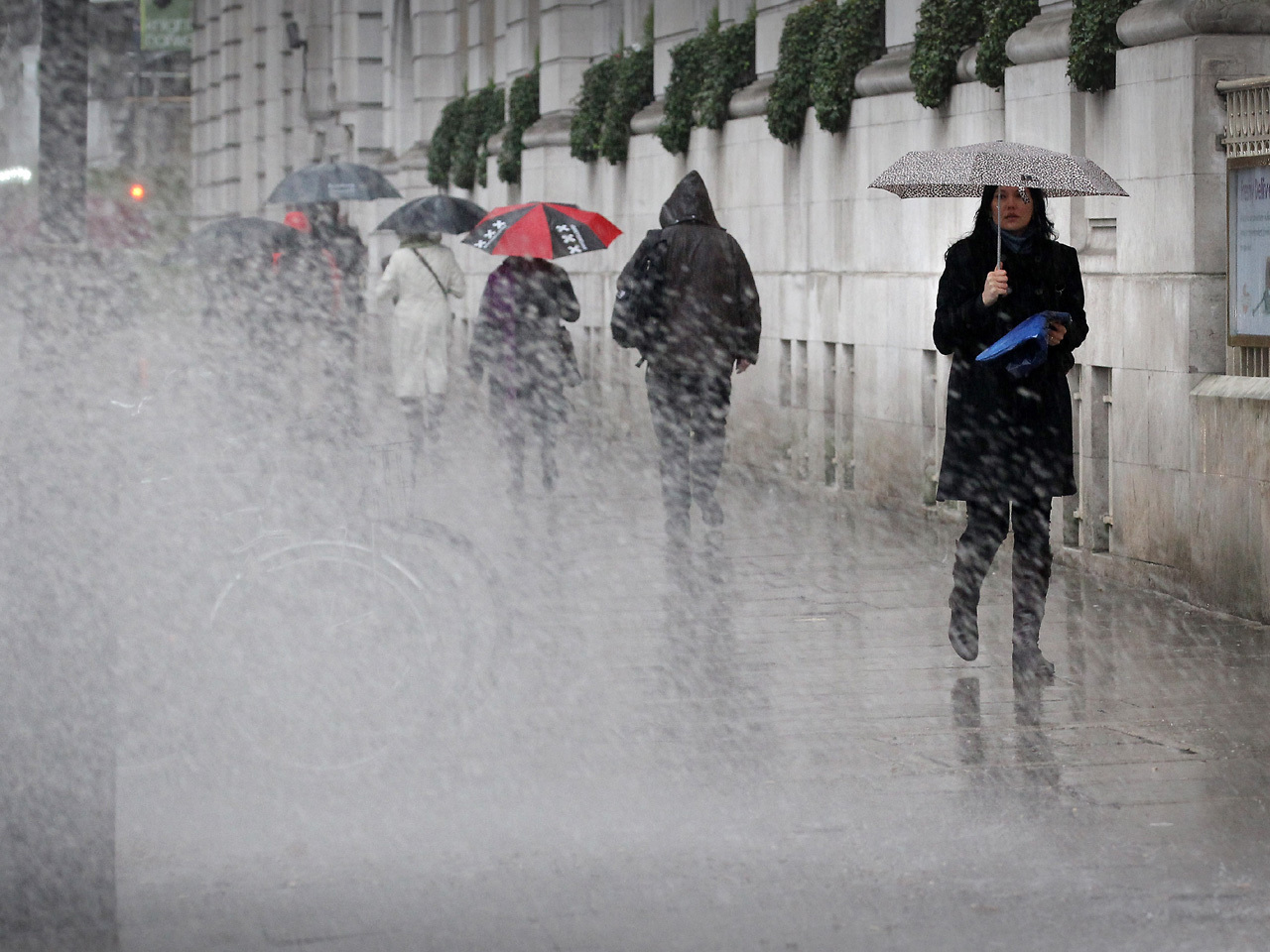 While I've been living in the U.S. for 15 years, I always assumed that I had retained my British approach to trials and tribulations: a stiff upper lip and get on with it. However, I am beginning to crumble in this dull, bleak and miserable London weather, so it would appear my stiff upper lip has gone a bit floppy.

So in an effort to give you a truly authentic British blog, I'm going to have a good old moan about the weather.

Since landing in London on Feb. 8, I have been cold - chilled to the bone, teeth chattering and ear numbingly cold. "Get a better coat," I hear you say.

Sadly, television doesn't allow for me to be wrapped in a duvet. I was physically blown off my apple crate during a live segment in St. Andrews and I nearly ended up in the Irish Sea while covering the Queen's trip to Anglesey in Wales last week, so it has become clear that - much to my chagrin - I have become a complete and utter wimp.

Cold weather has always been a hot topic among Brits. Upon meeting a new acquaintance we're likely to discuss the weather to avoid any awkward silences. The start of a phone conversation will include a rundown on the latest weather and if in doubt you can always rely on the weather to provide a myriad of moans and complaints. If there's one thing we Brits are united on, it's the weather.

With this in mind, it's hardly surprising that we are all pondering as to whether spring will make it in time for the royal wedding. While provisions have been made for a closed-top carriage in the event of rain, there will be a near-on riot if the newlyweds actually use it. Come rain or come shine many a stoic subject will be lining the wedding route and no one is going to want a piddly little view of the couple through a carriage window.

As I've come to realize though, Will and Kate are made of far hardier stock than I. They have survived university years in Scotland while I would have made a pitiful retreat south. They have endured the harsh conditions of Anglesey and yet spoken of their love for the town and so I have no doubts that whatever the weather gods throw their way, they shall handle it in a cool and collective fashion. And yes, just get on with it.

I, however, may be a different story entirely. So my request to you - as yet another cold and blustery day draws to a close - is that you collectively bring on your sunshine dance. Nowhere looks prettier than London basking in glorious sunshine and it's about time spring was finally sprung, especially in time for the wedding of the century.