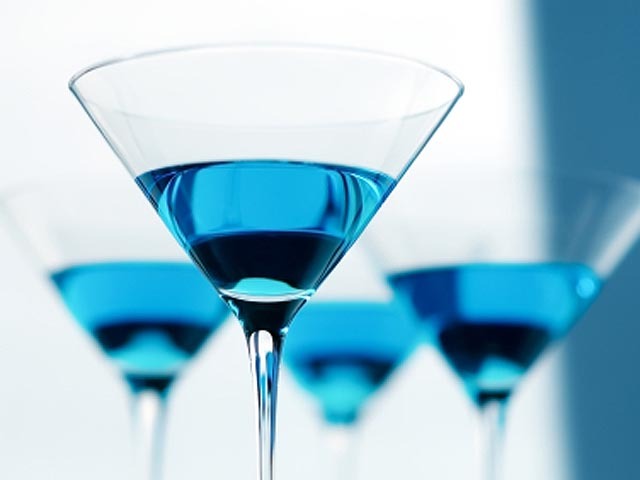 Brits are known to enjoy the odd tipple. The pub culture is huge. It's those same pubs that seem to have the most events planned come royal wedding day, Prince William and Kate Middleton's favorite watering hole - The Old Boot Inn - included.

It should come as no surprise that a royal-themed cocktail menu has been created by London's Park Plaza Hotels and Resorts. Thankfully, each cocktail on the list is a little tamer than the famous knock-you-on-the-floor-and-possibly-render-you-unconscious Mahiki favorite, "The Treasure Chest." Of course, if you combine two of them you'll be getting your five-a-day in the fruit department, so I say bottoms up!

The late Queen Mother was a big fan of gin and Dubonnet. She once noted before a trip, "I think I will take two small bottles of gin and Dubonnet with me this morning in case it is needed." (Quite spectacular forward planning on her part.)

The Queen herself is also partial to a gin and Dubonnet. Charles likes a Martini with an excessive amount of gin. And Harry? He'll drink just about anything.

With this penchant for the good stuff, it was a little surprising when Clarence House announced that Will and Kate will be sticking to soft drinks until their evening reception on April 29. I'm guessing by then they'll need a gallon of Red Bull, such will be the never ending nature of the day.

No doubt Harry will lead the charge when it comes to really getting the party started. Still, they may want to think about embracing the gin and Dubonnet tradition. After all, the Queen Mother lived to be 101 and the current Queen will be 85 this year. Pass the bottle.

Until next time royalphiles, keep calm and carry on.

The cocktails will be available from April 1-May 16.