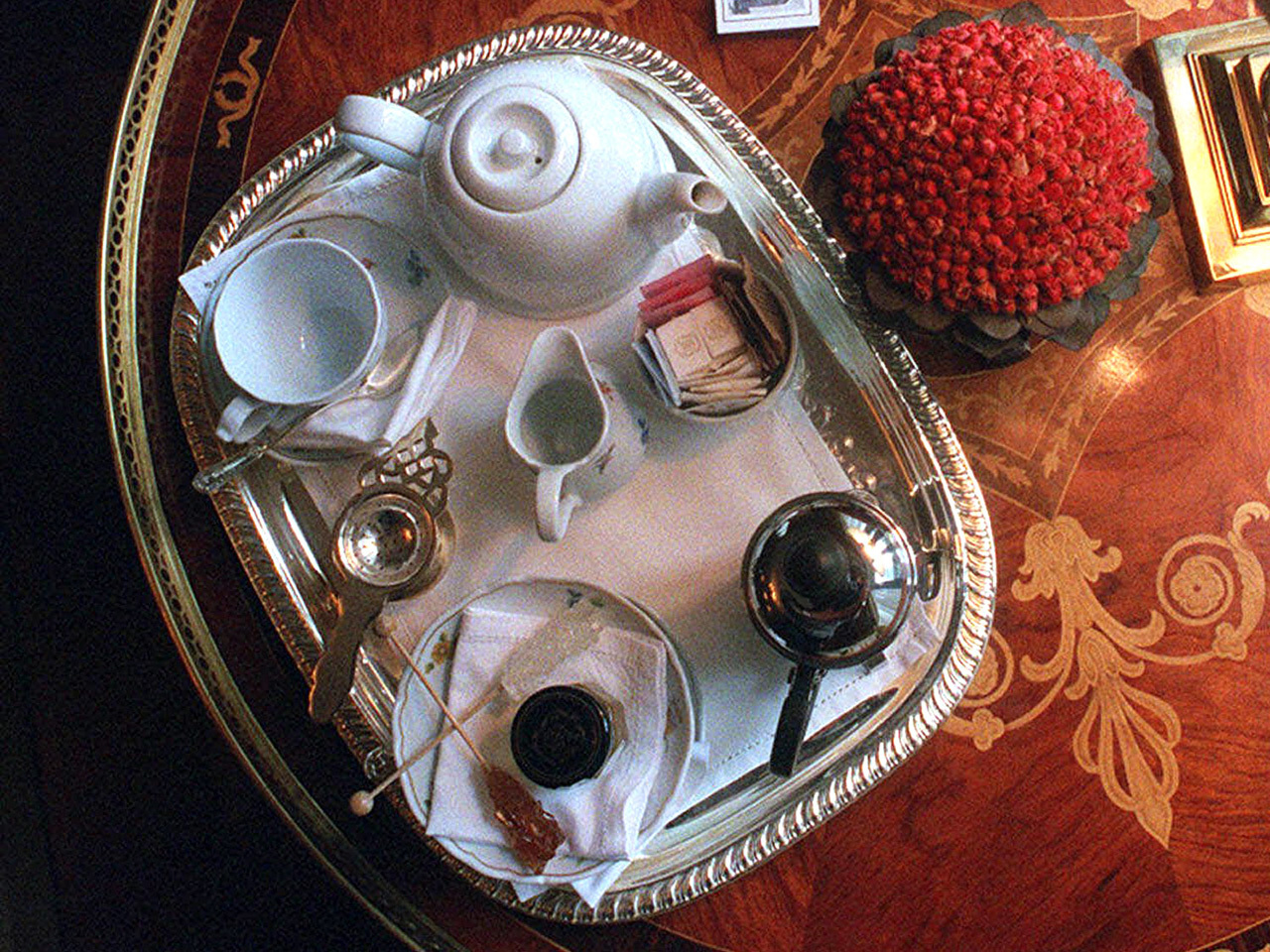 We take afternoon tea very seriously in England. I can't tell you how civilized it is to stop everything at 4 p.m. and take respite in a good strong cuppa.

Tea can solve a multitude of problems and when all else fails, the one constant to the British is tea. Like everything else, there seems to be a sudden spurt of royal wedding-themed teas, from the very grand to the quite modest. I thought this might be the perfect opportunity to get to the bottom of what makes a perfect cup of tea.

Many years ago when I moved to America, I was homesick, overwhelmed and completely shell-shocked by the madness of New York. I retreated to the nearest diner and did what any self-respecting Brit would do: I ordered a cup of tea.

While I waited, the server brought me a small bowl of lukewarm water. Ah, a fingerbowl, I thought, gosh, they really do do things properly in America.

I found it a little odd that said bowl was in fact a cup, but in an effort to blend, I thought, Don't question, just do. I dipped my fingers and proceeded to wait patiently. Time passed, and of course I was too polite to ask where my tea was (another common British trait).

Finally, when I'd been sitting there a good 20 minutes, I asked the waitress, "Where's my tea?" She looked as though there was something wrong with me, grunted, and pointed at my fingerbowl.

There, to my horror, I noticed a teabag lying lamely in the saucer. Suddenly, it all fell into place: Americans don't drink tea unless there's ice in it. I had moved to a nation of coffee drinkers.

If you should come to England - especially for the royal wedding - I highly recommend you take in a quintessential afternoon tea. It may cost you a liver or kidney as well as an arm and a leg, but it'll be worth every dainty sip and petit-four.

If you want to look in-the-know, not bothered, and supremely posh, then try the Goring Hotel. You'll look extra hip because - allegedly - the Middleton family has taken over the entire establishment for Royal Wedding Eve and it's rumored that Kate will leave from the Goring on her final journey to Westminster Abbey as a commoner.

However, if you're prepared to indulge in the ultimate experience, then why not go for the newly-launched Harvey Nichols Royal Wedding Tea? Not only do you get to take home a snazzy gift, but they're serving patriotic Fancy Nancy cakes, too.

Harvey Nichols also happened to be one of Princess Diana's favorite department stores. It's a great spot for people-watching for aristocrats. You'll know the bluebloods right away by their loud and braying voices declaring everything a bloody nuisance, and their perfectly coiffed bobs.

As the whole world unites on an anglophile kick, why not embrace a few British habits while you're at it and sit down to afternoon tea at four o'clock. You just never know when the Queen might stop by.

How to make the perfect cup of tea:

1. Boil water fully.
2. Pour boiled water over the top of the tea bag to open the perforation.
3. Let steep.
4. Remove teabag.
5. Add milk to taste.
6. Try not to add sugar.
7. Watch your problems melt away.


Read more by The Wedding Planner:
Where's the excitement, Brits?
Royal souvenirs out of control
Which carriage will Kate Middleton use?