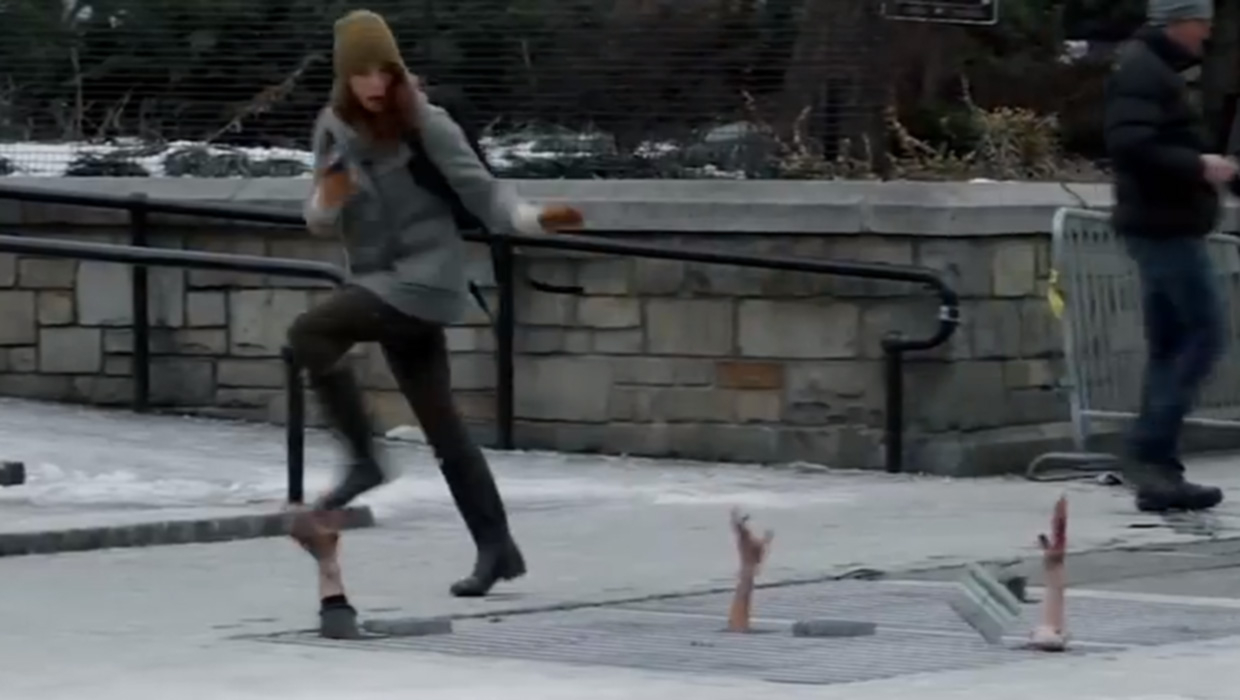 Walkers on the streets of New York recently fended off walkers from "The Walking Dead".

As part of a guerrilla marketing promotion, actors were made up to look like zombies from the hit AMC series and placed below a grate in Manhattan's Union Square.

Unknowing pedestrians who stepped near or above the grate were met with zombified hands and arms reaching up from the ground below them.

"The Walking Dead" isn't the first TV series to use unorthodox street campaigns to try and scare up viewers, although things can go wrong when the public fails to get the gimmick.

In 2007, LED lights scattered throughout Boston, designed to spread the word about Cartoon Network's "Aqua Teen Hunger Force," unintentionally set off a very real city-wide bomb scare. Turner Broadcasting Systems, which owns the Cartoon Network, was ordered to pay a hefty $2 million fine because of the chaos caused by the promotion.

But it looks as though no one saw this latest marketing stunt as a sign of the zombie-apocalypse, although more than a few passersby initially screamed at the sight of the walkers before quickly laughing off the prank. Others just stared in confusion, as can be seen in the video below.

The mid-season premiere of "The Walking Dead" airs this Sunday at 9 p.m. ET on AMC.