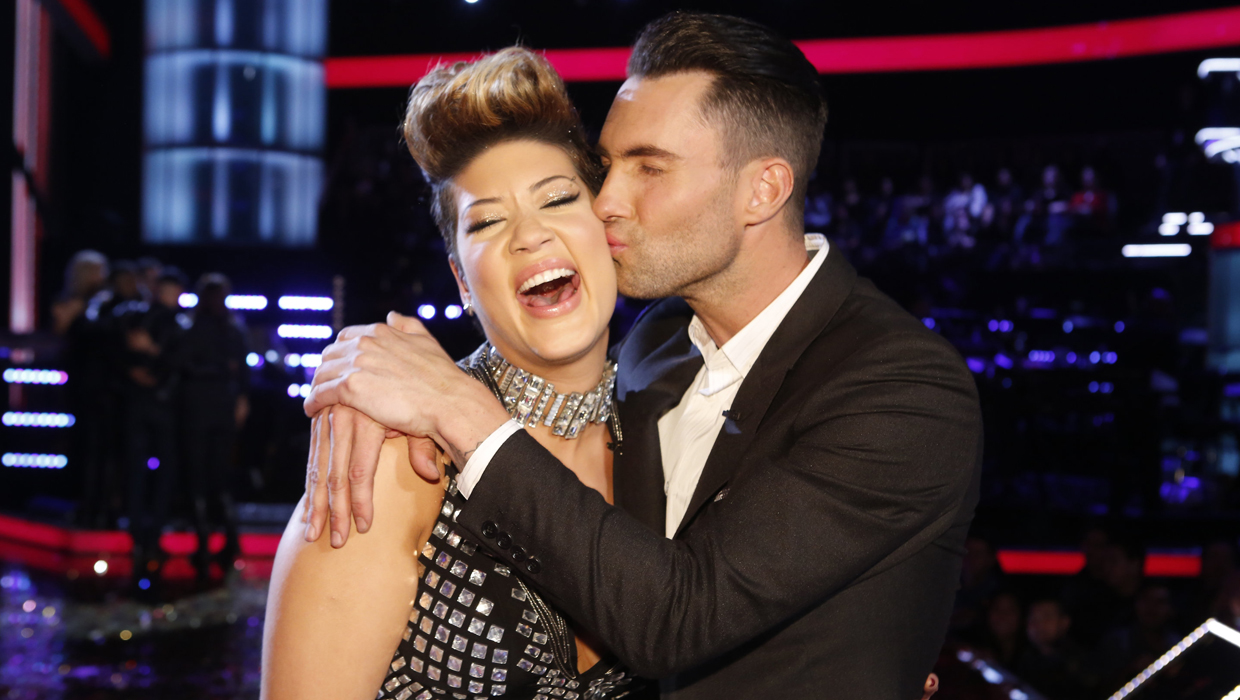 No one is more surprised by the results of Tuesday's "The Voice" finale than season five winner, Jamaican powerhouse Tessanne Chin.

"It is out of body," Chin said, holding her trophy backstage after the NBC singing competition. "I feel like, is this really happening, you know? This can't be real. Like unbelievable. Unbelievable."

The 28-year-old Kingston native had nearly given up on her dreams before landing a spot on the NBC singing competition. She called the experience "life-changing."

"I was literally at the end of a road, you know, and coming to a place in my life where I was like, am I going to keep doing this and feeling like I'm not getting anywhere? Or am I going to give this another shot? And thank God, thank God I was able to give it another shot," she said.

"It feels good man. I like to win. This is fun," Levine said after the show.

Levine's season one mentee Javier Colon was crowned the winner in 2011. Fellow coach and country star Blake Shelton then reigned supreme for the next three seasons.

Levine said he had to change his approach in order to break Shelton's streak -- a feat he ranked No. 1 on his list of life achievements.

"In the seasons past where I have kind of fallen short in my opinion, if I'm looking at it analytically, it's by not being able to give enough because I've been super busy," Levine explained. "So I tried to kind of thin things out so I could devote most of my time to just get to know these guys and instill them with the confidence that they needed to win."

Before the winner was announced, Aguilera and Lady Gaga teamed up for Gaga's "Do What U Want" in matching, iridescent outfits.

"This is the first time we've ever met," Aguilera told the crowd after their duet. "I just have to say guys, she's like the most down to earth, real person that I've ever met in this business and female to female, in this industry it's really hard to find that kind of a person."

Celine Dion, Ne-Yo, Paramore, OneRepublic and Aloe Blacc also performed during the two-hour season finale. Chin sang Dion’s “Love Can Move Mountains” alongside the Canadian songstress. Lee performed “Ain’t It Fun” with Paramore, and Champlin linked up with Aloe Blacc for “Wake Me Up.”