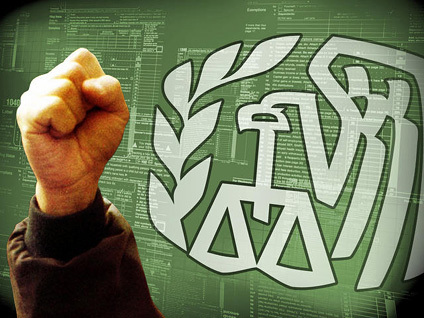 These are TAXING TIMES to put it mildly. Midnight tomorrow is the deadline for filing our income tax returns. And it comes in the midst of a heated debate that could shape our filing days for many years to come. Our Cover Story is reported by Seth Doane:

Every year in our nation's capital, cherry blossoms are a welcome sign of spring ...

But this year they coincide with another, far less welcome spectacle: Turmoil, over taxes.

With our national debt above 14 trillion dollars, has the age-old debate over taxing and spending finally reached a tipping point?

And while the two sides seem far apart, there is one thing nearly everyone agrees on:

The American tax system is "a huge convoluted mess," says Chris Edwards, who studies tax policy at the Cato Institute, a Libertarian think tank in Washington.

The American tax system is not only a mess, but an "extraordinarily complex" mess ... and not just for individuals, for corporate entities, businesses," says Nina Olson - of the Internal Revenue Service.

Of the many people who are fed up with our tax system, you might want to pay closest attention to Olson.

Since 2001, Olson has been the national Taxpayer Advocate, a key IRS position with a staff of more than 2,000.

"Congress has told me to be the voice of the taxpayer inside the IRS, and to identify the problems that taxpayers have with the IRS and also with the tax law itself," Olson said.

"So for all of us, millions and millions of people, you are our voice here at the IRS?" Doane asked.

"You've been here for ten years," Doane said. "The tax code has only gotten more complex. Is that frustrating?"

"Yes, and one could say I've failed," Olson said.

But before you blame Nina Olson and the IRS, hold on: They don't MAKE the rules, they just do what Congress tells them.

"We looked at how many changes in the tax law had occurred in the last year alone. It was something like 579 changes." Olson said.

"In one year? That more than a change every day,' Doane said. "How do you keep up?"

"I don't!" she laughed. "And I don't know how individuals or businesses keep up."

And while frustration with our overly-complex tax code might seem like a uniquely modern problem, in fact it's one of those "evergreen complaints," says Joe Thorndike, a pre-eminent historian with the Virginia-based research firm, Tax Analysts. "Just like 'I pay too much in taxes,' 'I think my taxes are too complicated.' You could ask people that 200 years ago, a hundred years ago or last week, and you get the same answer."

Take the Constitution, for example. Remember all that stuff about "We the people" and insuring domestic tranquility?

"I think that the Constitution is, in many ways, a tax document. It's designed to give the federal government a strong power to tax. And it does, in fact, do just that."

For nearly 100 years Congress didn't use that power very much, until a national crisis forced its hand.

The Civil War prompted a major change in the tax system. Congress introduced an income tax, and developed lots of new taxes on consumer goods. "And the war, you know, helps those things grow up into great big, powerful taxes," said Thorndike.

While we can blame the Civil War for introducing an income tax, it took World War II to make it what it is today.

"During World War II, they changed the income tax from something targeted just at rich people, and they made it a middle class problem," said Thorndike. "They say it changed from a class tax to a mass tax, and the rates go sky-high."

"All the data are overwhelmingly showing that for the last 30 years, we've been redistributing wealth upwards," said Syracuse Law School's Johnston. "It's not trickle-down economics; it's Niagara-up!"

Johnston, who is also a Pulitzer Prize-winning reporter, described the change in income tax disparity.

"The median wage worker in America makes $26,000, and if you're a single person making $500 a week, your total federal tax burden is significantly higher than someone who makes a million dollars a day," he said. "You'll pay almost 22 percent of your income in income and payroll taxes, or you did in the year 2007.

"And that year, the 400 highest income tax payers made $345 million on average, [and] only paid, by the same measure, about 17 cents out of each dollar."

The reason, Johnston says, is individual and corporate tax breaks ... and they both stem from the same source: Political favors.

"Companies spend huge sums of money in Washington," said Johnston. "Let me take one company that's been in the news, General Electric. Last year, they spent $39 million lobbying Washington. That's $73,000 per member of Congress and the Senate. And they're just one of many companies that are out there seeking various favors in the tax code."

The Cato Institute's Edwards says the main loopholes on the individual tax code are actually middle class benefits. He says, while it's easy to blame the rich, the reality is the bulk of tax breaks are for the middle class.

"The mortgage interest deduction, the exclusion for health care insurance - these are middle class benefits," Edwards said. "So it is true that wealthy people hire lawyers and accountants to get around, to benefit excessively from these tax code loopholes. But really, most of the benefits go to the middle class."

Edwards claims that increasing taxes on the wealthiest Americans will only further cripple an already-wounded economy.

Leo Hindery, Morris Pearl, and Dennis Mehiel don't buy the argument the rich can't afford higher taxes. And they should know ... they're all multi-millionaires.

"Every time I get a tax cut, I get richer," said Hindery. "I don't buy one thing that I don't already have. I don't put money back into the economy. I just get richer.'

"Yes," said Hindery. " I mean, I've been very blessed in my career. I've built a lot of businesses. I started with nothing. But it's been serendipity. And it was not any part of it, Seth, was supposed to come from unfair tax rates."

Media investor Leo Hindery and the others belong to Patriotic Millionaires for Fiscal Strength, a Democratic-leaning group of 200-plus millionaires who have signed petitions asking President Obama to raise their taxes.

DENNIS MEHIEL is Chairman of a major U.S. manufacturing company. His view is that paying taxes is patriotic.

"We have things we want to do as a society - they're not free," Mehiel said.

Morris Pearl is managing director of a leading N.Y. investment house with TRILLIONS in assets. He says the wealthy are "gaming the system."

"The wealthy have hugely more access to the legislators," Pearl said. "And more access to the lobbying process than the average American. You know, I pick up my phone every day and get calls from members of Congress who want to talk to me - mainly because they want donations to their campaigns."

"People would love to reach their Congressperson," said Doane. "You have them calling YOU?"

There's no doubt the issue of how much taxes millionaires should pay is important. But the IRS's Nina Olson says there's an even bigger source of un-tapped revenue that almost no one is talking about:

"Any income that is paid by check, cash, whatever that is not reported to the Internal Revenue Service, the person who mows your lawn that you write a check to, things like that, is the largest area of the tax gap, the largest area of unreporting that we have in our tax system," she said.

"People like folks cleaning a house or mowing a lawn or running a farm stand and not reporting?" Doane asked.

"Restaurants, whatever. That's a bigger dollar loss in our tax gap."

And whether it's people skimming from the bottom, or getting breaks at the top, the guy in the middle is footing the bill.

"If everybody reported their taxes properly, people would pay, per person, $2,200 less," Olson said.

It's enough to give every American a headache. But if you're feeling angry or bewildered this tax season, historian Joe Thorndike suggests you look at the big picture: From the Constitution forward, taxes have always been a critical part of the ebb and flow of our democracy.

"I think that filing taxes, even if it's a little bit painful, [is] not such a bad thing, 'cause it forces people into that moment of awareness: What kind of government do I want?" Thorndike said. "Oliver Wendell Holmes said that taxes are the price we pay for civilization. But we have to decide over and over again how much civilization we want."