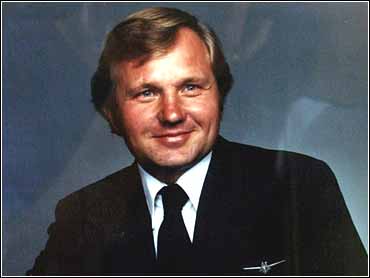 American Airlines Flight 11 was the flight that changed everything. 48 Hours reports what really happened during the flight.

There were 11 crew members on board. Jean Roger was one of the flight attendants. “My daughter loved what she was doing, and she loved flying,” says Tom Roger, Jean’s father.

"Even as a baby, she's always had her smile," says Jean’s mother Eileen. "When she walked in a room, she smiled, and just lit it up."

In the days leading up to Sept. 11, Jean was surrounded by her family. “We had a really nice family weekend. We played golf with her boyfriend. And actually, she and I beat the guys that day. She took great pride in that one. Our family has always been very close. And she was here. And we were delighted in every bit of it.”

On the night before the flight, Jean and her boyfriend Kevin celebrated his 30th birthday. His birthday was that day. "She took me out, and we had a wonderful night," he says.

On Sept. 11, Jean had to get up before dawn to get to Logan Airport in time for work. She had low seniority, and was rarely assigned to a specific flight in advance. She wasn’t specifically scheduled to be on Flight 11. Jean wanted to be on the flight, though, because it was the premier flight out of Boston.

Flight 11 was a transcontinental to Los Angeles, filled with more than 20,000 gallons of fuel. With 81 passengers aboard, the plane was half full. The movie was "Dr. Doolittle 2."

"They went out happy to do their jobs that day. And you know, they just didn’t have any knowledge that this was gonna happen," says Tom Roger.

No one knew that hours before, 96 miles away at an airport in Portland, Maine, Mohammed Atta had cleared security just minutes before boarding a commuter flight to Boston – with plans to connect to Flight 11.

Roger Quirion and Brian Guerrette were on the same commuter flight from Portland to Boston, and remember seeing Atta and Abdulaziz Al-Omari.

"They struck me as business travelers. They were sitting down, talking, seems like they were going over some paperwork," says Quirion.

"They had button-down dress shirts, you know, and the loafers," says Guerrette.

When they arrived in Boston, Atta and Al-Omari cleared another security checkpoint at Logan airport, then boarded Flight 11, along with three other terrorists. The plane took off for Los Angeles with all five men comfortably seated, two in first class, three in business.

"They were up in Albany," says Michael Pangia, an aviation exert. "What happened next, the controller sees a turn of this airplane. It's a rather abrupt turn, as we know." Flight 11 suddenly turned south, headed directly for New York. Pangia says that the hijackers could simply have followed the Hudson River all the way to New York.

The hijackers were in control. "The people on the plane, I'm guessing, were thinking that these were going to land in New York and try to negotiate," says Tom Roger.

Those on board could not know they were the first victims in a new deadly form of hijacking. They had every reason to anticipate they’d land because until 8:46 a.m. on Sept. 11 that's what happened with every other hijacking. That's what passengers expected, and what crew members trained for.

"(Jean's) training was to keep the passengers under control, and to effectively cooperate with the hijackers," says her father. "And just to get them to allow the plane to be landed where the pilots could then get into some sort of negotiation and get the passengers released."

Find out what happened next: Part 2.

New murder trial for Shayna Hubers: Why did she shoot Ryan Poston six times?
Thanks for reading CBS NEWS.
Create your free account or log in
for more features.
View CBS News In
CBS News App Open
Chrome Safari Continue
Be the first to know
Get browser notifications for breaking news, live events, and exclusive reporting.