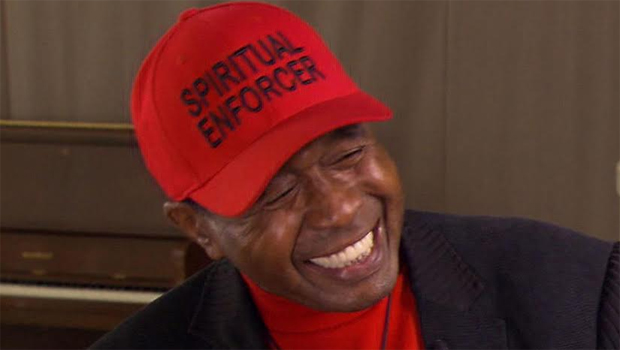 Ben Vereen made it look easy in the 1969 movie "Sweet Charity." A star of stage as well as film, he's a past Tony-winner. But his most inspiring role may be his own comeback from adversity. Mo Rocca has our Sunday Profile:

Ben Vereen is the embodiment of that old axiom, "The show must go on." What he's been through would have undone most mortals. Twenty-three years ago, Vereen almost lost his career AND his life.

But here he is, at the age of 68, warming up with his daughter, Kabara, just before showtime at 54 Below in New York City.

His nightclub act is a reminder that in the 1970s, Ben Vereen was everywhere -- in movies like "All That Jazz" ... on Broadway, where he won a Tony for starring in "Pippin" ... and on TV, where he sang and danced onto just about every variety show, from "Carol Burnett" to "The Muppet Show."

The consummate entertainer -- but his upbringing in Brooklyn might as well have been a thousand miles from Times Square.

"I had never been to a Broadway show," he said. "Because it wasn't in our vocabulary. You gotta understand something: My background did not warrant me to be on the stage. We didn't talk about theater. We watched television. We didn't talk in my home about Broadway."

That's not the only thing they didn't talk about. It wasn't until he was about 24 years old that he learned he was adopted.

"That takes the rug out from under your life," he said. "The question becomes, 'What was wrong with me? Why didn't you love me?'"

The actor who would spend decades searching for his own roots became a household name when he starred in the 1977 TV mini-series, "Roots." Vereen played Chicken George, a cock fighter who led his family from slavery into freedom.

Rocca asked, "Did you have any idea that it would be the phenomenon that it became?"

The series broke ratings records and riveted the nation.

"We had no idea the core that would hit throughout the universe," he said.

And did it immediately affect his life? "Oh yes," said Vereen. "All of a sudden, the phone was ringing off the hook."

One of those phone calls came from the producers of Ronald Reagan's 1981 inaugural celebration. Vereen decided to entertain the new president with what he meant as a commentary on the difficulties faced by early black performers.

For a television audience of millions, Vereen paid homage to the legendary vaudeville and minstrel star Bert Williams, an African-American who could only perform in demeaning blackface for white audiences.

Rocca asked, "Do you remember while you were on that stage performing, did it seem like things were going well?"

But whatever point he intended was overshadowed by the images of Ben Vereen in blackface.

"Exactly -- that's all the country saw, the world saw," he said. "And the headline in the Chicago Defender was, 'Vereen, disgrace to the race.'"

It was, he said, the beginning of a difficult period. "Yes, it was. Yes, it was. I was flying at that time. I was doing fantastic. My career was taking off. And then BAM, knocked me down. I had no friends. Everybody went (whoosh)."

Things only got worse.

Then in 1992, Vereen was stumbling along a dark road near his Malibu home. He says he'd suffered a stroke behind the wheel of his own car, when was struck by an SUV.

He says he was actually pronounced dead at one point. "When I first met Ben he was not even ambulatory," said physical therapist M.J. Liederbach, who has been working with him since 1993. "He had just had a very, very traumatic series of injuries."

But, he said, "I just could tell that he was a fighter."

"You can't let the pain stop you, or hinder you," said Vereen. "You push through it."

Doctors told Vereen it would be three years before he could walk -- and forget about dancing or singing ever again. But vocal coach William Riley helped him find his voice. "He looked at me and said, 'OK, let me hear the scales,'" recalled Vereen. "And I couldn't talk. And he said, 'Uh, OK, you'll sing again, but you'll sing differently. It'll be like driving a new car. Get used to it.' And he put me back together."

He was back on stage just 10 months after the accident.

Rocca asked, "Why are you doing all of this?"

"Because I love what I do," said Vereen.

To him, performing isn't just an artistic pursuit; it's a sacred one. "I believe the arts can heal anything and everything," he said at the Ben Vereen Awards.

And he's been working on a Broadway musical based on his own life. And in the role of Ben Vereen: who else?

Ben Vereen will turn 69 this October. And make no mistake: he's still here.

"You're 69," said Rocca. "You're already over the speed limit. You might as well just floor it."