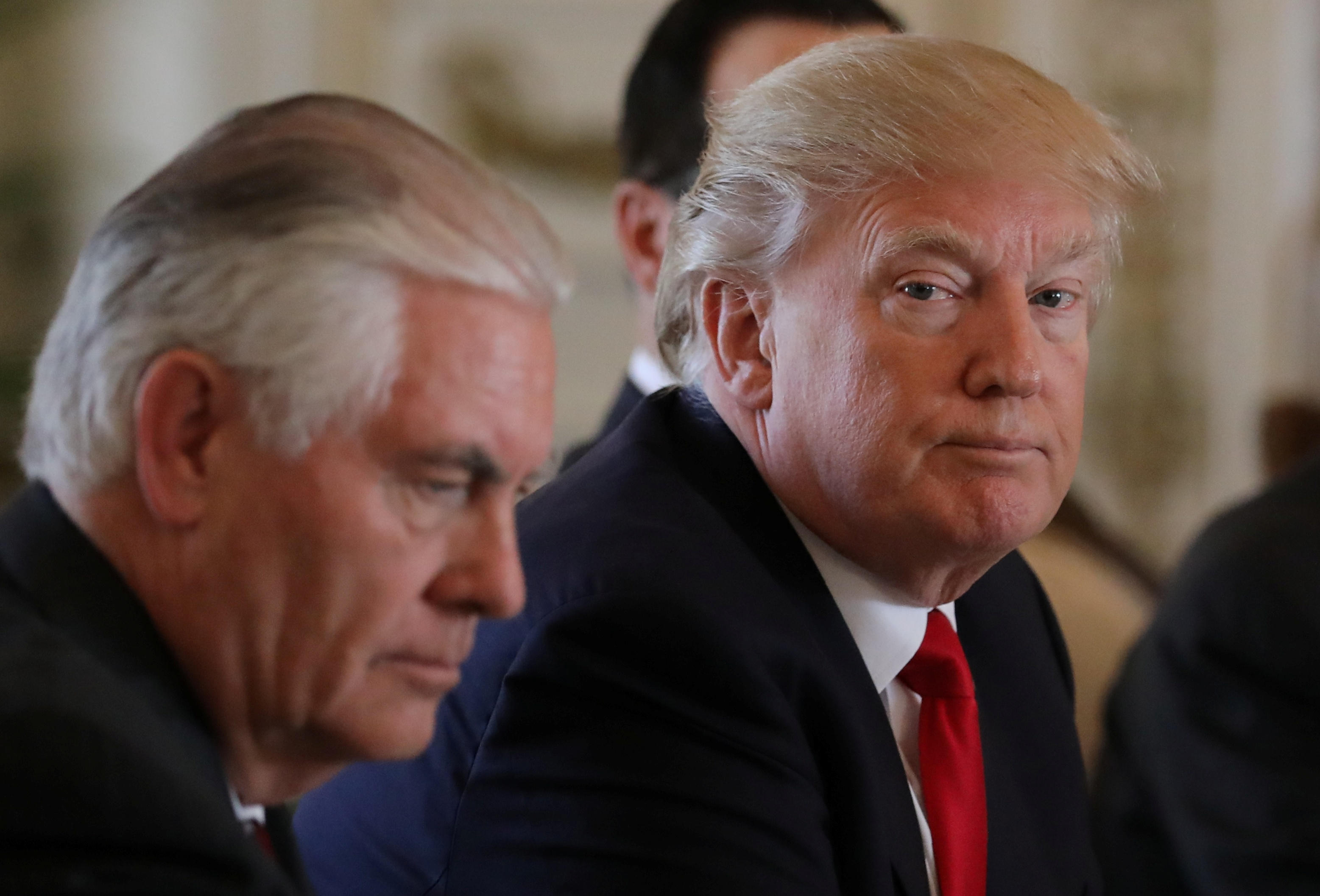 White House Press Secretary Sean Spicer laid out the timeline for the decision by President Trump to launch airstrikes against Syria.

The strike “was very decisive, justified, and proportional to the actions that he felt needed [to be] taken,” Spicer told reporters in Palm Beach, Florida, Friday. Including the Presidential Daily Briefing Tuesday morning, when he was informed of the chemical attack in northern Syria, Mr. Trump was personally involved in five meetings on the subject, Spicer said.

Mr. Trump said Thursday night that he authorized the airstrike because “it is in the vital, national security interest of the United States to prevent and deter the use of deadly chemical weapons.”

On Friday, Spicer presented a timeline of the events -- here it is, in his own words, with brackets added only when necessary for clarity.

The president was informed during the course of his Presidential Daily Briefing on Syria. He at that time asked the team for additional information and updates. The interagency teams spent the day developing an initial range of options of the president.

There was a restricted deputy committee meeting on the situation. Preliminary options were presented and refined.

[Also that night] there was a deputies meeting at the White House, where options were presented and refined, and interagency guidance was developed.

A national security meeting was convened where the president was briefed on options. He reviewed the options’ detail, asked a series of questions to his team, requested further information, and the decision to reconvene Thursday was made.

En route to Florida [for a two-day meeting with Chinese President Xi Jinping], the president convened the national security team - that was aboard Air Force One [with] others, via secure video conference on Air Force One.

The president gave the okay to move ahead.

Fifty-nine Tomahawk missiles were launched from Navy destroyers in the eastern Mediterranean. All 59 hit their target.

The first impacts began on the ground. The president informed President Xi that strikes were occurring as their dinner concluded. All along, the national security team continues to monitor the event, the situations.

Several other members were convened in the situation room in Washington, D.C. The president was updated on the effectiveness - was informed the battle damage assessment would take a few hours, but [was told] the initial results were extremely positive. He asked about reaction from foreign leaders as well as congressional leaders and was informed that there was fairly unanimous praise for the decision and the action the president took.