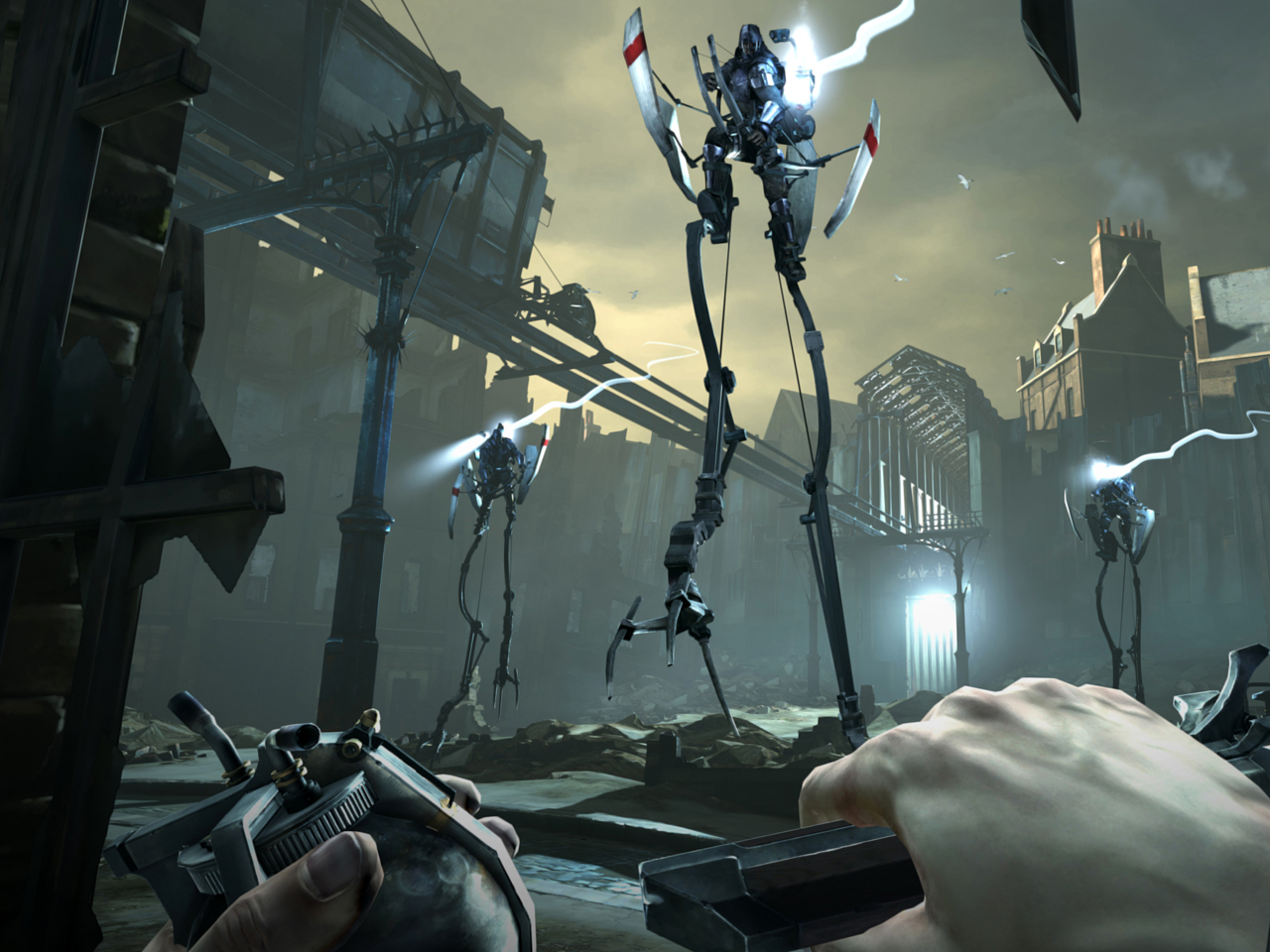 The video game universe in 2012 is a study in extremes.

At one end, you have the old guard striving to produce mass-appeal blockbusters. At the other end, you have a thriving community of independent game developers scrambling to find an audience for their idiosyncratic visions. Can't we all just get along?

Turns out, we can. For while some industry leaders are worried (and not without cause) about "disruptive" trends social-media games, free-to-play models, the switch from disc-based media to digital delivery video games are blossoming creatively. This fall, during the height of the pre-holiday game release calendar, I found myself bouncing among games as diverse as the bombastic "Halo 4,'' the artsy "The Unfinished Swan'' and the quick-hit trivia game "SongPop.''

Some of my favorite games this year have benefited from both sides working together. The smaller studios get exposure on huge platforms like Xbox Live or the PlayStation Network. The big publishers seem more willing to invite a little quirkiness into their big-budget behemoths. Gamers win.

2. "Mass Effect 3'' (Electronic Arts, for the Xbox 360, PlayStation 3, Wii U, PC): No 2012 game was more ambitious than BioWare's sweeping space opera. Yes, the ending was a little bumpy, but the fearless Commander Shepard's last journey across the cosmos provided dozens of thrilling moments.

4. "Journey'' (Thatgamecompany, for the PlayStation 3): A nameless figure trudges across a desert toward a glowing light. Simple enough, but gorgeous visuals, haunting music and the need to communicate, wordlessly, with companions you meet along the way translate into something that's almost profound.

5. "Borderlands 2'' (2K Games, for the Xbox 360, PlayStation 3, PC): Gearbox Software's gleeful mash-up of first-person shooting, role-playing and loot-collecting conventions gets bigger and badder, but what stuck with me most were the often hilarious encounters with the damaged citizens of the godforsaken planet Pandora.

6. "XCOM: Enemy Unknown'' (2K Games, for the Xbox 360, PlayStation 3, PC): A strategy classic returns, as the forces of Earth fight back against an extraterrestrial invasion. It's a battle of wits rather than reflexes, a stimulating change of pace from the typical alien gorefest.

7. "Fez'' (Polytron, for the Xbox 360): A two-dimensional dude named Gomez finds his world has suddenly burst into a third dimension in this gem from indie developer Phil Fish. As Gomez explores, the world of "Fez'' continually deepens, opening up mysteries that only the most dedicated players will be able to solve.

8. "Spec Ops: The Line'' (2K Games, for the Xbox 360, PlayStation 3, PC): This harrowing tale from German studio Yager Development transplants "Apocalypse Now'' to a war-torn Dubai. It's a bracing critique, not just of war but of the rah-rah jingoism of contemporary military shooters.

10. "ZombiU'' (Ubisoft, for the Wii U): The best launch game for Nintendo's new console turns the Wii U's GamePad into an effective tool for finding and hunting down the undead.