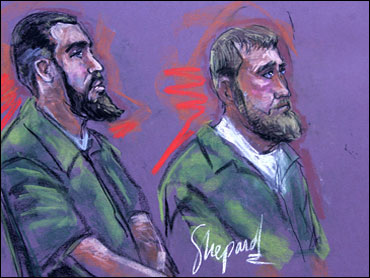 So they caught a group of would-be terrorists in New Jersey. They planned to go into Fort Dix and murder soldiers. Authorities have tape of these guys talking about jihad, and we know they had guns and went to Pennsylvania to fire them. The government says these guys were trying to buy a grenade launcher.

Looks like terrorism. Sounds like terrorism. These guys are terrorists, right? But where is the celebration? Maybe it's because we don't trust what we've been told. The last big terrorism bust in Miami turned out to be a bunch of blowhard incompetents.

These guys seem smarter, to be sure. But you get the feeling maybe they are more like the Michigan militia than the Mahdi army. That's talkers, not fighters. I hope the government's case is ironclad, that we can see a trial and re-learn that the threat of terrorism on U.S. soil is still real.

I hope these guys were not just caught being stupid.